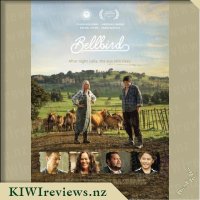 In the wake of the loss of his beloved wife, a rural community rallies around a farmer to help him deal with his grief. 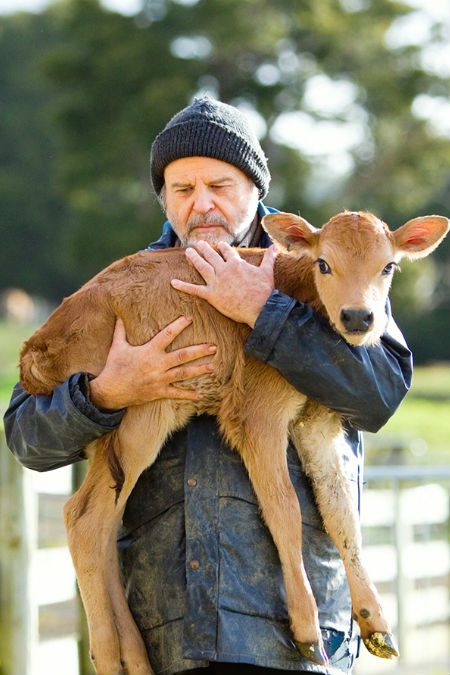 It's quite odd to think that when my immediate family went overseas to see our extended family, we would take over some copies of Once Were Warriors to describe New Zealand culture to those that were curious. While the content is not the most flattering representation, it was quite an accurate portrayal of our language, as well as our drinking and domestic violence culture. Written and directed Hamish Bennett, this feature-length debut could very well be the first New Zealand film that I have seen since Once Were Warriors that is so quintessentially Kiwi.

Bellbird perfectly captures the essence of the traditional kiwi male. A hard-working dairy farmer, that doesn't think twice about being up before dawn to ensure his cows are milked on time. It's simply a way of life. A low-frills life that doesn't require people to talk a lot, our patriarch Ross (played by Marshall Napier) is the strong and silent type, ever-stoic and stubborn to a fault, he embodies that tough guy credibility that many nations have thought only exists in our rugby teams. This "suck it up" mentality, however, is also the same way of thinking that has led to New Zealand having the highest youth suicide rates in the world. It makes Bellbird all the more poignant as we observe a father-and-son relationship that struggles because of an inability to communicate.

The cinematography is suitable. There is nothing overly fancy, and it mirrors this simple kiwi family's lives. Cinematographer, Grant McKinnon, makes use of the constantly moving day and night cycle, and the seasonal changes to show progress through the film, making use of predominantly natural light to give those scenes in the dark, some extra impact. It is an ideal approach and direction for the film because it is not dialogue-heavy. In fact, if it were dialogue-heavy, it would feel less authentic.

The framing of each shot and the brilliant acting from Marshall Napier and Cohen Holloway (who plays Ross' son Bruce) works brilliantly with this screenplay. The focus is not on what is being said. Quite the opposite, the focus is on what isn't being said. Bennett manages to manipulate the scene in such a way that it communicates so much more than what we are told or shown. The score is perhaps the most talkative aspect of the film. It hits those emotional highs that the characters are unable to--or specifically making a choice not to--display. All of the acting is well done. Napier and Holloway are great representations of the old and new generations, with Rachel House (who plays Connie) injecting some much-needed humour into this subtle dramatic piece.

There is a lot to like with Bellbird. It encapsulates that rural kiwi culture so well, from our cursing to childish retaliation, our creative ingenuity to our strong sense of loyalty. The trailer really doesn't do it justice. It's slow but it is precise, and it has a lot of heart.

In 1985, Russian boxer Ivan Drago killed former U.S. champion Apollo Creed in a tragic match that stunned the world. Against the wishes of trainer Rocky Balboa, Apollo's son Adonis Johnson accepts a challenge from Drago's son -- another dangerous fighter. Under guidance from Rocky, Adonis trains for the showdown of his life -- a date with destiny that soon becomes his obsession. Now, Johnson and Balboa must confront their shared legacy as the past comes back to haunt each man.