The Veil of a Thousand Tears review 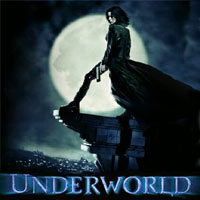 If you haven't seen it, do so now.

Once again we return to a world where its always night time and always raining. But what type of vampire versus werewolf movie would it be if it had gorgeous days with the flowers blossoming?

As mentioned before, vampires versus werewolves, what an awsome plot with twists and turns throughout the storyline to keep you guessing and on your toes. Has a very Matrix'y feel to it with all the special effects, which were very real and cool to watch.br>
A semi enjoyable movie, with a good acting cast. Yet for me the movie felt as if it stayed on one tone all the way through, nothing really to get you going "ooooooooooh ahhhhhhhh so thats why" type of thing.

Would I pay to see it again? Yes. Ever since I watched my first Dracula movie, it's been interesting to see the new twist on Vampires. The modern Vampires are almost a part of every-day life, a lot more viciously cunning, and much more powerful. I LOVE it.

I have found the ideas of mythical or legendary beasts fascinating, and the basis for this movie 'a secret society of Vampires at war with an equally secret society of Lycans (Werewolves)' I found really quite intriguing. This is going in my collection for sure, for the Vampire vs Werewolf thing, and also coz I think it deserves it... :)

Lastly, I would like to talk about the website as well. Yes, it did use a lot of the Shockwave plug-in, and yes, it was kinda slow because of it, but I think it was well worth the time it took to download.

Firstly, you have to accept the idea that this movie shows a world hidden in plain sight, a world where Vampires (The Bloodlines) and Werewolves (Lycanths) are at war, and have been for most of recorded history. If you can do that, you'll enjoy this movie.

Would I pay to see it again? Yes, but only because I used to play an RPG that shared a world with Vampires and Werewolves, and I like the 'mythos' behind them. Ever since 'Blade' it's been interesting to see the new twist on Vampires. No more, the corny "I vant to suck your blurd", the modern Vampires are much smarter, much more hidden in plain sight, and much more powerful. Now add in Werewolves, and you have The World of Darkness (which may be copyrighted by White Wolf Games, so sorry guys, think of it as free promotion).

Attention Span was ranked high, because I was busy staring at the shadows to see what was hiding there... very well done folks, you had me hooked. I was comparing the plotlines to what I 'knew' from the RPG and found it to match very well.

Believability, well, ditto I guess. If you are willing to accept that it is POSSIBLE (after all, myths have to start with some small nugget of truth, and they say the Devil's best trick was to convince us he is a myth, so...) then this movie could be thought of as more a documentary than a work of fiction.

Lastly, I used this 'spare' slot to rate the movie's homepage. Very tasty! I was surprised to see an interesting download on it, a HalfLife Mod! If you have the required version of the game, this wee mod puts you in the movie nicely, according to the screenshots. Only thing was the site took a while to load, since it made extensive use of FLASH and other browser plugins. I liked the "Timeline" in the Vampire section, but did not have time to fully explore the site.

Overall, the movie was good, the site was great, and I will probably be adding this one to my permanent library of DVDs when it is released for sale.