« Thomas and Friends - The Lion of Sodor review 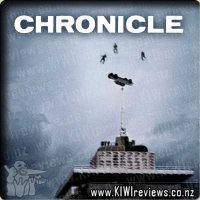 Disclosure StatementFULL DISCLOSURE: A number of units of this product have, at some time, been supplied to KIWIreviews by the company for the purposes of unbiased, independent reviews. No fee was accepted by KIWIreviews or the reviewers themselves - these are genuine, unpaid consumer reviews.
Available:
in cinemas from February 2012

When I first saw the trailer for this movie my first thought was 'Oh boy, here we go again.' I had no interest at all at seeing it at the cinema, but had we had the money we probably would have due to my husband. We ended up borrowing it when it came out as a new release.

The only slight issue I had with the movie was that I knew who was going to crack and turn bad, and this was because his was a generic character, the kid who's lost/loosing a parent and the other parent doesn't care/is abusive. But, in saying that, it was done so well that I didn't mind that fact.

This is a movie that I'd be happy to add to our collection, and watch again. And it's also one of the few movies I wish that I had seen on the big screen.

In this day and age of ultra-realistic special effects, it must be said that the amazing is almost commonplace on screen now. Even so, some movies manage to bring something extra to the table... the little things can make or break it. It was attention to the finer details that saved this movie from being another 'Cloverfield'or 'Blair Witch Project'. Tiny tendrils on a giant crystal, vapor trails off shoes, dust and pebbles floating, ripples on a pond... all too easily slipped up, but not here. I offer my sincerest admiration to the digital crew for their almost 'paranoid' attention to the tiny details.

The rest of the movie... well, that was another flavoured pie altogether. Shot in the first-person 'amateur home movie' style, this is the story of two everyday College seniors who make an amazing discovery - while drunk - and who rope in the social misfit because A) he has a camcorder handy, and B) happens to be the young cousin of one of the discoverers. The style struck me as more of a sneak-peek at a video diary than anything else. Sure, it's a style that hasn't been thrashed to death... there's a reason for that - it's not the greatest style unless handled with great care. Well, in my personal opinion at least. Filmed in a more regular '3rd person perspective' style I think this movie would have been far more impressive... although it would have involved some slight adjustment of certain plot elements. None the less, using the narrative style, this wasn't a total failure by any means.

Having done nothing of any real significance since directing some episodes of 'The Kill Point' back in 2007, Josh Trank perhaps didn't pick the best option to get back into the Directorial chair with this one, but I have to give him points for hitting the ground running, despite a few stumbles and a less-than-blockbuster budget. Taking his own style to this proved spectacular in places, but also somewhat haphazard in others, and wasn't helped at all by the horrible filming jerks and jumps so much the trademark of a n00b with a camcorder, despite that being exactly the style aimed for. Thankfully, these jerks smoothed out as the movie progressed and the protagonist gained skill and 'the subtle touch' with his telekinetic abilities.

Now, in true 'Sh*t Sandwich' style, here's the second slice of good points... Some of the scenes were utterly brilliant, and so well done they were worthy of being done in 3d. Scenes such as 'The most awesome game of football EVER!', 'Flight to the Llamasary' and 'The Talent Show Magic' were, in my opinion, some of the most entertaining scenes I have seen on the big screen in months! Had this been done less like 'Blair Witch' and more like 'Super 8' I think it would have kept it's gritty style without suffering as badly from the 'trashy home movie' effect. On a more interesting note, it's intriguing to see how one of the characters - clearly a bit of an 'intellectual in hiding' kinda guy - starts to make some interesting analogies about the newfound powers, likening them to a muscle that builds in strength when exercised carefully, but causes 'tears' when pushed. These 'muscle strains' are evidenced by nosebleeds. This is a cinematic trope that is quite well established, though painfully overused in almost every example of mind-powers-gone-too-far.

Overall, the movie has a lot of potential, and for some it will rank right up there, and for others it will be an excuse to see if they really can convince the cinema to issue refunds. Personally, I think the actors did an amazing job. The casting was almost entirely spot-on, and Dane DeHaan in particular was brilliant as the Average Jo Americana 'Anakin Skywalker'. His manic video-diary footage was very well done... and the lad would have done well working in the wrecker's yard.

It's going to be a gamble... so be prepared for either outcome.