« P is for Pterodactyl review 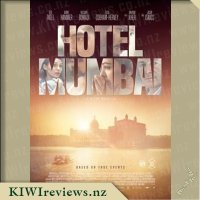 Disclosure StatementFULL DISCLOSURE: A number of units of this product have, at some time, been supplied to KIWIreviews by the company for the purposes of unbiased, independent reviews. No fee was accepted by KIWIreviews or the reviewers themselves - these are genuine, unpaid consumer reviews.
Available:
in cinemas 14 March 2019

In 2008 the Taj Mahal Palace Hotel in Mumbai becomes the target of a deadly attack by Pakistani militants. Dozens of people are held hostage as fire races through the building. 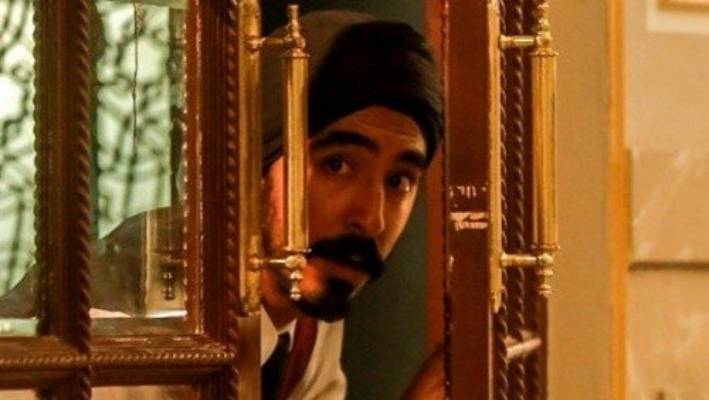 I vaguely remember the Mumbai attacks in 2008 but was unsure of the gruesome details. Some quick research revealed that the attacks took place over a four-day period in a number of locations, from a railway station, to a movie theater to a restaurant. More than 160 people died and more than 300 people were wounded. Hotel Mumbai gives us glimpses of the terror attacks before focusing on the real-life siege that took place at the famed and luxurious Taj Mahal Palace hotel.

The opening sequence shows the terrorists arriving by rafts, listening to a speech from their leader, who is never seen in the movie, telling them to carry out their mission. According to his twisted views, nobody in the city deserves to live and God is on their side. Snippets or these transmissions are heard throughout the films and although these killers are despicable, they are portrayed as more human as you can see doubt and uncertainty in their eyes.

Hotel Mumbai focuses on a small group of guests that are thrown together by circumstances. The group is a motley mix that consists of a newlywed couple (Armie Hammer and Nazanin Boniadi), their baby and au pair (Tilda Cobham-Hervey) and a wealthy, Russian oligarch (Jason Issacs). These characters are all fictional, as is waiter Arjun (Dev Patel), a local man. Arjun's boss, head chef Hemant (Anupam Kher) is based on a real-life individual. The casting is excellent with stellar performances from Patel and Kher who carry the film. Indeed, the cast, from the terrorists to the hotel receptionist, put in stellar performances.

Director and co-writer Anthony Maras has done a good job of balancing the real-life tragedy with mainstream action although there is a lot of cold blooded killings. Some of the scenes are brutal and may be considered gratuitous but tension is often relived by acts of heroism from staff that have stayed to protect their guests. Having first hand news footage of the siege interspersed throughout the film helps to add an extra element of realism to the film.

I found Hotel Mumbai to be a impressive, shocking and at some stages, rough viewing. Although it's dramatised, Hotel Mumbai gives you a good indication of what guests and staff had to endure during this horrific siege. It's also a chilling reminder that with any act of terrorism, there are acts of heriosm that should be recognised and never forgotten.

Sadly enough, I didn't even know about the 2008 Mumbai attacks. Not until I saw the trailer for this film and noted that it was based on a true story. A true story where 10 members of an Islamic terrorist group carried out an attack that killed over 160 and wounded over 300 people.

It is interesting to note that this is actually an Australian film, and I think that is a reason why the film is rooted more closely in reality. Needless to say, when I see a film says that it is based on a true story, I like it when the film tries to be as close as possible. Not just sum the event up into a single line of plot and make the rest up. Hotel Mumbai has great attention to detail that shows how much effort the production crews and writers went through when interviewing the survivors to determine the direction for the film. There are certainly some aspects that definitely feel "added" into the film, like the inclusion of an Australian tourist at the start of the film (who is removed from the storyline pretty quickly), but that looks more like a decision made to get funding rather than to help with the plot.

There is another interesting aspect that really subverted my expectations, and while I won't go into too much detail, to avoid spoilers, while the marketing still really pushes the Western actors in the film (Armie Hammer, Dev Patel, Jason Isaacs, and Nazanin Boniadi), unlike Hollywood films, there isn't really a "white saviour" element to the film, which was refreshing.

Outside of the main five actors, there are some brilliantly genuine performances from the supporting cast. Not large roles by any means, but they leave quite the lasting impact. Whether it was the women at the reception desk or the chefs in the kitchen, they managed to create an atmosphere full of not only fear but of courage also.

An aspect that I was really impressed with, was the overall direction of the film. There was an opportunity here to paint the terrorists as one-dimensional villains. Characters that the audience would not even characterise as human due to the lack of empathy and violence that they display. But the antagonists are actually quite well developed. The audience is made aware of the terrorist's motivations (and they aren't selfish reasons) and highlights how religion is used effectively by militants to radicalize youth. Especially as religion has been a source of much conflict in India. Seeing both the fun and the struggles from both sides creates are much more rounded story and allows a more balanced performance that at times has us empathising with the antagonists.

I mention fun because there is still a sprinkling of comedic elements in the film. While slightly out-of-place in such a dark and gritty film, these little moments (about pork, nipples, and names) reduce the tension to something more bearable for the audience, and again helps with empathy. Another handy element that likely reduced their budget but and prevented the film from becoming too dark, was how the framing of the shot would often leave the gorier details just slightly off-screen. You don't necessarily get the visual element from the victim's side of things, but you still get the full gravity of the moment as your focus switches to the antagonist instead.

While the antagonists end up quite well developed, the protagonists don't get the same attention, unfortunately. With the film beginning right before the attack, we only get a gauge of how poor some of the workers are, and how affluent and important the western guests are to them. Beyond that, there is very little development on the protagonist side. It is still thrilling to watch purely because this sense of unknown puts them at risk at several points as you don't know what their motivations are.

As far as the individual cast members go, Dev Patel carries this film with ease. The standout performance, he fits the role perfectly and is engaging throughout. Armie Hammer and Nazanin Boniadi have convincing chemistry onscreen, but Hammer is, unfortunately, playing out the same role that he does in every movie. The man just doesn't have great depth when it comes to exhibiting facial emotions. His role certainly does help when it comes to subverting expectations set by decades of Hollywood films, however.

As far as cinematography goes, there is a fair amount of Handycam footage in the film, which does mean some action scenes early in the film are very much shakycam, but as the film progresses the style really brings a more personal touch to the viewer and immerses the audience in the film. I can't actually believe the whole movie (with the exception of external shots) was filmed in Adelaide. The details in the set design were impeccable, and it feels like you are genuinely there. The Taj Hotel manages to look spacious yet simultaneously claustrophobic, and it plays well into the suspense and tension of the film.

Visually, the film had a nice colour scheme with some contrasting gold and blue hues. But the CGI did let the film down. While minimally used, the presence of fires was very clearly CGI, and it did look a bit cheap. On the audio side of things, I couldn't tell you a thing about the score or soundtrack (or even if there was any) the film was so tense from start to finish, that I never got a chance to focus on the sound. I only really noticed the absence of sound, when a threat would result in a complete hush from both the actors on screen and the audience.

Hotel Mumbai does struggle a bit with the pacing in the middle slightly. As the film is near enough just the one plot arc spread across the entire film, there was little to accelerate the pacing or cause a shift in behaviours. So engagement did drop a little towards the second half, until the climax of the film.

This film is definitely a great thriller, but the development of the antagonists was both a good and bad choice. It humanised the attackers, and while it helps the audience understand their motivations, it leaves you feeling very much uncomfortable throughout the film. There isn't really a great payoff or big satisfying end to the film. It certainly does end, but the gravity of every death stays with you to the point that you cannot celebrate, or leave the film content. You still feel that sense of dread and emptiness long after the film ends.

Though he is famous across the ancient world for his larger-than-life exploits, Hercules (Dwayne Johnson), the son of Zeus and a human woman, is haunted by his tragic past. Now, he fights only for gold as a traveling mercenary, accompanied by a band of loyal followers, including Amphiarus (Ian McShane) and Autolycus (Rufus Sewell). However, when the benevolent ruler of Thrace and his daughter seek his help in defeating a savage warlord, Hercules must find the true hero within himself once again.