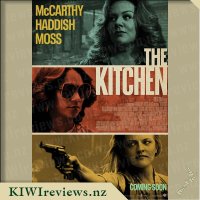 Disclosure StatementFULL DISCLOSURE: A number of units of this product have, at some time, been supplied to KIWIreviews by the company for the purposes of unbiased, independent reviews. No fee was accepted by KIWIreviews or the reviewers themselves - these are genuine, unpaid consumer reviews.
Available:
in cinemas 29th August 2019 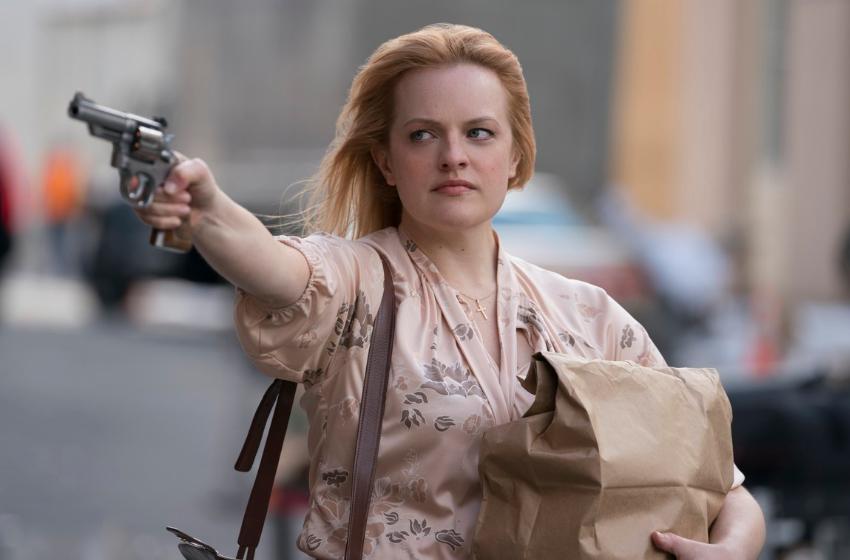 In a world dominated by Marvel films, it's easy to forget that some aspects are grounded in reality. Such as locations. Hell's Kitchen, for example, is not a fictional apart of New York City that Daredevil patrols. It is a real place and is the setting of this crime-drama, based on a DC graphic novel. If you have read the graphic novel (also simply called The Kitchen), I would recommend treating the film like a completely separate entity. If you haven't read it yet, I implore you to read it after seeing the film. I make this recommendation, as - while the film follows the broad strokes of the graphic novel's plot - there are a lot of changes and divergences (not dissimilar to comparing the Game of Thrones television series to the books).

The majority of the movie-going audience would not have read The Kitchen (authored by Ollie Masters, illustrated by Ming Doyle), so I'll try to limit any comparisons.

If you keep up with my reviews, you will know that I absolutely love when comedic personalities take on dramatic roles. Seth Rogen in Steve Jobs, Bill Murray in Lost in Translation, Adam Sandler in Punch Drunk Love, or Jim Carrey in Eternal Sunshine of the Spotless Mind, they all manage to put on a truly brilliant performance, becoming an engaging and genuine character once they tone down (or turn off entirely) the slapstick humour that they may be known for. The Kitchen brings two comedians - Melissa McCarthy and Tiffany Haddish - into a dramatic role, and for once, McCarthy isn't making me cringe (much).

The film focuses on three main protagonists; the verbally abused and belittled wife (Tiffany Haddish), the physically abused wife (Elisabeth Moss), and the token wife and mother of two children (Melissa McCarthy). Each character begins the film with their own form of handicap, which leaves them unemployable and in dire straits after their husbands are jailed, pushing them towards a life of crime. The premise allows a lot of room for character development arcs, and while the 103-minute runtime does restrict a lot of that potential development, there are still some really engaging moments. As a member of the audience, we want to see Moss' character overcome her fears and fight back against the men that have physically and mentally scarred her for much of her life. We want McCarthy's character to be able to earn enough to feed her children.

Where it is lacking is in the motivations of the wives. With very little time spent at the start of the film developing the characters, once the initial goal is complete, there is little that directs the narrative of the film. The audience does not know why the women continue on their quest for power, and it loses the sympathy and empathy we hold for the characters.

The Kitchen is, by all means, a slow burn. There are exciting moments and events, but they are frequently skimmed over through the frequent use of montages and a dominating (though admittedly enjoyable) soundtrack. The film ends up providing reveals that don't feel organic and don't feel earned. What is meant to be an "Oh my gosh! I can't believe it!", instead, gets an "Oh.". There are the odd scenes that drag for far too long, and despite a really well-done hair, costume and set design, the lighting makes things come across as flat and bland.

There is still a lot to like about the film. Like 2018's Widows we get to see a traditionally male story conveyed from the female perspective. A lot of effort is made to try and come up with scenarios and methods that oppose how crime dramas have formulaically been done before. There is also a lot of gratuitous violence. The gore is more often implied, with most aspects of gore occurring off-screen leaving only some blood in the frame. The more subtle approach means The Kitchen can gain a wider appeal with an R16 rating instead of an R18.

What is missing (at least what would make the film great, in my opinion), is the concept of difficulty; complications and struggles. Outside of the opening scenes, or protagonists are not challenged. Every obstacle is overcome with ease, and it makes a great story subpar. It is the aspect that the graphic novel does really well; instilling that fear and concern over the struggles of the protagonists. When things are too easy, we stop caring. In that respect, the little bits of comedy that find their way into the film - while not out of place - lift the tone of the film, releasing any tension, and losing that sense of suspense.

The premise is good, and it's refreshing to get a female perspective to a story we have seen many times before, but it lacked that dark and powerful presence that one would expect from a mafia-inspired story. The Kitchen is a competent film but it feels like the plain cracker you use to cleanse your palate; structurally fine, but lacking flavour. Still, it's a step in the right direction and is great to see manga and graphic novels being more commonly adapted into films.

Kristen Wiig (Bridesmaids) stars as Imogene, once a promising young New York playwright whose promise has fizzled, thanks to a crisis of confidence. Heavily in denial about being dumped by her society boyfriend, Imogene uses her skill for drama to stage an elaborate fake suicide as an appeal for his sympathy. But her attempt backfires when she's put into the custody of Zelda, her estranged gambling addict mother (Annette Bening - The Kids ... more...