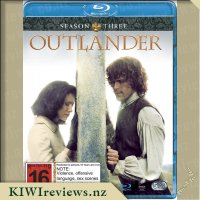 What if your future was the past?

The third season of Outlander picks up right after Claire travels through the stones to return to her life in 1948. Now pregnant, she struggles with the fallout of her sudden reappearance and its effect on her marriage to her first husband, Frank. Meanwhile, in the 18th century, Jamie suffers from the aftermath of his doomed last stand at the historic battle of Culloden, as well as the loss of Claire. As the years pass, Jamie and Claire attempt to make lives apart from one another, each haunted by the memory of their lost love. Separated by continents and centuries, Claire and Jamie must find their way back to each other. As always, adversity, mystery and adventure await them, and the question remains: When they find each other, will they be the same people who parted at the standing stones all those years ago? 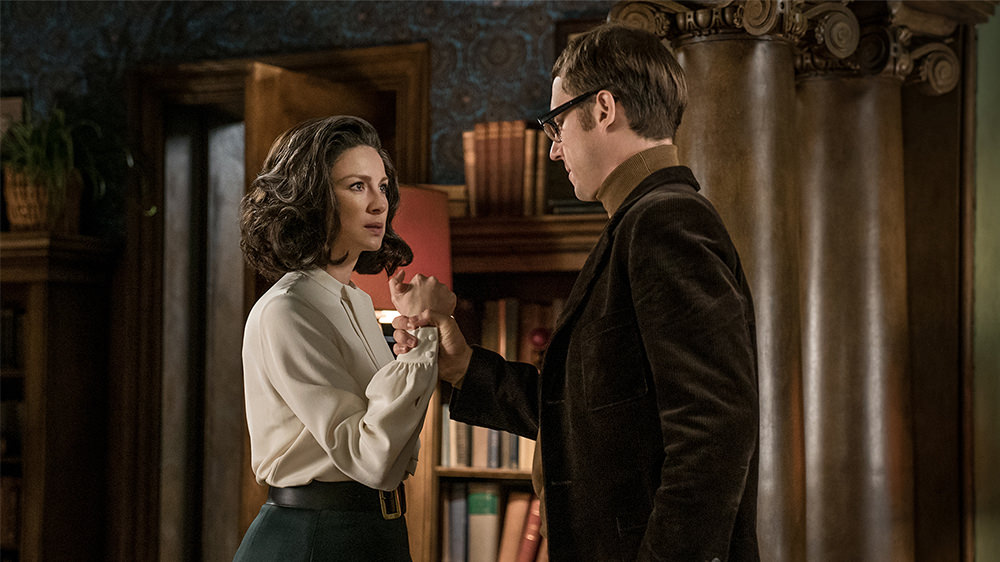 Outlander sounded like an interesting premise; while I wasn't too worried about the drama and romance side of it, the fantasy element of a period piece within a period piece caught my fancy. A married World War II nurse, who somehow gets transported back in time 200 years to Scotland in the midst of the Jacobite risings (specifically around the time of the Battle of Culloden). Trapped amongst battles between Scottish and English, based on real historical events. It really piqued my interest. I had but one concern; I hadn't seen Seasons 1 or 2.

An attempt to read through the Wikipedia summaries of the episodes proved to be of little help, as the names meant nothing to me and were forgotten as soon as I read it, so I just went all in and watched it. Thankfully each episode started with a short summary of the important plot points to remember, and I can visually start linking these plot points together. After an episode and a half, I was fully caught up with the characters and had no issues with familiarising myself with the plot. That alone should tell you a lot about the strength of the writing and acting involved, especially in a series that is one continuous story with season-spanning story arcs vs other simple episodic shows that don't require context.

Immediately the show starts off and our protagonist Claire is back in the "present" time (1948) with her present-day husband, pregnant with her "past" husband's child. It is quickly surmised that time travel is not a particularly difficult task for those in the know, but what prevents frequent travels is, in fact, the drama portion of the show. A love triangle between this woman and her child, and the two men living 200 years apart, who are aware of each other's existence, but will never meet face to face; it places all of the control, but also all of the pressure in the relationships squarely on Claire's shoulders.

It is almost physically painful to watch a man who has loved his wife, loses her, and gets her back to find she now loves another man. And to watch the other man, who believes his wife is lost forever and gives up on life entirely, the show pulls on a lot of emotional strings.

The attention to detail is magnificent, and the separation between the 1900's and 1700's is clear at any point, through the architecture, transportation methods, and clothing. Even between the times, there is an obvious difference in the personalities and behaviour of "present-day" Claire Randall, and "past" Claire Fraser.

The film does not shy away from the way things were, and murder, rape, disease, piracy are all openly discussed and included, though the nudity is minimal, the intent is very clear. It all makes for a compelling series, whether you like fights between Highlanders and the British, pursuing pirate upon the open seas, or simply yearning to see the opportunity for a romance to be rekindled, Outlander is definitely worth a watch.

It is certainly a time-consuming venture, however, so be warned as the season is comprised of 13 episodes, varying from around 50 to 80 minutes each, giving you over 12 hours of content, not including the special features.

The Winery Tour is about three things that are great about New Zealand: our music, our wine and our scenery. From its beginning in February 2007, the Winery Tour has celebrated this country and its people. It is 100% New Zealand.

The Winery Tour was conceived in the summer of 2006 when promoters Brent Eccles and Campbell Smith were ... more...