ProdID: 61 - Pizza Hut - Delivery - Palmerston North
Located: Most of them 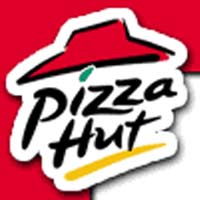 Choose from the Meal Deals, or make your own order.

You can also order by TXT, or Pick-Up, or Dine-In!

Call for current prices and specials, or check out the website on www.pizzahut.co.nz

We decided on Pizza Hutt delivery for dinner to feed five last week.

We rang the hotline, and spoke to a young girl. She wasn't very helpful, and didn't really know much about any specials or deals going. The most annoying part of the conversation was when we told her our address, and she could not locate this on their computer system. She kept us on the line for several more minutes, asking us to explain exactly where our street was and to spell all the street names it is near (we listed about three). Our street isn't exactly in a secret location - it is located a couple of streets off Maxwells Line, which I thought was a pretty common area. Anyway this got very frustrating, especially since we were making the call on a cellphone. Are maps still around these days??? Surely if the computer system couldn't find the street, Pizza Hut would have a map handy?

So, finally she located the address on the system - after chewing through my phone credit. We were told our order would be here in 45 minutes. So we sat and patiently waited.

Almost an hour later it arrived. There was almost chaos when the delivery girl appeared to have forgotton our garlic bread, but then found it in the car. She also asked us for $1.20 MORE than we were quoted on the phone. We only gave her what we were quoted, which was $42 for 3 large pizzas and 2 garlic breads. Communication between staff obviously needs to be a bit better!

So how was the food after all that? Well I thought it was quite tasty. We got a hawiian, an italian, and a meatlovers pizza. There was plenty of topping on each pizza which was good. Some of the pieces were cut very unevenly, so you ended up with a few tiny pieces and some very huge pieces. The garlic bread was pretty good - average, but good.

Overall I wasn't really happy with the service from both the operator and the delivery girl. Nothing too serious but still not good enough. And I thought $42 was quite expensive for Pizza Hut pizza and garlic bread, which isn't exactly gourmet.

After the last run-in I had with this lot, it was with some trepidation that I decided to redeem the voucher they issued, replacing the whole order from last time. The problems started with the call centre operator demanding the voucher number from me, but seemed unable to explain WHICH of the three sets of numbers written on the voucher he wanted. He also demanded that I give him the numbers NOW, despite me informing him I was driving at the time. So, in the end, I had to stop in the middle of the road, get out, hold the phone in one hand, the voucher in front of the headlights, and read off ALL the numbers until he was happy.
The food arrived on time, was at the right temperature, the right sauces, but the delivery guy forgot the bottle of drink. No worries, he was apologetic, sincere, and offered to return right away with it, which he did, so no real issue with him on that score.
In the end, I was still disappointed with the treatment I received, and made sure to inform the helpful chap at the call centre who helped me last time, Carl (sorry if it's a K mate) and the regional manager that they have successfully driven away another customer. Good Bye Pizza Hut, and I am glad to be rid of you! You SUCK at service.

The order was simple. A large Meat Lovers pizza on thin crust base, a bottle of drink, 2 boxes of Chicken Tenders with the Rancho dipping sauce and a garlic bread. Total cost, about $32. I even specified the Rancho dressing three times, since I have a bad reaction to their Sweet-n-Sour dipping sauce.
We waited the half hour mentioned, and KNOCK KNOCK, Pizza's here! I checked the order, it was wrong. They had included the Sweet-n-Sour sauce, the garlic bread was cold, and the pizza was burnt on the bottom. I sent it back, and rang the 0800 number again.
The lady on the phone was most apologetic for the mix-up, and said she would re-place the order for me. I told her I would not accept the same food back, I wanted a fresh, correct order please. She assured me it would be so.
Less than 15 minutes later, a grumpy snotrag turns up at my door with the order. I asked to check it, he started giving me attitude, telling me "we don't have to serve you y'know, give me the money first" - so I reminded him that "I was a paying customer of theirs for over 10 years, that he is standing at my doorstep so it's not like I am going to do a runner, I want to check the order is correct."
After him telling me to be grateful that he had bothered to bring me my food, I grabbed the food, got my change and then asked him for his name... I planned to remind the store manager what CUSTOMER SERVICE was all about. The little snot refused, and made me walk out into the rain wearing only a dressing-gown to read his nametag. I then informed him that he had 'just shot himself in the foot with his attitude' at which point he started to ridicule me and tell me I was harmless and couldn't do anything to hurt him.
How little he knew.
After a half an hour on the phone to his call centre, I was informed that the matter would be directed to the regional manager, who would ring me the next day. She rang me less than an hour later. After hearing the tale, and also discovering that it looked like they had indeed just re-heated the old, cold food (the garlic bread was burnt on the bottom, they had over-charred the pizza's base leaving the top still cold, and the safety seal on the drink had already been broken too) she was HORRIFIED at the delivery person's behaviour.
A full refund was offered (which I have yet to collect) and a sincere apology was tendered. This has done very little to bring me back as a Pizza Hut customer though, because of the disgusting behaviour of some egotistical little punk thinking that he is second only to God. Delivery is a PAID-FOR SERVICE, not something done out of the goodness of your heart, Simon!
My recommendation, try Pizza Haven instead. The food might not be as good, but the service couldn't be any worse.

Each Sachie's Kitchen meal kit serves four. They include all the base ingredients you need, including pastes, sauces, herbs and spices and noodles or rice, with only a couple of additional perishable ingredients required. The pastes have been prepared locally by myself, and I have sourced some of the more exotic authentic herbs and spices ... more...