« Journey to the Centre of the Earth review 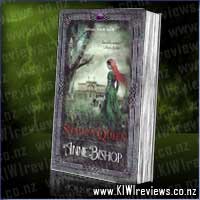 Theran is a descendant of Jared and Lia, the last Gray Lady to rule Dena Nehele. Living in the mountains, he wants to restore his land and people. But without a strong Queen who remembers the Old Ways, the Blood will never shake off the lingering influence of Dorothea SaDiablo, the infamous High Priestess of Hayll, and the young Dena Nehele Queens will have no one to teach them.

There are no Queens in Terreille who can give Dena Nehele what it needs. But Theran has a marker he can call in, thanks to his ancestor Jared. He goes to Kaeleer to ask for a Queen who is willing to come to Terreille and rule Dena Nehele. What he expects is a young, pretty, dark-Jeweled Queen with social flair, who will dazzle the Blood with her vivacity and power. What he gets is Cassidy, a shy, plain-looking, Rose-Jeweled Queen from Dharo who has lost her court to stronger, more vivacious Queens.

Will Theran be able to see beyond his disappointed expectations and help this Queen save his people? What happens when you get a Queen who lacks the desired veneer but has the heart - and the courage - to rule?

This is a very cute continuation of the Black Jewels series by Anne Bishop. An easy read. Quite sensual (especially in the scenes between Damon and Janelle) and often a bit over the top (do people ever literally roll about on the floor laughing?) but all in all, a good book that I read in two or three hours.

Having read the original Black Jewels trilogy (about a very powerful girl-child called Janelle and the three men who protect and love her through to adulthood), I recognized many of the characters in this book and enjoyed the references to their earlier lives, especially as Damon and Janelle work through a couple of marital issues. Lucivar was quite a dominant presence throughout the story also as he turned up to protect Cassidy from her own somewhat unstable court at certain points.

The story is primarily about our heroine, Cassidy, however it took me a while to notice. I have no problem with her being cast as a 'plain looking girl' or the way that she is so down to earth, it was just frustrating that she was so reliant on the people around her and only seemed to take a hold of her court at the very end - after significant coaching and help from the main guys in the story. She just didn't have the same spark that Janelle showed I suppose.

Still, the slowly developing relationship between her and Gray was incredibly cute and I really enjoyed the changes Bishop wrote into Gray's character. He is essentially a boy stuck in the body of a man because of childhood abuse and she is the only one who can seem to heal him. Through his eyes, Cassidy becomes a far more interesting character. I almost wish we could have dropped Theran's character all together (nothing he did impressed me) and just spent more time developing and exploring Gray's past and the ways his interactions with Cassidy began to change him.

In the end, I thought this book was quite light - good for another foray into Bishop's fascinating world, but it could perhaps have done with fewer characters and a little more attention on the interesting ones to give them three-dimensionality.

This book is probably still readable by those who are not familiar with the world, although most of the in-jokes would be lost. I definitely recommend having a go at The Black Jewels trilogy first - it is a rich and rewarding read (if a little dark in places).

In the city of the imagination anything is possible, and an outing with their mother
brings every kind of possibility to life for two lucky children.