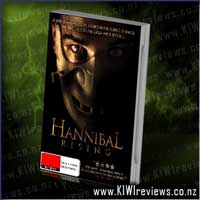 Anthony Hopkins has always been Hannibal Lecter. He filled a role managing to inspire awe at the act of cannibalism, bringing a touch of class to the table, whilst serving human flesh. It is hard to think of anyone else being capable of filling those shoes, but alas a prequel requires someone young.

The French-born Gaspard Ulliel does a magnificent job attempting to live up to the reputation. You watch the unfortunate sequence of events, which twisted him from an innocent boy, into an unbalanced man who chose to feast on human meat. Due to his youth in this storyline, Hannibalâ ™s intellectualism is rarely touched on, and any deaths that he brings about, are rage-fuelled and lacking intricacy, than what we are used to. Instead of the mellow man, that is neither fazed nor raises his voice, we are greeted by the deliriously mad expressions of a lost boy.

Whether intentional or not, one would not expect an unfortunate occurrence to magically result in an enigmatic, psychotic killer. Years of refining, education, and experience would mould him into what we all know. This raw, unhinged, and unhindered rage is what sets this movie apart from its predecessors. But it still holds the elements of the broken family, and self loathing that are prevalent in the earlier movies.

This movie answers the question that everyone wanted to know, and explains rather vividly how Hannibal came to be what he is today. As a standalone movie, it would be lacking substance. But as a part of the legacy of Hannibal Lecter, it is another part of the puzzle. Will Dr Lecter return to the screens for a final battle of wits? Only time will tell.

One seriously messed up movie. 'Silence of the Lambs' was thrilling, 'Red Dragon' was disturbing, 'Hannibal' was just plain gross, so what made me watch this one is beyond me. In hindsight I think I must have had a momentary lapse of reason because I just thought this one was creepy to the max!
Young Hannibal watches his parents die in front of him, with nothing he could do to prevent it. On top of that he has to watch his sister being eaten by a gang of renegade mercenaries fleeing the German/Russian war. he gets held virtually a prisoner in his old house, which has now become an orphanage, until he escapes. Then things get really nasty as his revenge starts to shape up.
Brutal, in a clam sadistic way, the character of Hannibal Lector seems to have mellowed in his old age, if this is what his youth started out as. So if you found 'Silence' distrubing, you are going to want to skip this one. On the flip side of the coin, if you found it quite tame, you might want to give this one a go for a bit more sheer raw bloody chrills.