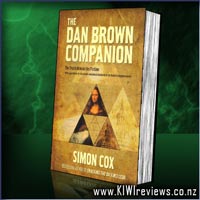 The Da Vinci Code and Angels and Demons have become publishing phenomena for author Dan Brown. With sales in the tens of millions and with a whole industry having grown up around the novels, a huge following has emerged, determined to trace the footsteps of lead character Robert Langdon and to delve deeper into the real mysteries behind the fiction.

Simon Cox, bestselling author of Cracking the Da Vinci Code and Illuminating Angels and Demons, brings you the definitive guide to these two novels. With in-depth background information and an invaluable insight to Dan Brown's world.

•  What are the true inspirational stories behind the novels?
•  What role does a sleepy French village play in The Da Vinci Code?    •
•  What were the clues left behind by Leonardo da Vinci in his paintings?
•  Is the Jesus bloodline theory fact or fantasy?
•  Does Angels and Demons reveal clues to real events?
•  What murdered Pope was the inspiration for the plotline?
•  Does a worldwide Illuminati really threaten to create a new world order?

Questions are answered and plots are thickened in this must-have guide. An extended gazetteer also guides us to the people and places featured in the novels. Visits to the sites will be made easy with The Dan Brown Companion.

Dan Brown's chart-topping book The Da Vinci Code has created much ado in the literary world, and many, many spin-off books and documentaries and now we have another addition to the flock.

For the die-hard historian, conspiracy-theory-busters or just the chronically curious, this book has much appeal. With detailed excerpts from, and summaries of, some ancient documents and encrypted messages, and many photographs and details about the places mentioned not only in The Da Vinci Code, but also the other Robert Langdon novel, Demons and Angels.

I have seen the DVD of Simon's book "Cracking the Da Vinci Code", but though I haven't seen his other book "Illuminating Angels and Demons", I recognise enough from "Cracking" showing up in this book that it really seems to be a rehashed combination of the two. If you have both books already, you might not find this worth buying, but for those who have not yet purchased either, then you would be well advised to buy this one as your reference of choice.

Overall, quite a nifty book full of interesting nuggets and fascinating background information, it's a good read even if you aren't a follower of the Holy Grail theory.

It was the biggest snowfall in Canterbury and surrounding areas for half a century. Beneath a thick blanket of heavy, wet snow, power poles broke, roofs collapsed, roads became impassable, houses were isolated and power was cut off in some cases for up to two weeks.

But the people of Canterbury responded unflinchingly. Friends and neighbours mucked in together. People sought out the elderly to lend a hand or supply hot meals. Families ... more...