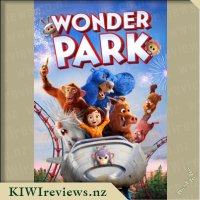 Disclosure StatementFULL DISCLOSURE: A number of units of this product have, at some time, been supplied to KIWIreviews by the company for the purposes of unbiased, independent reviews. No fee was accepted by KIWIreviews or the reviewers themselves - these are genuine, unpaid consumer reviews.
Available:
July 2019

Buckle up for an epic adventure where anything is possible! A young girl named June with a big imagination makes an incredible discovery - the amusement park of her dreams has come to life. Filled with the world's wildest rides operated by fun-loving animals, the excitement never ends. But when trouble hits, June and her misfit team of furry friends begin an unforgettable journey to save the park. Action-packed and brimming with laughs, Wonder Park is a ride the whole family will love. 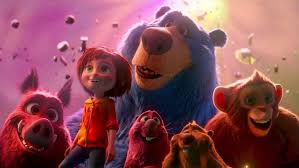 Wonder Park is a beautifully animated film that my two daughters thoroughly enjoyed, and I have to admit, I rather liked it too! Wonder Park has an original and unique premise. It's a whimsical place filled with exciting rides and attractions, such as a flying fish carousel, that is created through the imagination of June and her mum. When June's mum has to go away, June's love for the park is tested and the magic of what she and her mum created begins to disappear. When June finds herself in Wonder Park, she finds the park is in shambles and at war with itself, much like June. June realises that only she can rebuild the park and herself.

One of the highlights of Wonder Park for me was the way the film focused on imagination and creativity which, thanks to technology, is something children are sadly lacking nowadays. Wonder Park is a colourful, visual feast with a spectacle of bright colours and a great soundtrack. The film is slightly predictable (maybe not for younger children) with fun, but stereotyped characters.

June is likeable and relatable, although a bit bossy and the relationship she has with her mum is one of the films strong points. The park mascots consist of Boomer, the narcoleptic bear, and Steve, a gentle porcupine who has a crush on Greta, a feisty hog. Cooper the beaver is played by the hilarious Ken Jeong. Peanut is the most interesting mascot who is the leader of the park, loveable and endearing.

Wonder Park has plenty of action sequences to keep you entertained and some amazing rides that will make you smile. Wonder Park is a movie that also has some serious tones that may upset really young viewers but there is a moral to the film which both my girls understood. It's not Disney and it's not Pixar, but it's a great alternative that the kids will love!

When a boyfriend tricks Lucy (Scarlett Johansson) into delivering a briefcase to a supposed business contact, the once-carefree student is abducted by thugs who intend to turn her into a drug mule. She is surgically implanted with a package containing a powerful chemical, but it leaks into her system, giving her superhuman abilities, including telekinesis and telepathy. With her former captors in pursuit, Lucy seeks out a neurologist (Morgan Freeman), who she hopes will be able to help her.