Flit the Fantail and the Flying Flop review 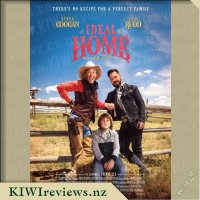 Disclosure StatementFULL DISCLOSURE: A number of units of this product have, at some time, been supplied to KIWIreviews by the company for the purposes of unbiased, independent reviews. No fee was accepted by KIWIreviews or the reviewers themselves - these are genuine, unpaid consumer reviews.
Available:
on disc from October 2018

Eccentric and demanding celebrity chef Erasmus (Steve Coogan) and his long-suffering partner Paul (Paul Rudd) live extravagantly - comfortable with the lavish life they've built together. However, when a ten-year-old boy arrives at their Santa Fe home claiming to be Erasmus' grandson, the couple find their perfect existence is suddenly thrown into turmoil.

With the child's father in prison and nowhere else to go, Paul and Erasmus decide to take him in, but such a huge compromise to their luxurious lifestyle could prove to be a disaster. Ideal Home is a deliciously funny and heart-warming film that proves there really is no recipe for the perfect family.

After watching this movie, I was undecided as to whether it slotted into the drama or comedy category. Essentially it is a bit of both, so after some thought (and a second viewing) I decided I was more comfortable assigning it to the drama genre. There is a lot of humour involved, mainly in the form of one-liners, but the overall intent of the film would appear to be an expose of what constitutes a family - as seen through the eyes of a child. (There is also the underlying narrative of Bill's father which is anything but funny.)

Having grown up in a whangai situation myself, with an assortment of different caregivers, I was well placed to comment: the one thing my adults had in common was that they were all committed to caring for the child in their lives - me! And the same can be said of the Bill/Angel character, beautifully portrayed by a suitably sulky pre-pubescent Jack Gore. Erasmus (Steve Coogan) and Paul (Paul Rudd), reluctant surrogate parents though they may be, are there for Bill whether it is indulging his cravings for Taco Bell cuisine or weathering the passive aggressive way in which he interacts with them. Bill is wooed by their acceptance and support of him to the point that he finally realises that theirs is the home he is most comfortable in.

On the most basic level, this is a story of a little boy making his peace with the world at last by learning his place in a family. His development from prickly, outspoken child who borders on being a monster to settled, happy ten-year-old who has adapted to his surroundings is entertaining but immensely believable. Flawed his new family may be with their constant bickering and acting out, but life is never boring for Bill as he tries to fit in while ensuring that Erasmus and Paul accept him for who he is.

As far as Bill's story is concerned, this is a happy-ever-after scenario with a feel-good vibe for the audience. However, there is another dimension to the movie which for me is not as effective. Because this is a movie about two gay men who are entering the world of co-parenthood, it is inevitable that there will be some political content to stress the "normal" aspects of their situation. But, irrespective of the sexuality of the parents, when two adults take a child into their home to live with them there are always going to be some upheavals. A heterosexual couple in the same position would have had exactly the same issues.

In effect, I thought there were too many gratuitous references and gay one-liners included: it was as though the scriptwriter, having made a statement, felt it necessary to continually refer to the situation in case the audience had forgotten. Instead of normalising things so that the viewer saw a little boy adjusting to life in a loving home, the effect was that there was an attempt at lightening the gay element by constant introspective jokes. As if to emphasise this further, in case the viewer had not yet realised that this was a gay movie, the end credits were presented against a background slideshow of real gay couples with cute babies.

I thought the set locations were wonderful, displaying to effect the New Mexican landscape and the opulent residence of Erasmus and Paul (although I understand there were actually two separate houses used, depending on the scene, which were then edited to appear like one single large building.) I kept wondering if Walter White was going to walk on to the set at some stage (spot the Breaking Bad fan!) because that was the first thought that occurred to me in the opening sequences. However, the vast spaces and arid landscape are captured to perfection even if Walter White was not present!

Apart from the impression that the film was being used to push a social message, I did enjoy it - and some of the jokes even made me laugh! And Jack Gore's mastery of his character was amazing; he more than held his own in the scenes with Coogan and Rudd - in some cases, upstaging them completely. There is a delightful scene where he is having his photograph taken and is supposed to be hamming it up for the camera. Despite all efforts, he maintains a deadpan, almost bored expression which does not waver at all. It is probably worth watching the film for this young man's performance alone; no doubt there will be many more to come! 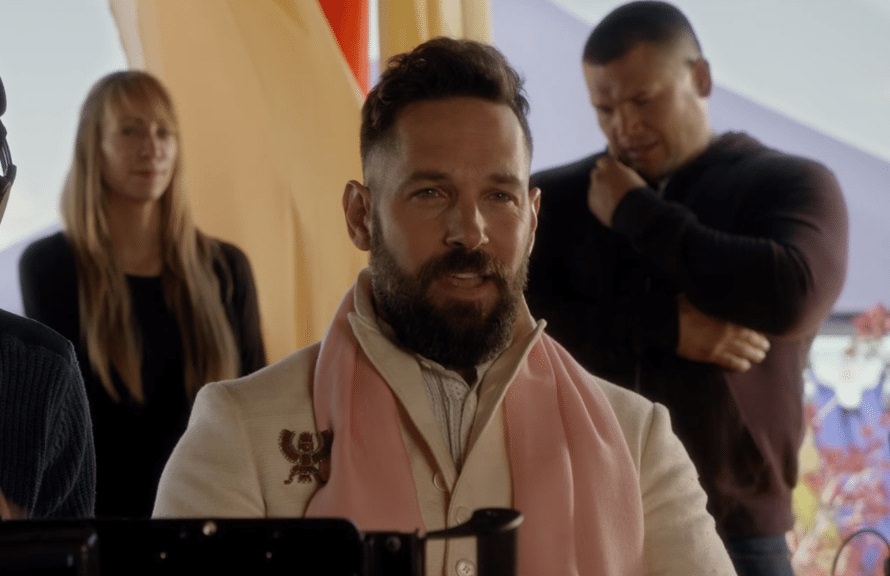 Really when you think about it, it's the same plot as the majority of modern dramas; present your protagonists, explain why their relationship is strained, add another element that threatens the relationship. I guess is just how dramas work. Adding an unexpected child into the mix is par for the course, so the film isn't really breaking any new ground. The only thing that makes this film unique is it's use of a same-sex couple as the protagonists, and is the source of the majority of the laughs in this comedic drama.

The conflicting personalities of Rudd and Coogan's characters, Paul and Erasmus (interesting that Paul Rudd gets to play a character of the same name) are what makes this work so well. The very different personalities are effectively on both ends of the personality spectrum, which means there is a high chance that the audience can empathise with the flamboyant, devil-may-care attitude of Erasmus, or the controlling responsibility and unequal love that Paul feels. Jack Gore does a brilliant job as "Bill", and walks that line between annoying and lovable, with ease. His portrayal of a cold, untrusting child with past emotional distresses is superb, and he was a good choice. The unequivocal difficulties of raising a child are on show, and it's a wholesome humour.

Ideal Home has an ulterior motive, and it's pretty plain to see by the trailer and synopsis. Attempting to use mainstream Hollywood films to reassure the general public that same-sex partners can raise a child. The good thing about it, is that it isn't in your face about it. In fact, Rudd and Coogan's onscreen romantic relationship comes across so authentically that you forget about their portrayed sexuality, as it just feels like any other couple. It isn't until the film ends and the preliminary credits start to roll, with a rolling slideshow of same-sex partners and their happy children, that the veil is dropped completely and the the ulterior motive jumps out and slaps you in the face. I didn't think that same-sex partners having children was still an issue, but if it is, then kudos to Andrew Fleming, Rudd, and Coogan for getting involved.

The Age of Wonders is about to begin!

Before she was Wonder Woman she was Diana, princess of the Amazons, trained warrior. When a pilot crashes and tells of conflict in the outside world, she leaves home to fight a war to end all wars, discovering her full powers and true destiny.

An Amazon princess (Gal Gadot) finds her idyllic life on an island occupied only by female warriors interrupted when a pilot (Chris Pine) ... more...