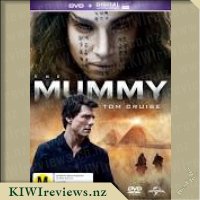 Disclosure StatementFULL DISCLOSURE: A number of units of this product have, at some time, been supplied to KIWIreviews by the company for the purposes of unbiased, independent reviews. No fee was accepted by KIWIreviews or the reviewers themselves - these are genuine, unpaid consumer reviews.
Available:
Sept 2017

Tom Cruise stars in this spectacular version of the legend that has fascinated cultures all over the world since the dawn of civilization: The Mummy.

Thought safely entombed deep beneath the desert, an ancient princess (Sofia Boutella) whose destiny was unjustly taken from her is awakened in our current day. Her malevolence has grown over millennia and with it come terrors that defy human comprehension. From the sands of the Middle East through modern-day London, The Mummy balances wonder, thrills and imagination. 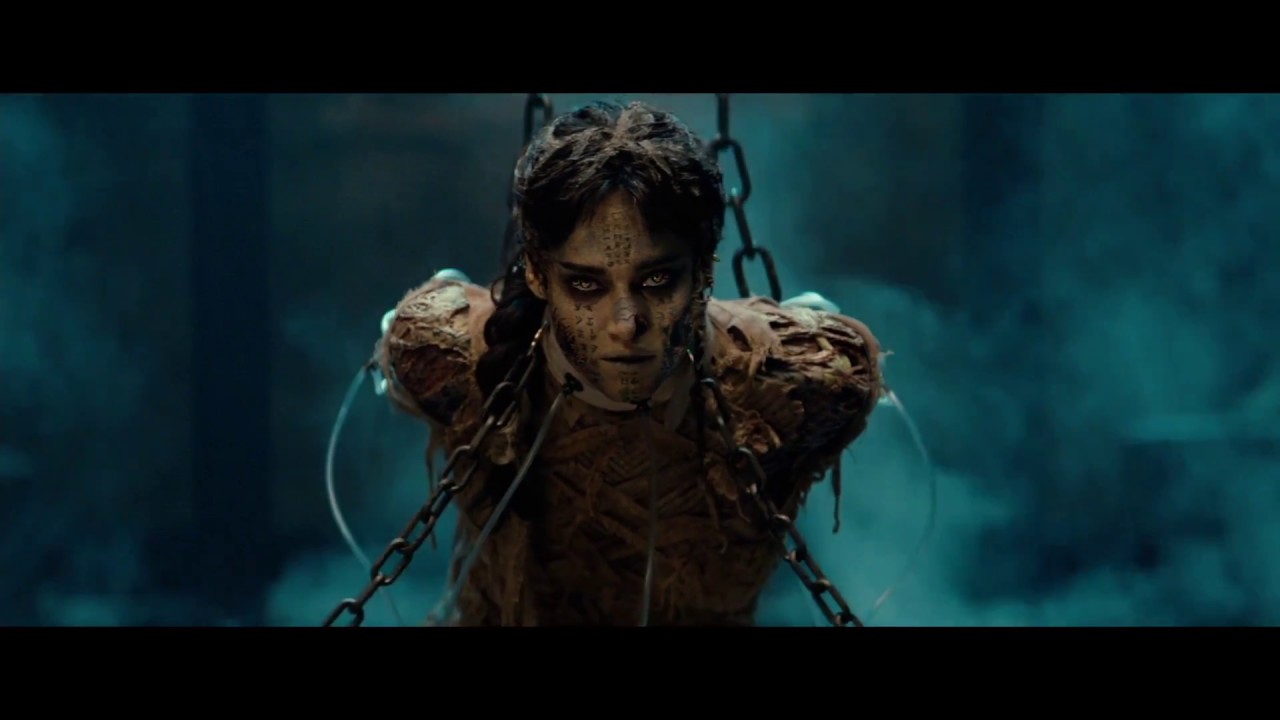 This is the remake that was never asked for. A film to start the Dark Universe for the monster films, and while I can see why they chose the Mummy film (it was a brilliant franchise), this remake has gone ahead and destroyed its chances at being taken seriously. The Marvel Cinematic Universe started with Iron Man, a standalone film that only brought in connections to other IPs in the end credit scene. The first DC Extended Universe film that wasn't critically panned was Wonder Woman; another standalone film that only referenced the connected universe at the end of the film. The success of these films is that they allow the characters to star in their own films with their own plots. The film is meant to carry its own weight, and not just be a vessel to introduce as many characters as possible into a "universe". Therefore, the introduction of Dr Henry Jekyll and the Prodigium organisation at the absolute beginning was the films first misstep.

Tom Cruise playing an arrogant, narcissistic character, is as good a casting as having Robert Downey Jr play an arrogant, alcoholic, millionaire playboy. They are essentially playing themselves. Unfortunately, an arrogant narcissistic character is not what the film needed. Ultimately, the film is called "The Mummy", and the mummy, Ahmanet, should therefore be the primary focal character. Even in the original superior Brendan Fraser franchise, despite Fraser being the main character, the film still equally followed the path of the Mummy, Imhotep. In this remake, Tom Cruise takes the forefront of every scene, and Ahmanet is cast aside, having even less importance than the character of Set, who despite never actually being a visible character on screen, still manages to reduce Ahmanet's intimidation levels to that of an angry child.

Jake Johnson portrays Corporal Chris Vail, arguably the most interesting character in the film. He is the only character that isn't over the top in personality, and the only person who is realistic in his opinions; such as bombs are bad, we should run away from guns, Tom Cruise's character Sergeant Nick Morton makes bad judgement calls, etc. He is the character that we can empathise with the most, because in his boots we would know better than to enter those situations too.

I really wanted to like the film. The idea of an attractive female mummy, was intriguing, and I was looking forward to seeing a powerful woman being portrayed. Instead, we got an angry child, that is running around trying to do the bidding of the male god, and pining after the body of Tom Cruise for some reason, and was easily captured. Hardly a viable threat, and a wasted opportunity.

The film felt like a Mission Impossible movie. It was all running and action scenes, and the other half was needless exposition in a convoluted plot with so many holes in it. I am disappointed in how lacklustre the film was, and how unlikable nearly every single character was. Brendan Fraser, your Mummy films will always be number 1. I adore the Mummy movies with Brendan Fraser and had assumed that this movie was Tom Cruise being the new Rick - or at least, loosely follow along from the other movies. I had no idea that this is the beginning of the 'Universal's Dark Universe Monster Series' and if this is the start, I had to imagine what the rest will be like. I have to admit it did take us three attempts at watching it as I could not stay focused with it as it tries to complicate itself way more than is required. Even re-watching scenes did not help me and in the end I stopped trying to keep up with the movie and instead just watched it, forcing myself to stay awake.

It opens up with Russell Crowe giving us a breakdown of what happened in the past to the princess and why she was imprisoned in such a terrible manor, the problem with this is his voice was basically in one boring tone and as hard as I tried I could not keep up with the story instead my mind wondered and even though I was watching the sequence of events I still had no idea what and why it had happened. I have watched it now about six times and I still can not concentrate enough to listen to the story. It's not complicated at all it is just so drawn out and he drones on. The same thing happens in the middle of the movie where he is explaining monsters and the evolution and again I could not focus with him - which is so weird as I love him as an actor, but this is the first time his voice has gotten to me.

Thankfully, as the movie actually begins it picks up and Tom Cruise is great with his arrogance oozing thru the screen. The banter he has with Jake Johnson makes it enjoyable and even though there are areas it is cringe worthy it holds your attention, until it does not. If they had left it just as a mummy movie it might of worked but adding in Dr Henry Jekyll (aka Jekyll and Hyde) along with Zombies and Monsters and of course the Princess Mummy it all gets to much and when the consistency basically goes out the window it becomes a bit of a blurry mess.

Where the special effects where passable and it has action a plenty it just goes over the top with Tom Cruise stealing every scene and just trying to prove that he is the star of the movie. When the plane crashed it actually was the beginning of the end for the whole movie and it did not survive unscathed. The ending has opened itself up to the rest of the movies but if this is the benchmark I really am not looking forward to the rest of them.

I am so disappointed in this movie it had the potential to be great but it is let down by one persons ego and as I mentioned above the over complication of monsters not required in this movie. It might of worked with an unknown and if they had possibly slowed down the introduction of various other beings but as a whole I feel it was a huge let down.

In 1998, four childhood buddies with a shared love of all things Star Wars reunite for one final, hilarious odyssey. Their insane plan: a cross country road trip to storm George Lucas' "Skywalker Ranch" and steal a copy of Episode 1 before it's released. With the police, a crew of angry Trekkies, and a crazy pimp hot on their trail, what could possibly go wrong?