« Peter Jackson : From Prince of Splatter to Lord of the Rings review 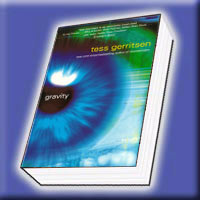 Disclosure StatementFULL DISCLOSURE: A number of units of this product have, at some time, been supplied to KIWIreviews by the company for the purposes of unbiased, independent reviews. No fee was accepted by KIWIreviews or the reviewers themselves - these are genuine, unpaid consumer reviews.
Available:
now

A culture of single-celled Archaeons, gathered from the deep sea, begins to rapidly multiply and infect the crew - with agonizing and deadly results.

As her estranged husband and the ground crew at NASA work against the clock to launch a rescue, Emma struggles to contain the lethal microbe. But with the contagion threatening Earth's population, there are those who would leave the astronauts stranded in orbit, quarantined aboard the station - where they are dying one by one...

A long time ago, in a galaxy not at all far away, someone decided to write a story called ALIEN. Around the same time, someone made a movie called LEVIATHAN. They both had interesting elements involving agressive genetic adaptation, mutation, and overly-rapid evolution and gestation of a destructive parasitic organism.

This book took the middle road. The organism doesn't behave like normal earthly critters, it's stealing the DNA of all it's hosts and passing on various genetic traits to it's decendants, and agressively adapting to our biology by become more human with each infection.

I found many of the scientific and technological elements quite interesting, especially the 'inside track' on NASA's shuttle launch proceedures and how the 'behind the scenes' bits went, but I must admit to finding the plot to be quite predictable. Too many 'subtle' hints to early on. Most of the hints would shoot right over the average reader's head, but I like science and have a braod grounding in astrophysics, geology, biology and genetics, plus an absolute addiction to sci-fi... making it difficult to impress me with basic science in a book.

It is because the science IS so basic that I classed this as FICTION and not SCI-FI, not enough SCI, too much FI. However, to be fair, I took every chance I could find to get back to reading this book... the 'nasty bug' was just too nasty to ignore. The level of realism was high, due to the technical accuracy Gerritsen obviously went to great lengths to ensure, and the fact that in low-gravity environments, even the most common of microcritters can become something totally unexpected.

I don't think I would be reading this again anytime soon, because it was easy to 'store' in my head, but don't let that throw you off, it is a worthy read first time around, but you may prefer to buy it second-hand or in a bargain bin, rather than spend big on it.

Overall, not bad, not bad at all.

The Spiritual Significance of Music is an exciting collection of exclusive interviews with many of the world's most visionary musicians and writers. A unique anthology that explores the dynamic relationship between Music and Spirituality, sharing incredible insights from their experience, knowledge, and wisdom.

This book embraces the beauty and diversity of Music, providing readers with a tapestry of new throughts on Music and Spirituality. Justin St. Vincent has interviewed over one thousand people, choosing one hundred responses, to produce a cutting-edge and ground-breaking project for our music-minded generation.