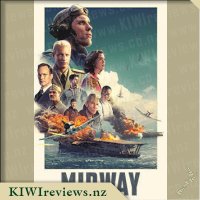 Disclosure StatementFULL DISCLOSURE: A number of units of this product have, at some time, been supplied to KIWIreviews by the company for the purposes of unbiased, independent reviews. No fee was accepted by KIWIreviews or the reviewers themselves - these are genuine, unpaid consumer reviews.
Available:
in cinemas 30th January 2020

On Dec. 7, 1941, Japanese forces launch a devastating attack on Pearl Harbor, the U.S. naval base in Hawaii. Six months later, the Battle of Midway commences on June 4, 1942, as the Japanese navy once again plans a strike against American ships in the Pacific. For the next three days, the U.S. Navy and a squad of brave fighter pilots engage the enemy in one of the most important and decisive battles of World War II. 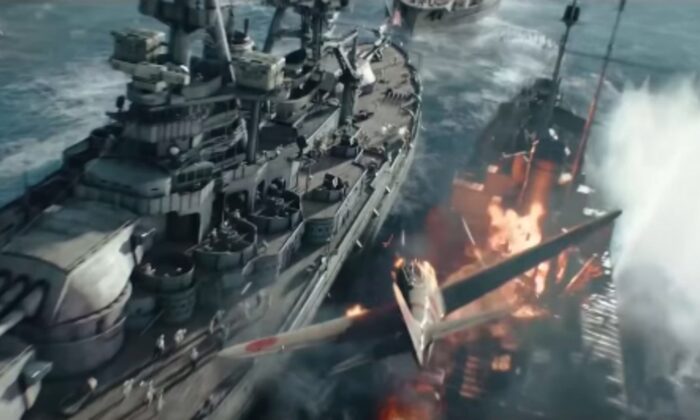 A war film is one of the easiest genres to create an engaging film with. The constant threat of death, and the ease with which one can stack the odds against a character to create an "underdog" effect, there is huge potential. That potential is unfortunately wasted entirely in Midway.

Midway starts off on the back foot as its premise follows on directly after the events of Pearl Harbor, meaning it has to provide an exciting perspective on the events that have already been well dramatized by Michael Bay back in his 2001 adaptation. Providing a crash-course (pun unintended) on the attack on Pearl Harbor puts stress on by rushing into the film with a limited time-slot, without any development, and introducing the story of Midway with a very high energy, high-casualty event that creates a precedent that is difficult to maintain.

With a reasonable ensemble cast, including the likes of Ed Skrein, Luke Evans, Patrick Wilson, Woody Harrelson, Dennis Quaid, Mandy Moore, Aaron Eckhart, Tadanobu Asano, and Nick Jonas, Midway has shot itself in the foot, by sharing the spotlight so thinly, that there is little to no character development in the entire film. Despite a run-time of well over two hours, there is so little time spent with the characters outside of the action, that there is no character for the audience to care about. Do we care about the rebel that chews gum? Do we care about the intelligence officer that works too much? Do I care about the mechanic that isnâ'¬t afraid of death? Do we care about the wife...who is a wife? No, we do not. The characters are so one-dimensional that there is nothing for the audience to invest in. What makes this so much worse is that these characters are based on real people. No matter the quality of the actors portraying them, with no development, they cannot do the person justice.

The direction of the film tries to manipulate the audience into caring through strong orchestral music and cinematography choices, but the introductions are hollow. It is as if the script was based on a Wikipedia article, with no research done into the actual people involved, something made increasingly apparent in the incredibly cliched dialogue choices. The infantile stereotypes and corny one-liners are outright laughable, and do not amount to anything along the lines of character development.

The weak script leads to a very weak narrative structure, with the focus of the film jumping from one event to the next, and literally abandoning story lines that aren't complete, mentioning some of the people in the extensive text epilogue. It gave the impression that it needed to have specific scenes in it, with no regard as to how it would organically reach that point. The lack of experience from screenwriter Wes Tooke is clear, and it is no surprise that this is his feature film debut. With the number of characters that the film focused on, Midway would have been better suited as a mini-series, such as Band of Brothers and The Pacific allowing time to properly build character depth and motivations.

All that being said, Roland Emmerich is at the director's helm, and is well-known for his big action-packed feature films (Independence Day, Godzilla, White House Down, and The Day After Tomorrow). Character development is not usually the top priority in his films with more emphasis on the action set-pieces. There is definitely the odd moment where the battle scenes manage to create suspense and tension, and the quantity of successful scenes would have increased dramatically if it weren't for the quality of CGI. With many of elements visually looking more akin to a painting than a real plane or aircraft carrier and questionable blending around the actors, it is very obvious when the scene involves a lot of green screen, and that turns out to be much of the film. One cannot help but ask whether the CGI budget was reduced to allow for more big name actors to be added to the cast.

It isnâ'¬t all bad. While the script is skeletal in its development, it is surprisingly balanced in terms of its treatment of the Japanese soldiers, not portraying them as heretical villains, but showing compassion and well-considered in their planning, with a huge significance placed on honour. It is also much more realistic in terms of success rates and damage done. There were more than a few sacrifices along the way that didn't pay off, and it creates a much more grounded and believable scenario (if only the visuals match in believability).

Midway somehow managed to turn an interesting story into something forgettable. With CGI that looks like it hasn't improved since Pearl Harbor was released in 2001, and a length run-time that doesnâ'¬t manage to develop any characters, Midway wastes its ensemble cast on a weak script with cringe-worthy dialogue. There are enough explosions and air-sea battles to entertain a young teenager, but anyone that expects an engaging story will, unfortunately, be left disappointed.