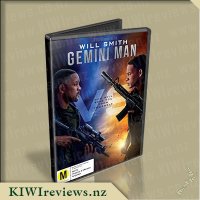 Disclosure StatementFULL DISCLOSURE: A number of units of this product have, at some time, been supplied to KIWIreviews by the company for the purposes of unbiased, independent reviews. No fee was accepted by KIWIreviews or the reviewers themselves - these are genuine, unpaid consumer reviews.
Available:
January 2020

Henry Brogan is an elite 51-year-old assassin who's ready to call it quits after completing his 72nd job. His plans get turned upside down when he becomes the target of a mysterious operative who can seemingly predict his every move. To his horror, Brogan soon learns that the man who's trying to kill him is a younger, faster, cloned version of himself. 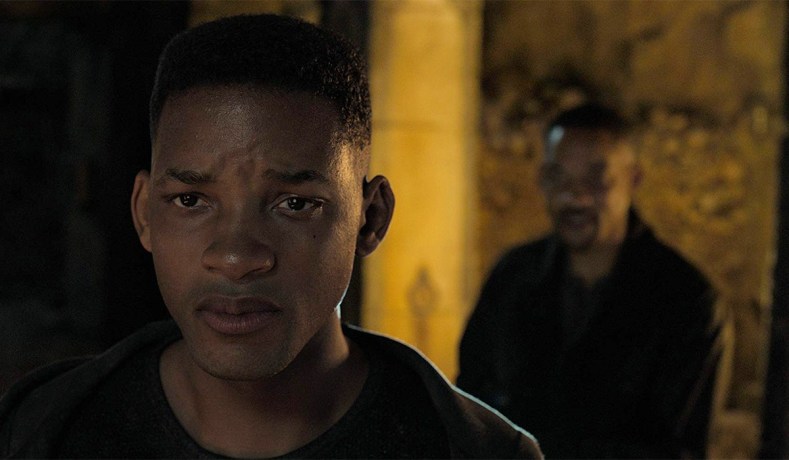 Will Smith is getting further and further away from his peak popularity with The Fresh Prince of Bel-Air, Independence Day, and Men in Black. While he has been increasingly prolific, starring in 45 films over the last 30 years, the majority of his roles have simply been in a generic "Will Smith" capacity. Much like the over-saturation of Ryan Reynolds and his "Deadpool" dry sarcastic character in every film he stars in, Will Smith has a similar character in that he has never really escaped the cocky, joking personality that he was known for in The Fresh Prince of Bel-Air. This does not change with Gemini Man.

The biggest aspect that runs in Will Smith's favour with Gemini Man is that this is an old script that was written back when Will Smith's brand was at an all-time high. The story and direction of the film is therefore very much in the vein of the stereotypical 90's action flick, a genre that Smith knows inside and out. What doesn't work in his favour is the number of hands that Robert Lemke's screenplay has been through; Lemke's screenplay has since its inception been rewritten by Billy Ray, Andrew Niccol, David Benioff, Brian Helgeland, Jonathan Hensleigh, Stephen J. Rivele and Christopher Wilkinson. This breeds creative differences that often leads to a diluted story and weak narrative.

And that is the biggest flaw in Gemini Man; the anaemic script. The film lacks any form of character development, and all of the supporting protagonist characters have no roles beyond providing exposition or helping our main character move from one place to another. It renders all of these support characters as completely unnecessary to the plot of the film. They have no arc, no stakes, and look to have been cast to fill generic diversity positions. The only two characters of note in the entire film, come from protagonist Henry Brogan (played by Will Smith), and antagonist Clayton Varris (played by Clive Owen).

The whole purpose of the film caters towards showing off the de-ageing software, which may actually not be de-ageing software (rather just simple motion-capture, like what is used in the Planet of the Apes franchise). When you compare "young" and old Will Smith the rendering of the younger version is rather lacklustre. While it looks adequate in low-light conditions or on a small screen, in fully lit areas the quality is much easier to see, and the cut-and-paste job from Will Smith's younger days on The Fresh Prince of Bel-Air and Bad Boys looks very much unnatural. The limitations of the technology to de-age someone was the main reason why the film was delayed for so long (not dissimilar to why Avatar sat for so long on James Cameron's desk), but the question has to be asked; did the film benefit from the technology? Did the technology add anything to the story?

It brings Looper to mind, where Joseph Gordon-Levitt played a younger version of Bruce Willis' character, using some small prosthetics to closer match Willis' facial structure. But the premise was fully believable due to the strong narrative and acting abilities of Gordon-Levitt and Willis. This film could have been made 30 years ago using that same method, and reached better results than the end-product of Gemini Man.

The technological advancements don't stop there, with the film being shot at an ultra-high frame-rate. The frame-rate increases the number of video frames per second, thus reducing the amount of blur and motion movement that is noticeable. As a result everything looks unnervingly smooth and clear. It could simply be that the technology is still young and we all need to get used to the idea of viewing things at a high frame-rate, but as it stands, the high frame-rate simply draws attention to all of the action set-pieces as there is no blur to hide things in. Any gap between a punch and its intended recipient is highlighted, and much of the fight choreography looks unnatural. This is watching on my Xbox One, which is only capable of 60 frames per second (only half of the 120fps that the film was filmed in). That isn't to say that the action is bad. There are some very generic scenes that are absolutely forgettable immediately after they occur. But there are also some incredibly creative scenes that--together with some creative cinematography--are energy-filled and exciting. In particular, there is a scene involving bikes which is particularly well-executed.

Despite all of the "technological leaps" that Gemini Man provides, it doesn't make up for a weak narrative. This is a dumb action movie. It doesn't even attempt to hide the "twist", and by the time you reach any subsequent twists, you have already stopped caring. The lack of character development arcs make you question the plot, and reveal many inconsistencies in the story. The story is mostly exposition explained through dialogue, and poorly constructed plot conveniences.

Gemini Man is an average Saturday night popcorn flick; your typical dumb 90's action film. It has high production values, but unnecessary technological improvements and a wholly uninspired story with little worth sinking your teeth into.

Professor Phillip Brainard, an absent-minded professor, works with his assistant Weebo, trying to create a substance that's a new source of energy and that will save Medfield College where his sweetheart Sara is the president. He has missed his wedding twice, and on the afternoon of his third wedding, Professor Brainard creates flubber, which allows objects to fly through the air. It looks like rubber, so he calls it flubber. This film is based on the 1961 Disney classic, "The Absent-Minded Professor.