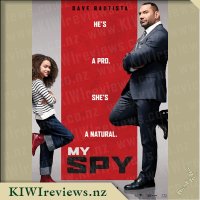 Disclosure StatementFULL DISCLOSURE: A number of units of this product have, at some time, been supplied to KIWIreviews by the company for the purposes of unbiased, independent reviews. No fee was accepted by KIWIreviews or the reviewers themselves - these are genuine, unpaid consumer reviews.
Available:
in cinemas 16th January, 2020

After marring a high profile mission, J.J. (Bautista) finds himself demoted to keeping surveillance on a family in a city apartment block. But when the young girl of the family (Chloe Coleman) discovers the hidden cameras in her apartment, she manages to locate where the surveillance operation is set. In exchange for not blowing JJ's cover, Sophie convinces him to teach her how to become a spy. 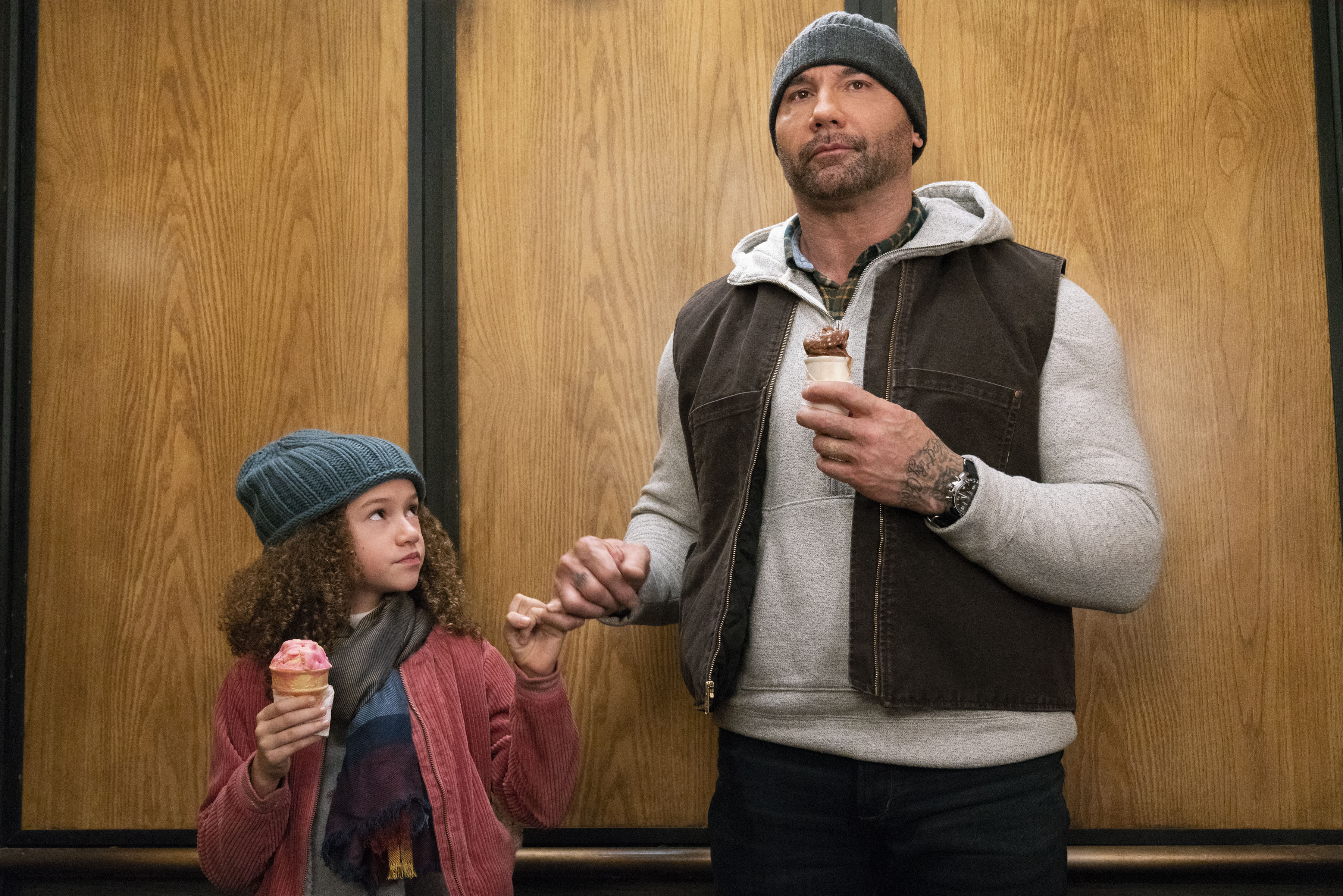 "My Spy" is the latest flick from Marvel's Drax the Destroyer (also known as Dave Bautista). The film is directed by Peter Segal, who is quite well-known for his direction in Adam Sandler comedy films, such as "50 First Dates", "Anger Management", and "The Longest Yard". The films in his filmography that are the better indicator of what to expect come in the form of the Leslie Nielsen-fronted comedy "Naked Gun 33 1/3: The Final Insult" and the Steve Carrell-fronted "Get Smart", both being falling under that crime/espionage banner.

Bautista's previous attempt at taking the lead in "Stuber" was not so well-received, though--in this reviewer's opinion--it actually did push the boundaries of what is acceptable in a teen buddy-cop comedy film, garnering more than it's fair share of laughs. Peter Segal (alongside his screenplay writers Jon and Erich Hoeber) have managed to recapture the energy and enthusiasm of "Stuber", and inject a good dose of charm.

"My Spy" starts off in a very trope-heavy fashion with our one-dimensional protagonist, JJ (in the form of Dave Bautista). His pairing with comedian Kristen Schaal initially gives rise to the fear that this will be too similar to "Stuber" but those fears are quickly put to rest, with Schaal holding more of a supporting character role than an honest-to-goodness co-star. Nothing against Schaal at all, but her role would have been too easily comparable to the same fish-out-of-water role that Kumail Nanjiani held in "Stuber". In the place of Dave Bautista's co-star is the adorable Chloe Coleman. The wise-cracking, "too smart for her own good" child.

Coleman works well as the opposing force to Bautista. Both physically and personality-wise, Coleman and Bautista start off as polar-opposites (something that always bodes well for these buddy-style styles). Bautista's extreme physicality lends itself well to physical humour, compared to Coleman's more emotionally manipulative techniques that play off of the adult male-to-child stigmas that we don't expect children to understand. It is that push for a more emotional story that really increases that engagement. Unlike "Stuber", "My Spy" delves into the backstory of each of the three main characters, turning those one-dimensional caricatures into fully fleshed out characters that you can empathise with. All three characters are struggling with loss, and it endears us to them.

Parisa Fitz-Henley (you may recognise her from her role as Reva Connors in the Marvel Netflix series "Luke Cage" and "Jessica Jones") has a small role in the film but is the straight, serious character that keeps everything well grounded. Her role is minimal but is full of heart, that despite any reservations, you instantly want things to work out. All three of these main characters are absolutely oozing with onscreen chemistry and charisma. The antagonists don't have a hugely active part in the film, setting up the premise, but disappearing most of the remainder. There was potential for a more complicated story, but the convolution would have muddied the tone of the film, and lost the reliability of the narrative; Segal and the Hoeber's chose wisely to keep things simple.

Aside from the characters, the story is very straightforward. It is incredibly predictable, but there is such a feel-good and uplifting journey on the way there that you can't help but enjoy yourself anyway. The cinematography from Larry Blanford is well-executed. Blanford's filmography includes such films as "X-Men: Days of Future Past", "Iron Man 3", "Mission Impossible: Ghost Protocol", "The A-Team" and "Smokin' Aces" so his experience with high-energy action scenes is notable. "My Spy" isn't such a fast-paced action-thriller, however, with a lot more focus on character building and establishing bonds. Blanford utilises camera angles to display the different perspectives, looking up from the height of a 9-year old girl, looking down over the shoulder of a towering former professional wrestler, or high-angled static shots following the action from the perspective of a security camera. The varying visual perspectives create an immersive setting that draws the audience in further.

It must be said that just like in "Stuber", it still doesn't feel like Bautista is the lead character or the main protagonist. Still not quite in the position of being able to hold the attention of the audience on his own, Bautista is a foil to his co-stars, and it is those defining differences that maintain interest in the story. "My Spy" is an improvement from "Stuber", and has a strong heart to its story. Predictable, and not overly action-heavy, but a heart-warming feature with good comedic elements that leaves you with a warm fuzzy feeling.

In a future world devastated by disease, a convict is sent back in time to gather information about the man-made virus that wiped out most of the human population on the planet.