The Haunting of Hill House: The Complete First Season review 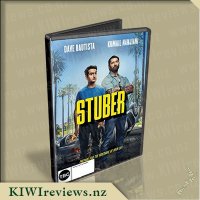 When a mild-mannered Uber driver named Stu (Kumail Nanjiani) picks up a passenger (Dave Bautista) who turns out to be a cop hot on the trail of a brutal killer, he's thrust into a harrowing ordeal where he desperately tries to hold onto his wits, his life and his five-star rating. Directed by Michael Dowse, this action-comedy also stars Iko Uwais, Natalie Morales, Betty Gilpin, Jimmy Tatro, Mira Sorvino and Karen Gillan. 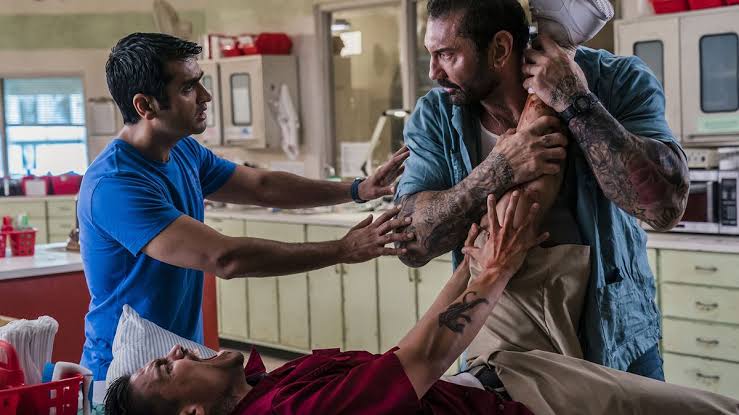 I actually saw 'Stuber' while it was in the cinemas. I loved the look of the trailer, and Dave Bautista had impressed me with his role in the Marvel Cinematic Universe as Drax the Destroyer, as well as his other roles in 'Blade Runner 2049' and the James Bond film 'Spectre'. Being well aware of Dwayne 'The Rock' Johnson's rather rapid rise to being one of the most wanted Hollywood actors, and seeing how Bautista's performances were getting better and better with every film, the thought of him as the main star in an R16 rated buddy-cop comedy seemed like a surefire winner.

I remember leaving the cinema afterwards satisfied with what I had seen. Satisfied enough for it to be one of my favourite comedy films of 2019, and for me to actively recommend it to friends and acquaintances. But I also wasn't absolutely in love with it. Then the review aggregators started coming up with lower and lower scores (currently it is sitting at 42% on Rotten Tomatoes), so I was curious enough to want to check this out again and figure out what exactly was holding this film back from greatness.

Looking at the good elements, co-stars Bautista and Kumail Nanjiani are a reasonable fit. Bautista has the aggressive the in-your-face comedic subtlety of a pile of banana peels. With Bautista's character restricted in a way that prevents him from being able to drive himself, it lends itself to the more physical slapstick laughs. There are other attempts at joked made by Bautista but they are hit-and-miss. The majority are so generic and predictable that they fall flat, but what is surprising is how the jokes that hit, bring on the gut-wrenching belly laughs. There is something to be said about the focus that Bautista brings to his performance, even with tired material, but it is so rare to still end up with comedic moments that have you on the floor guffawing when you were rolling your eyes moments earlier.

This brute-strength "throw it at the wall and see what sticks" mentality of Bautista's is perfectly complemented by Nanjiani's onscreen charisma. He's an incredibly relatable character and his personality balances well with his co-star.

One of the elements that definitely but this film into my "support it" category, is its R16 rating. This has the gore and violence of 'Deadpool', without that comic book superhero feel to it. There is plenty of blood, there are very violent moments, and there is even some full-frontal nudity. 'Stuber' puts forward a PG-rated story that is accentuated with adult moments, and it is simply refreshing to have something like this that is in no way targeted at the younger audience.

On the negative side of things, the story is very lacklustre. The direction and all of the important plot points are forecast very early in the film. On the one hand, you have to give kudos to the writers for putting in a fair amount of time between the setup and the payoff, but then you have to take it away again because of the complete lack of subtlety. As well the antagonist character of Oka Tedjo is a complete waste. If you have ever seen 'The Raid', then you will be aware of the breathtaking fight choreography that Iko Uwais is capable of. To have this accomplished martial artist going up against an ex-WWE wrestler, one could be forgiven for expecting an exciting display of fighting prowess. Alas, that is not the case.

But I think I figured it out. What it was about the film that failed to fully win me over. It's the realisation that Bautista is not ready to be the main star. He's still very much trapped in that supporting character category. Even when he is co-starring in a film, neither Bautista nor Nanjiani took the lead. I expected this to be the role that proved he could be the next Dwayne 'The Rock' Johnson. Instead, all we get is a more violent Drax the Destroyer on Earth.

There are a few moments that really, really hit gold in the comedy department, and they mainly come from that slight swerve into that R-rated category, with jokes that couldn't be said in a PG-crowd. The violence is gratuitous, unexpected, and somehow hilarious at the same time. 'Stuber' succeeds in its ability to make you laugh, even when you've been silent and rolling your eyes for a while. It's impressive for any film to be able to get laughs out of an audience after falling flat a few times, but 'Stuber' does it.

This is definitely worth a watch, but it is not a role that shows improvement in Bautista's acting ability, and that leaves me feeling conflicted.

NZ rating 'M' - suitable for audiences 16 years and over

John Woo and Shinji Aramaki merge talents to create a futuristic thrilleradapted from the popular Japanese Manga series by Shirow Masamune (Ghost in the Shell).

Special forces soldiers Deunan, Briareos and Tereus battle to preserve peace in the city-nation of Olympus, until a stealth attack by zealots turns the city into a perilous war zone. With revolutionary computer-generated technology, breathtaking action and rich storytelling, this fantastic adventure pits man against machine in a battle for survival.