ProdID: 8459 - The Wonky Donkey and Other Stories
Written by Craig Smith 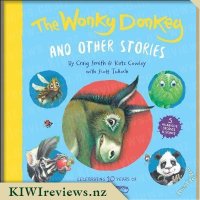 The Wonky Donkey and Other Stories product reviews

This is a special 10th anniversary edition which features five hilarious songs and stories. The funny, slightly naughty lyrics will appeal to children and adults alike.

Included in this edition are The Wonky Donkey, Willbee the Bumblebee, My Daddy ate an Apple, Square Eyes, and The Scariest Thing in the Garden. The stories are presented in durable hard cover format.

Rena's Promise: A Story of Sisters in Auschwitz
Rating: 9.5

When I was a child my parents would read to me daily, I believe this is where my passion for reading has developed from. When I had my children I started to read to them from a very young age too, now they are avid book lovers. Reading is such an important skill to have, and there is nothing quite like getting lost in a book. The 'Wonky Donkey' is a long time favourite picture book which my children never get bored of, so when I saw on KIWIreviews there was a compilation of stories including this one, I jumped at the chance to request it, as the other stories looked just as amusing.

When I opened the review package my 3 year old son was delighted to see the book, he immediately asked if we could read it straight away. I let him choose which story to start with, he chose to read the 'cute buzz one', upon opening we found out the title was 'Willbee the Bumblebee'. The storybook is a hardback, with vibrant colours, and eye catching animals on the cover, and included is a bonus CD of the stories being sung.

Firstly we read the bumblebee story, as we turned each page we were captivated by the gorgeous illustrations of the bee and his surroundings. My son has always been afraid of bees but after this story he decided they aren't bad. While reading he became concerned about Willbee's jersey, now he checks any bees he sees to make sure they have a 'jersey' on. Both my son and I love rhyming stories, and this one was no exception. I liked how this story had an underlying theme of kindness and teamwork, the cute characters were an added bonus.

Next to read we decided on 'My Daddy Ate an Apple' and 'Square Eyes', both of these stories had my son's attention from start to end. The zebra was a favourite, especially with the way he behaved after eating the apple, however then my son was worried when he had to go to the hospital, but then my son laughed at the monkey doctor.
'Square Eyes' didn't seem to excite my son as much, I do not know why though. The illustrations are bright and the characters very adorable. The storyline flows easily and contained a good message for children, this was not to watch too much tv as it is bad for you.

Finally we read 'The Scariest Thing in the Garden' and the always popular 'Wonky Donkey.' Before we started reading, my son was busy trying to think of what scary things could be in the garden. As we read on he found it exciting to see what each character thought was the scariest thing. The favourite character in this story was the white cat, and then the girl at the end.
'Wonky Donkey' is never a let down in this house, the combination of descriptive rhyming words, teamed with the hilarious pictures and story, always have us all laughing, and it is easy to see why it is popular with children and adults.

I would highly recommend this book to be on every child's bookcase, whether reading or just listening to the CD and turning pages, this is a magical compilation of 5 hilarious children's stories. After listening to the CD, don't be surprised if you have the songs stuck in your head for the day! This book now gets read the most out of any in our collection, we can't wait to see what the authors produce next. 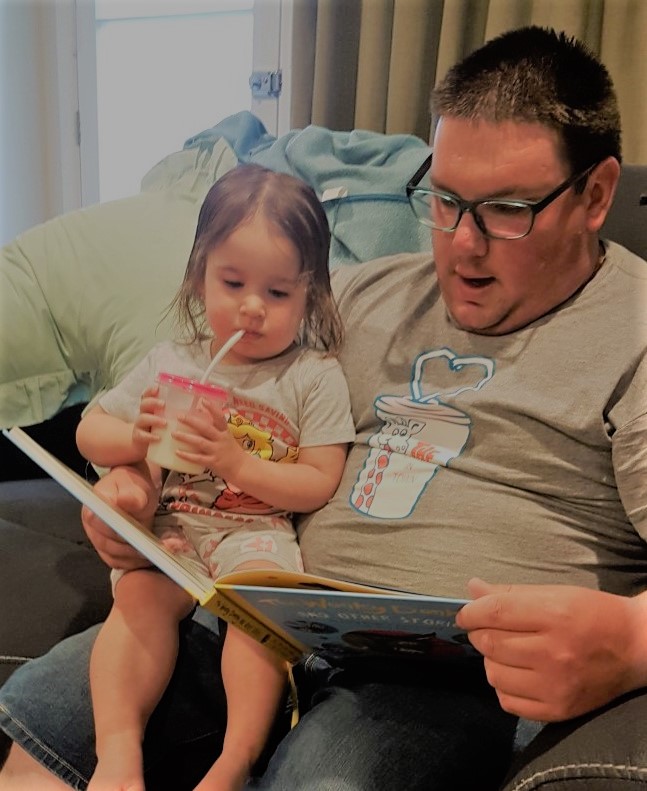 Miss Two had already seen the Wonky Donkey book and song, but she was overjoyed to get not only her very own copy of this classic but another four stories as well in this compendium! She is well and truly into animal stories, and loves the hilarious illustrations that accompany them - she has a keen eye for colour, and the detail included by both Katz Cowley and Scott Tulloch is an absolute delight. When her father first read the Wonky Donkey to her, he kept getting tongue-tied. It was the first time he had encountered this story, and everyone found his efforts quite hilarious. I admit to getting tongue-tied too when I read this story aloud as it moves very fast - especially when you try to sing along to the CD!

The favourite for Miss Two was Willbee the Bumblebee. I think that one is my own favourite too; I love the illustrations of his furry tummy, and the idea of the spider fixing up his jumper is really priceless. It is also a good way for children to learn about insects and arachnids because there is a certain amount of misguided fear around some of these creatures; it is useful if children are aware that most of them are not only harmless, but are actually beneficial to the environment. Miss Two was able to identify the various flora and fauna quite easily, and loved to point them out as she turned each page. Another plus for me was that gender roles were fluid; the spider who fixed the jersey was male while Moni the monarch butterfly who rescued him from catching cold was female.

Miss Two also loved My Daddy Ate An Apple - she was delighted by the way the unwelcome worm was ejected from his bum with a huge explosion; as always, she finds any references to bodily functions extremely funny! She also enjoyed the elephant ambulance, while the grown-ups laughed at the innovative x-ray machine which had been designed for a quadruped! The accompanying song was Miss Two's favourite; it is presented to the tune of the children's song "Did You Ever See A Lassie?", and includes lots of lip-smacking and slurping sound effects which she thought were priceless.

I was intrigued by the variety of musical styles included on the accompanying CD. Not only did they follow the text faithfully, but they offered a further learning opportunity for budding musicians to get a feel for different musical genres. Miss Two is a bit young for that as yet, but two older children (aged seven and ten) who had a preview of the book before Miss Two saw it both recognised the differences even though they were not quite sure how to explain them. The Wonky Donkey song is country all the way; Willbee the Bumblebee is blues, while Square Eyes could have been written by a reggae artist! The only song which we did not particularly like was The Scariest Thing In The Garden - the rhythm did not work easily so Miss Two found it too hard to follow.

Two of the stories, Square Eyes and The Scariest Thing In The Garden, although colourful and beautifully presented, were not quite so accessible for a child who has only just reached the age of two. However, children mature so fast that she will soon be enjoying them too - and my seven- and ten-year old friends had earlier given them both the thumbs up. Their messages are slightly more sophisticated - which means that the book will have appeal for some years to come. Miss Two has a baby brother so it will not be long before he too is interacting with the stories. We were really pleased to see that the book comes in a durable, hard-back edition as this means it will last for a very long time.

Little Bear is in the cave with his mother and father, who have settled down for their big winter sleep. But Little Bear has a problem - he can't get to sleep! He snuggles and sings and softly strokes ... more...