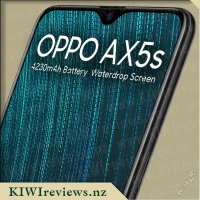 Disclosure StatementFULL DISCLOSURE: A number of units of this product have, at some time, been supplied to KIWIreviews by the company for the purposes of unbiased, independent reviews. No fee was accepted by KIWIreviews or the reviewers themselves - these are genuine, unpaid consumer reviews.
Available:
at selected retail outlets and local Spark stores.

The OPPO AX5s is a value powerhouse, delivering a premium experience without the premium price tag. Featuring modern design, a large 6.2" display, as well as a huge battery and oodles of storage, AX5s is dressed to impress. 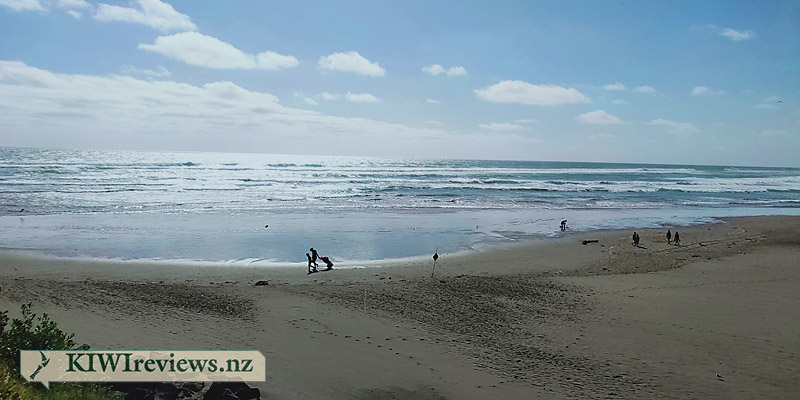 A while ago, I had the chance to put the OPPO AX5s through its paces. I had a great review lined up, then I took it with me to Christchurch for a week and used it to take snapshots in various locations, and under a variety of conditions. That changed my mind on a few things, so I took some extra time to rewrite the review to more accurately reflect my experiences and impressions after a wider test run.

The first thing to note is the amazing value for money it represents. For under $300 you get a device packed with the kind of features you would easily find in higher-priced handsets from other brands. Sure, there are some minor features missing, but something has to go, or be downgraded, to fit this into the price pocket it's aiming for. For me, as someone who uses their phone as an all-purpose camera too, the one feature that struck me as 'obviously missing, and frustratingly so' was the ability to set the resolution on the camera. When it comes to pixel-counts, bigger is indeed better in almost all situations... except when you want to send a thumbnail version to someone over a low-speed wifi connection. That happens a lot for me, when I am out shooting 'for work purposes' and I want to get fast feedback from the boss. I could be anywhere from the middle of a rural cornfield to in the middle of a crowded convention - both are situations where bandwidth is reduced by either distance or overuse. It's a function of the Android OS, so for OPPO to continue choosing to obfuscate that and deny users that hardwired option is frankly baffling to me. Still, the photos are amazing, thanks to the image stabilisation and AI tweaking.

Since I am not really one for the selfies under most situations - why risk ruining a nice shot with my hairy mug grinning in the corner - the 8MP selfie cam wasn't a big deal for me. While others are throwing 12+ MP into their handsets, all that results in is higher price tickets for devices that give you images which usually get cropped down by the various SocMed platforms during processing anyway. On the flipside of that, I would have liked to have seen better than 13MP on the main camera. The cost difference between a 13MP sensor and a 20MP sensor is not significant enough to warrant the lack of upgrade while staying in the same price bracket. There are some fun software features to play with in the camera mode too, such as the AR stickers. Lots of fun!

To look at the handset, you'd expect to find it swinging a bigger price tag. It has that smooth, comfortable feeling usually found in the mid-range phones, and the high-gloss black is sleek and stylish. I found that the gloss showed off fingerprints a lot more, but that wasn't a huge issue - you should be wiping down your phone screen every evening anyway, to prevent residue and grime build-up on the glass. The natural oils from your fingers will trap dust overnight, which can, over time, form a crust that obscures the screen and can affect touch performance. The screen featured the discrete OPPO 'waterdrop' feature at the top, to house the selfie camera and other sensors. This means that you get a nearly-full screen, about 90% of the front is screen, one of the more impressive feats in an entry-level phone. Usually, cheap phones have honkingly huge, horrible bevels, but not so here!

Performance is moderately good overall, but quite good for this price point. It should be noted here that the AX5s is a cut-down version of last year's AX5. I will not be comparing these two devices, but is it worth noting the difference in models, because IMHO that difference in hardware is more than compensated for by the reduction in price. Powered by the MediaTek MTK6765, and with 3GB of RAM, this unit won't serve those who like to carry a supercomputer in their pocket. Don't try to play PUBG Mobile for example. It is still more than capable of handling the day-to-day matters of your average teenager, student, etc. I found it quite usable, despite having patches of Power User needs. It did all I asked of it, in a reasonable amount of time, without heating up significantly, and at the end of the day, that's all I would want from it barring a few more pixels in the photo area.

Speaking of pixels, the screen is a 10-point multi-touch, capacitive screen that gives you 1520x720 resolution, so while you won't see any improvements above HD720p, what you do get is crisp, clear and colourful. I was able to watch a couple of digital-subscription HD movies without lagging, buffering or glitching thanks to the IMG GE8320 GPU, which is more than enough on a 6.2" screen.

Power usage is, on the whole, quite impressive. Fueled by a whopping 4230mAh Li-Ion battery pack, you can work this baby until it sweats and still get a full day out of a charge. Lower-performance usage results in substantially longer periods between charges. This is very important when paired with the smart power management built into the Android OS and the ColorOS software overlay that OPPO slaps on their devices. Personally, I find it makes the handset far too iPhoney for my tastes, and the lack of some small customisability functions irks me enough to find the phone a little bitter for me overall. I do want to really point out here though, these are personal, cosmetic and quite subjective issues. Getting below the facade and looking at what this device can do for the cost, it wins out over more costly, beefier devices available.

Overall, it's a top-notch entry-level phone, no pun intended. It will do all you ask of it, within reason, and give you good service. It is one of the rare handsets these days that still carry the 3.5mm headphone jack, which I really love, since I will use Bluetooth headphones when I can, but when their battery runs out, I need to be able to fall back on the corded earbuds I carry in a small film canister in my backpack. It comes with 64GB of onboard storage and the option to expand it with a microSD card. It supports Bluetooth 5.0 and OTG storage, but it only does wifi at 2.4GHz and doesn't support NFC at all so no good if you like to load your contactless-payment options onto your phone. Apart from that, it's actually a stunning unit and one that impressed me so much when I used it 'in the wild' that I simply had to rewrite the review to more accurately cover my impressions. Well worth getting, even if only for your kids as an affordable replacement for the one they sat on and broke.

Get snapping with the the Motorola V525 and it's integrated camera. When your mates call, check out who it is with picture phonebook. Go anywhere when travelling with quadband, hear great tunes with it's MP3 player and get connected with Bluetooth.