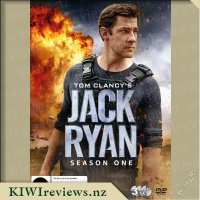 Disclosure StatementFULL DISCLOSURE: A number of units of this product have, at some time, been supplied to KIWIreviews by the company for the purposes of unbiased, independent reviews. No fee was accepted by KIWIreviews or the reviewers themselves - these are genuine, unpaid consumer reviews.
Available:
in selected retailers June 2019

An up-and-coming CIA analyst, Jack Ryan, is thrust into a dangerous field assignment as he uncovers a pattern in terrorist communication that launches him into the centre of a dangerous gambit. 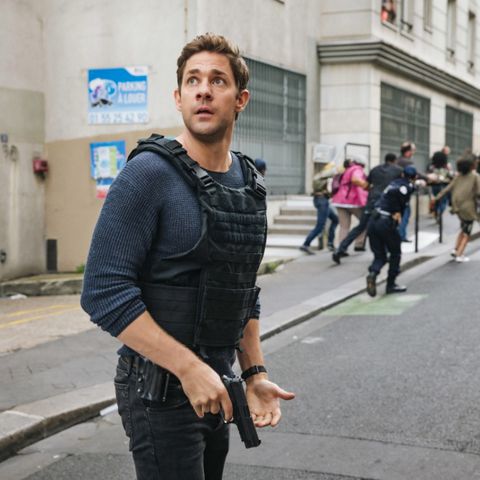 I didn't even realise that this was a thing until I saw the DVD being released. I guess that is the downside of Amazon having such little presence in New Zealand (unlike Netflix, which dominates the online media industry over here). On the upside, it means I don't have to wait to watch this series. All eight episodes are there ready for me to binge. And binge I did!

Jack Ryan is a political action drama series based on the Tom Clancy novels, with John Krasinski (remember Jim Halpert from US version of The Office?) in the titular role of Jack Ryan. One of the issues with casting someone who was in such an iconic and meme-worthy office-based show is that it becomes very difficult to separate the actor from the role. This is made even more apparent when Jack Ryan finds himself in office locations (quite common for a data analyst).

This initial season was surprisingly short, only having eight episodes, over the more common 10, 12 or even 26 episodes. This works quite well, as it allows for a reasonably concise story, with minimal filler content. The structure of the series is actually quite peculiar, as it spends a lot of time developing the antagonists. In fact, they even spend more time on the antagonists than the protagonist (you will find several episodes where you may not see the titular character at all.

It's an interesting direction to take the series, with many attempts made to humanize and explain the rationality behind the motives of the villains. Controversial, especially as the show focuses on terrorism, but it's refreshing to have some good character development on the antagonist side. It's just a pity that there wasn't the same level of care taken with the protagonists' side. Most of the good guys are rather one-dimensional characters, and while they balance each other well, I'd really like to see more development of the backstories of the characters.

While the show doesn't have much in the way of filler episodes, that isn't to say that all of the storylines are necessary. There is a drone pilot arc, that only intersects with the main storyline twice in the entire season, but still gets a lot of time spent following it. The pacing also does slow quite a lot mid-season, a consequence of spending so much time away from the titular character. Still, each episode manages to consistently draw you back in, successfully executing cliffhangers at the end of each episode.

Jack Ryan is reminiscent of the early seasons of 24; a slow-building modern-day US version of Sherlock Holmes. There are plenty of moments of action, and the production values are surprisingly high for a television show, with some great tense dramatic moments. The series is quite refreshing, but the real strength comes from its middle eastern cast; Ali Suliman steals the spotlight with his powerful performance. Definitely worth a watch.

Imagine what it's like to be shrunk down and immersed in a magical world of fantastical creatures living incredible, action-packed lives. With a cast of miniature marvels all less than a foot in size, these superheroes may be small but they pack a punch way above their weight. Chipmunks, elephant shrews, marmosets, scorpion mice, even giant rhinoceros beetles all face drama on a ... more...