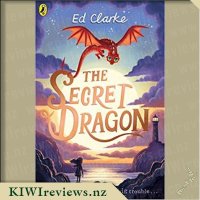 How To Train Your Dragon meets The Indian in the Cupboard in this funny, heartfelt story of friendship, family and timeless adventure.

When would-be paleontologist Mari finds a tiny dragon while out fossil hunting on a Welsh beach, she knows it's a discovery that could change science - and her life - forever.

Mari wants to make a scientific study of the baby reptile that will astound the world. But this dragon doesn't want to be studied, it wants to be free. And although it may only be pocket sized, it has a giant appetite for mischief...

It's 1347 and fifteen-year-old Will, an orphan boy, lives at Crowfield Abbey. Sent into the forest to gather wood, he rescues instead, a creature from a trap - a hob, who shares with Will a terrible secret. Somewhere in the forest behind the abbey where he lives, is a grave. And buried deep in the snow is an angel. But how can an angel die? What has it to do with the monks of the Abbey? When two hooded strangers arrive at Crowfield asking ... more...