The Day The Plants Fought Back review 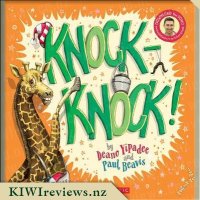 Gerri was a happy giraffe.
She dreamed of making people laugh.
She thought, "I'll give my neighbours a treat.
I'll knock on every door in the street!"

Laugh along with Gerri Giraffe.
If you don't - the joke's on you.

The Super Amazing Adventures of Me, Pig
Rating: 10.0

Keeper of the Crystals 2: Eve and the Fiery Phoenix
Rating: 8.3 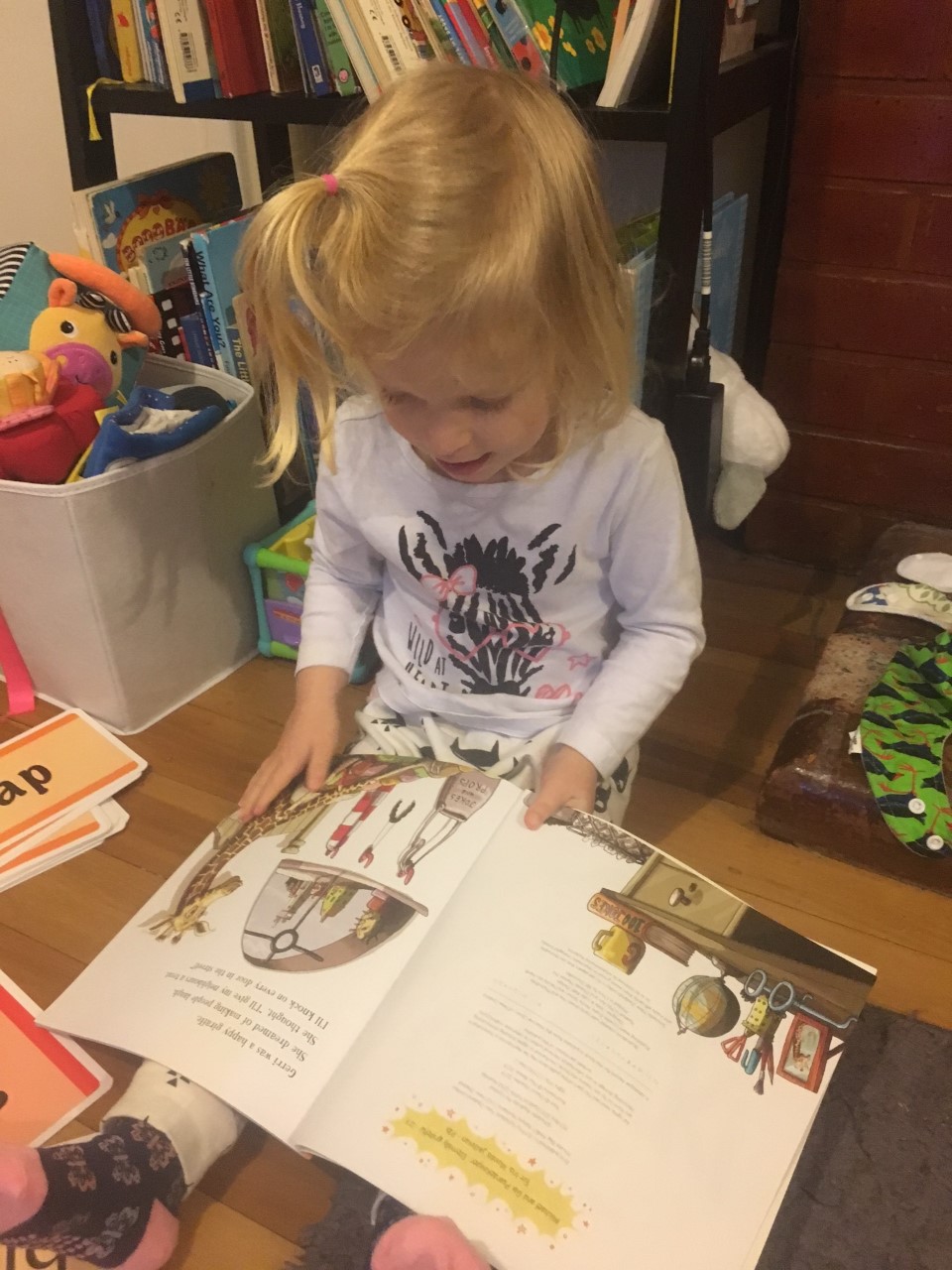 Giraffes are one of Miss 2.5's favourite animals, so as soon as she caught sight of the cover of this book, she was ready to enjoy it. Once she realised it was about counting as well, a favourite activity, she was completely hooked. This was destined to become one of her most frequently read books even before she had started to listen to the story itself. Her little brother, who is just seven months old, was also interested in inspecting the new book. Even at his tender age he is able to appreciate bold colours and enjoy the social aspect of being read to.

As the story was read to the children, they reacted with delight; Mr Seven Months loved the knocking noise that Gerri the Giraffe made, and even if he did not understand exactly what was going on, he was more than able to appreciate the book at his own level. Repeated sounds and phrases are magic for this age group, and he joins in with an enthusiastic grin! He also responded well to the pages with simple illustrations and lots of white space. To complement the printed page, there is a link to an online version of the song which accompanies the story.

Miss 2.5 was old enough to follow the plot, and although she did not get the jokes, she laughed anyway because the grownups were laughing! Her sense of humour will develop as she gets older, of course, so it will not be long before she understands the wordplay involved in a Knock-Knock joke. Adults may groan at them, but children of most ages react with delight when they hear a new one for the first time. The ratio of text to pictures was perfect for Miss 2.5; there was plenty to look at while she was listening.

There is a message in the book which is not yet clear to either of the children, but which will become important for them to understand as they get older. Gerri the Giraffe was not popular with anyone whose door she knocked on - in fact, she was a real nuisance! When she learned to channel her humour, however, and share it at the right time and in the right place, she was welcomed by the same people. I love the way this message was presented as it did not show Gerri as being naughty so much as not being aware of how to act appropriately - something all children need to learn as they master new social skills.

If I have one issue with the book, it is that it is produced in a soft cover edition. Small children are still honing their motor skills and often damage a book without meaning to as they turn the pages. A hard cover edition, even if a little more expensive, would make the book more durable - especially in a household where there are children of different ages. Apart from that, we all loved the book and I am certain the children will be gaining pleasure from it for some time to come.

Wow, talk about a fun book! My kids were delighted when I brought this one home as they are Giraffe mad and they are also big fans of the other Deano Yipadee and Paul Beavis books! We've actually been through more than one copy of Nee Naw The Little Fire Engine in our house.

Before I get into the content of the Knock Knock story, and the awesome illustrations, I quickly realised the story is about following your heart and learning from experiences. Very clever and delivered in a hilarious way. My kids love Knock Knock jokes and although theirs don't always make sense, this book cleverly (and simply) combines an engaging story with, as the title would suggest, knock knock jokes. The kids' favourite joke (before reading the book) is even in the story (boo who?).

There is a free downloadable song and this was welcome in my house as the kids wanted to read it over and over (and over!) again. We downloaded the song and I was able to get other things done while they carried on listening and reading at the same time. It's a fun catchy song with all of the characters on it.

The illustrations are brilliant, as with all of Paul Beavis's books, he captures the comedy in such a captivating way. There are a load of fun things to look at on each page. The female giraffe (Gerri) is such a fun and endearing character. I can highly recommend this book for 3 to 7-year-olds and it's now be requested daily in my house!

When I saw Knock-Knock up for review I knew it was a book that I just needed to read. Miss 6 is very into reading on her own at the moment, and picture books of this level are the perfect ones for doing so. She absolutely loves Giraffes, her favourite animal at the zoo and also is obsessed lately with telling jokes, especially knock-knock jokes even though she doesn't always understand the concept of telling a joke fully yet, she thinks she is pretty funny!

Miss 6 was delighted to see me turn up at home with this book, as soon as she saw the cover and read the title she was off telling me a joke "knock knock", "who's there?", "Giraffe", "Giraffe who?" "Giraffe on the cover of the book," she thought she was absolutely hilarious and very clever! As she continued to flick through the pages, reading the story and looking at the pictures, she soon decided that we needed to take turns at speaking as if we were really telling jokes. She seemed to find the words easy enough to pronounce and read without much assistance which was great and quickly caught on to the concept of counting in the story with Gerri knocking indoors in order as he walked down the street telling jokes, this I felt was a great example of how simple it is to make counting and learning about numbers fun for kids!

After several days of enjoyment at home with this book and Miss 6 I managed to sneak it out of the house and to work with me, I work at a preschool and the teachers and children alike always look forward to hearing new stories. Well, this book was a hit straight away with eye-catching and comical images and the funny jokes throughout, the joke about Donkey Poo was the favourite by far, as there is just something about toilet talk that children love, especially 4 year old boys. Obviously after reading this book as I expected the children all went off telling their own knock-knock jokes and trying to say the ones which they had heard in the story.

This book really is a lot of fun, something which you would expect from the author's Deano Yipadee and Paul Beavis who also wrote the awesome children's books Nee Naw and Stink-o-Saurus. What I personally loved most about this book was the important message that it portrayed about believing in yourself, especially as this is something Miss 6 struggles with a lot, it showed that by not giving up and having self-belief that you can achieve anything you want to and that sometimes it just takes practice and a bit of time. The back of the book features 5 of Gerri's favourite jokes as well which is a nice added bonus, as well as the downloadable audio to go along with the book.

I recomend this book to all young and old.