« The Promise of Puanga: A Story for Matariki review

The Garden of Lost and Found review 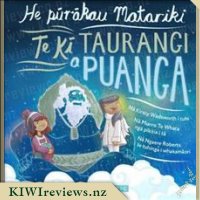 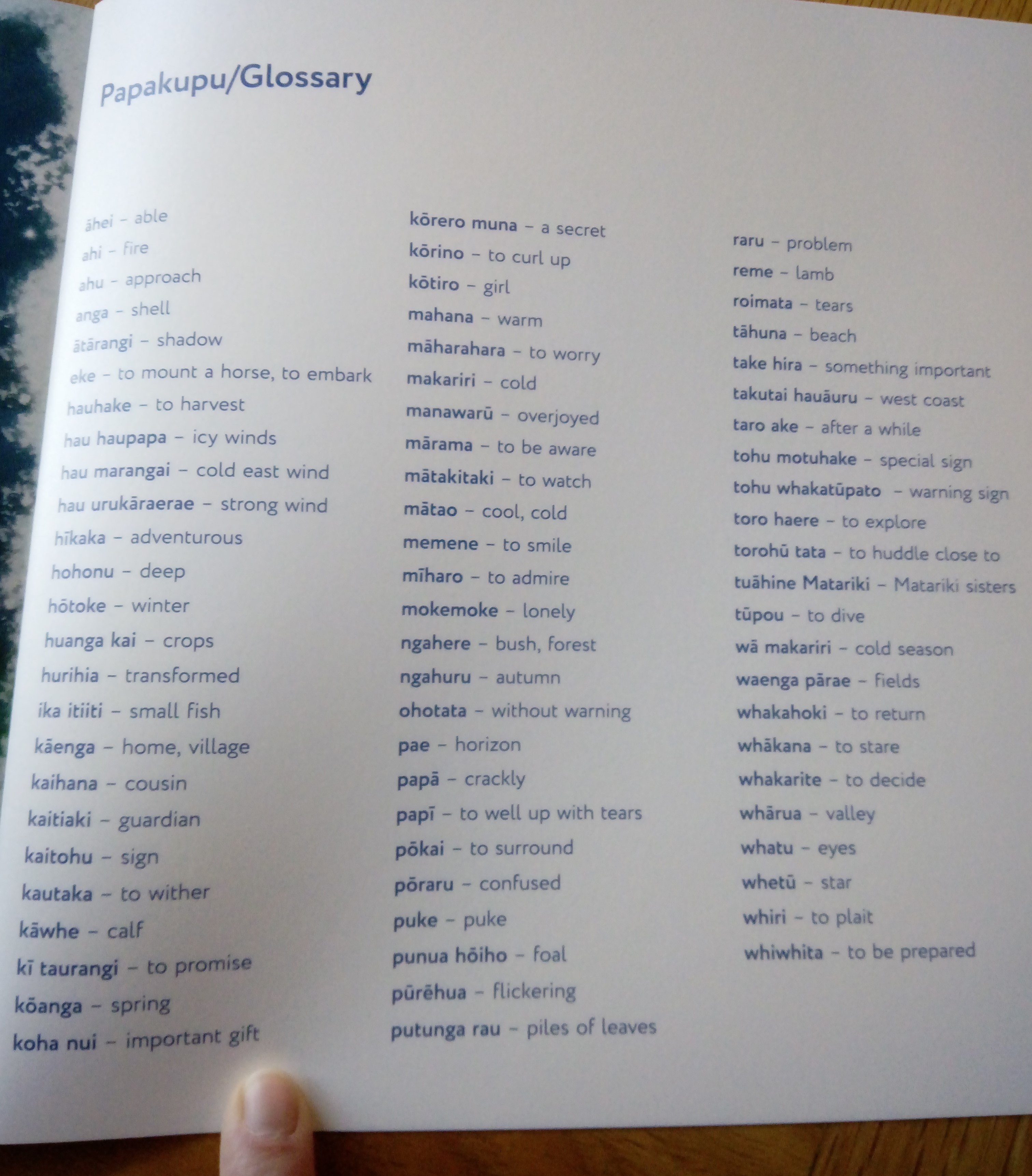 One of my goals this year has been to improve my te reo Maori, especially as I'm training to become a primary school teacher. My daughters are becoming proficient in the language and I must admit, coming from England, I do struggle with it. I thought Te Ki Taurangi a Puanga: He Purakau Matariki would be a great book for me to improve my te reo Maori and learn about Matariki and Maori legends.

The book is beautifully illustrated with water colour pictures and I managed to get the gist of the story by the pictures alone. At the back of the book is a Papakupu or Glossary which helped me to decipher certain words and phrases. The book is about Hana and her best friend Puanga who spend summer, spring and autumn having adventures together. During winter, Hana discovers that Puanga is a star that used to live with her cousins, the Matariki sisters. She offers to go back into the sky to be a shining star so the people of Aotearoa can see her and know that winter is on it's way.

The author uses a range of short and long sentences and also includes dialogue. It is an uplifting story that explores cultural diversity and traditions with themes around family and friendship. If you have children that loved Moana and Maui then they will love this book too! 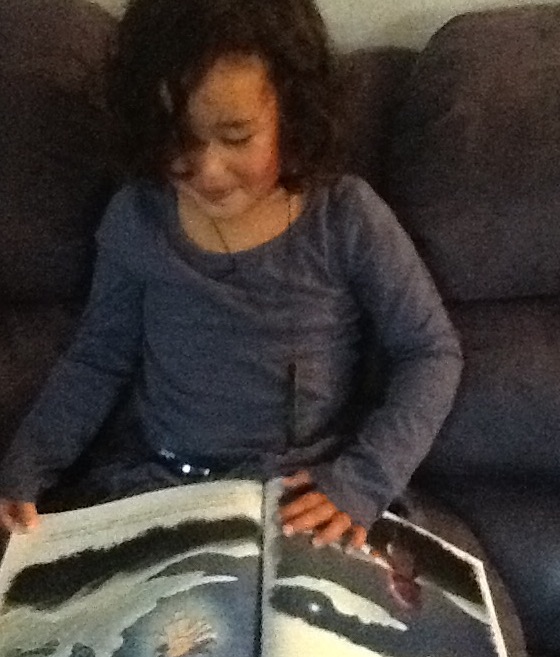 This is yet another delightful Matariki themed book - with yet another take on the original legend. I have read several now, and it is rewarding to find just how unique each one is. This one is all about special friendships and how they can transcend space, all within the context of the Maori cosmology and tradition. Even without the text, the beautifully drawn pictures make the story come alive for even the youngest reader. And the girls loved the glossy cover which they kept stroking as we read!

I planned to read it with the twins as I thought, being "big girls" now, they would be most suited to follow the story with me. However, their little sister was also intrigued by the story and kept taking the book away so she could look at the pictures on her own! The text itself is quite long - probably twice as long as any other books I have read to them so far - so I thought I would read half of it, then stop and come back for the rest later. The last thing I want to do is to go beyond a child's attention span as that it the best way to discourage them. Better to treat it like a "chapter book" and save some for later!

The girls are all bilingual, so our story consisted of readings in Te Reo interspersed with comments in both Maori and English. As always, I am thrilled to be able to share a book with them that can support their reo: there is still an imbalance in New Zealand between English-language books for children and books in Maori. The more good resources there are available, the better our young ones' learning is enabled.

I was also glad to see that there Is a papakupu included - not only is this particularly suitable for parents and teachers whose own knowledge may be patchy or out of date, but it also provides support for regional variations in words. I double checked the word "kaenga" on the first page as I know it as kainga, and although I was pretty sure I was right, it was good to have this reinforced. After meeting the variation "kaik" in Otautahi (short for "kaika!") nothing could surprise me. I was surprised, however, that the word "puke" was translated as "puke" instead of "hill" - that could take some readers aback, given its very different meaning in English!

The story itself is delightful. The girls were easily able to distinguish between Hana and Puanga because they were physically quite different, and got quite upset when Puanga told Hana her secret and said she had to leave. The twins have each other, but their younger sister has friends at her kohanga reo and was better able to imagine what it would be like if one of them moved away. The image of Tawhirimatea amused them; every time he appeared on a page the three of them would start blowing on the page and at each other as they all tried to mimic the wind. The artwork is a fusion of European and Maori styles - I was momentarily reminded of de Saint-Exupery's watercolour illustrations for Le Petit Prince, which demonstrated a similar blending of styles.

Thumbs up, as usual, to Ngaere Roberts for a great translation from the original English. It is always reassuring to read one of the books she has worked on as she has a flair for tailoring the words for the same target audience that the English language original was intended for while still staying faithful to its intent.

When Beck Granger is ship-wrecked in the open seas, he needs all of his survival skills to save a small group of passengers. But the sinking was no accident. In order to stay alive, he'll have to work out who wants him dead, and why. That is, if the sharks don't get him first...It is an explosive adventure from real-life survival expert Bear Grylls.