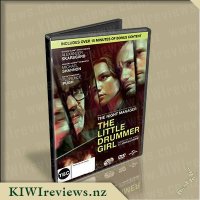 Disclosure StatementFULL DISCLOSURE: A number of units of this product have, at some time, been supplied to KIWIreviews by the company for the purposes of unbiased, independent reviews. No fee was accepted by KIWIreviews or the reviewers themselves - these are genuine, unpaid consumer reviews.
Available:
in selected retailers April 2019

This six-part miniseries, based on John le Carre's best-selling novel of the same name, is a passionate love story set in the late 1970s that weaves a tale of espionage and international intrigue.

It follows young, idealistic actress Charlie, whose relationship with the mysterious Becker, an Israeli intelligence officer, leads her into a complex, high-stakes plot devised by spy mastermind Kurtz.

She takes on the role of a lifetime as a double agent, and as she is drawn more deeply into a dangerous world of duplicity and compromised humanity, Charlie falls in love with both Becker and Kurtz. 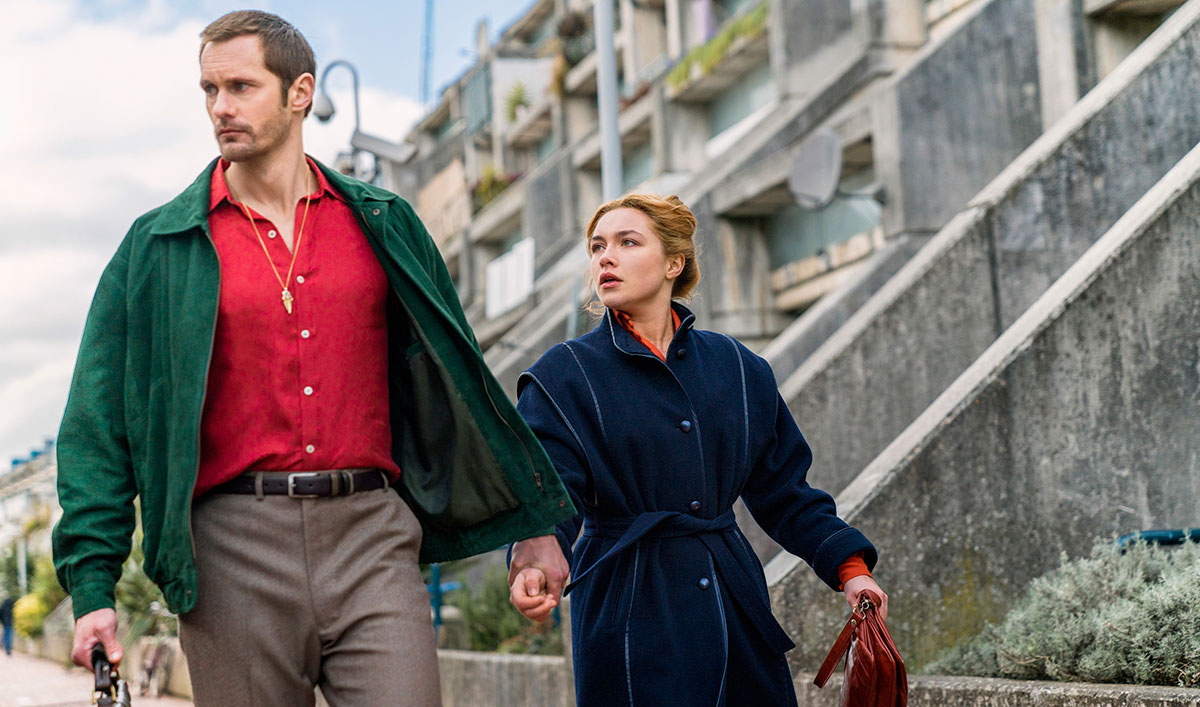 'The Little Drummer Girl' is a six-part series. I hesitate to use the term mini-series when the content consists of six near hour-long episodes, there is nothing "mini" about it. With a plot that centres itself on an intelligence agency using a civilian to infiltrate a terrorist organisation after a terror attack, one would expect a fast-paced and suspenseful international spy thriller. The end-product is instead, a gruelling slow-burn of a drama that fails to truly build up to anything satisfying.

Visually, the series is exquisite, with some impeccable set design and gorgeous locations, with some very expressive use of bold colours in not only the environments but the costume design as well. With the series set in 1979, the aesthetic of the show quite justifiably has much of the look of the 80s with the use of block and contrasting colours becoming increasingly common as the series progresses. The main cast are also an exceptionally attractive bunch; from the youthful, round-faced Florence Pugh to the lean chiselled Scandinavian that is Alexander Skarsgård.

Despite a decadent cast and wide variety of environments, the series lacks the depth to merit investing your time. While the series was done by the same production company that did 'The Night Manager', 'The Little Drummer Girl' lacks any form of authentic emotional clarity. The two leads, Pugh and Skarsgård don't have an ounce of chemistry between them, and their onscreen romance feels as half-baked as a roll of cookie dough left out in the winter sun; more "father and daughter" than lovers. Skarsgård's performance is composed of either staring in complete silence or uttering convoluted and awkward dialogue. The lack of development in their characters gives the audience nothing to latch onto, so unless you are absolutely enamoured with the cast beforehand, there is little appeal here. Pugh has a great sassy and guarded personality in her role as Charlie, but without any substantial backstory, it takes a while to warm up to her.

Michael Shannon is a different matter, however, and while his moustache looks incredibly out of place, his performance is the best of the bunch. While initially, his role feels more arrogant and pretentious, his character does receive back story and a story arc that develops his role of "puppet master" into something more unsettling, but intriguing nonetheless.

Outside of the cast, many scenes don't make sense to the direction of the plot and feel like they have been inserted purely to instil a sense of drama and tension at any cost. In fact, the entire opening scene has a great ticking-bomb scene that is suspenseful and exhilarating, and yet no other point of the series lives up to those opening scenes. Perhaps my view of the series would have been better if I had not seen that first sequence, as I viewed with 'The Little Drummer Girl' with the expectation that future scenes would reach or exceed that initial level of energy and effort.

As a drama, it is quite well done, though. You have to give it credit for that. It provides quite a clinical view of how this kind of operation would be carried out, exploring the many stakeholders, and the number of agencies involved on both sides of the fence. The attention to detail in some cases can be quite fascinating, and the level of deception, manipulation, and omission of information can certainly pique your curiosity at times. While I liked to see the various definitions of "justice" from each character and learning of their motivations, it fails to properly identify and justify those motivations. While I generally hold great disdain for flashbacks, a small scene here and there, or even just a simple monologue would be useful in making the viewer invested more.

It all adds up to a series that takes five episodes to build up to a finale that doesn't feel satiating. With no real sense of scale or danger (not helped by the series avoidance at looking at the consequences of these terror attacks, and a fair amount of time trying to explain the antagonists' reasoning) there is nothing that grabs your attention. With no sense of peril and a general sense of apathy towards anyone onscreen, you don't finish the series with a sense of satisfaction. Spending more time moving from one location to another, it appears too much time was spent on production design, and not enough time was spent on creating a script that would do the story justice.

If you enjoy slow-burning blood-less period espionage pieces, then this will be for you. If you want to care about the characters and care about their safety in a high stakes game of deceit; this "sheep hiding among a pack of wolves" story is disappointingly bland and uninspiring.

The adventures of Ragnar Lothbrok: the greatest hero of his age.

The series tells the saga of Ragnar's band of Viking brothers and his family as he rises to become King of the Viking tribes.

As well as being a fearless warrior, Ragnar embodies the Norse traditions of devotion to the gods: legend has it that he was a direct descendant of Odin, the god of war and warriors.