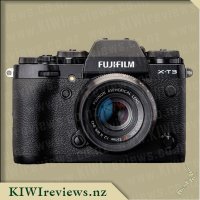 Disclosure StatementFULL DISCLOSURE: A number of units of this product have, at some time, been supplied to KIWIreviews by the company for the purposes of unbiased, independent reviews. No fee was accepted by KIWIreviews or the reviewers themselves - these are genuine, unpaid consumer reviews.
Available:
at selected retailers nationwide 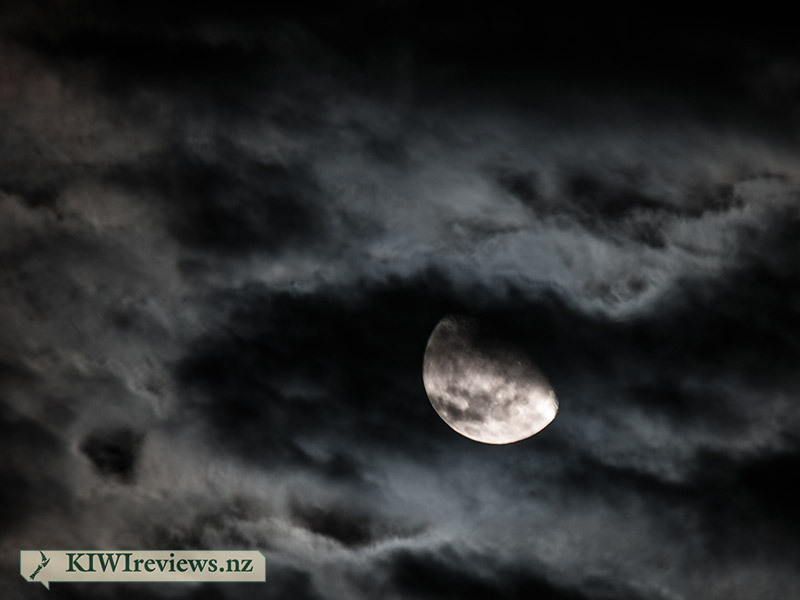 Using this camera was an exercise in controlled nostalgia. With all the brains and functionality of modern hardware, but with a distinctly 'old-school manual' design, this is a camera that could very well bridge the gap for retired photographers to get back into the swing of things. I cut my teeth on an old analogue film camera back in my teens, and admit that I became a bit lazy with the modern cameras available these days. It's all so simple to flip modes and say "I'm going to control this one aspect, and the camera can adjust everything else to compensate for the best results" which is, really, a pretty easy cop-out. The first thing I noticed when I started to play with this - the first Fujifilm DSLR I have ever had hands-on time with - was how it immediately brought back memories of picking up a pre-digital camera and figuring out what made for a good shot.

ISO, exposure and shutter speed are all handled with analogue-style dials arrayed on the top edge of the camera to be operated by your thumbs, and there's no index-finger dial on the front of the grip, which I am used to from my current DSLR. You still have the 5-button 'thumb-pad' plus a thumb-dial - that sits between the Auto-Exposure and Auto-Focus buttons at the top-right edge of the rear face - which can all be customised in the settings so you can configure the controls to your style rather than have to learn a pre-defined layout that may not be intuitive to you. I didn't really play around with that too much because of the amount of time I had with this unit and the sheer scope of customisation options available... I remapped things a couple of times to try out some ideas, and to my slight shame, I admit I ended up settling for a close approximation of the layout that came default with my current camera, simply out of expediency. I know the layout without having to think about it too much, and time was limited so I needed something that would allow me to get to work rather than spend a week playing musical-chairs with the functions.

I found the chassis to be a little lighter than I expected, and the small grip on the right side made me wary, so I was always careful to ensure I had a good grip on the strap at all times, especially if I was leaning over water. If you were to attach a larger or weighty lens, this could be a matter of some concern, but I will admit the ridge in the top-right corner did allow me to lock the chassis with my thumb for extra stability at times, especially to offset slight movement.

Being mirrorless, the viewfinder is a digital screen, and packs am impressive 3.69MP into a tiny space, meaning you get crisp, clear looking images but beware - if your image is slightly out of focus - for those who prefer to use manual focus or are trying to do something arty - then you won't notice it until post-production. Because this camera is also purpose-built for videography, the refresh on the viewfinder is a vital factor, and it comes set at 60fps by default - more than ample for regular video shoots. However, if you need that extra edge, you can 'boost' it to 100fps and get zero lag. A very impressive feature that is made even more astounding by the complete lack of degradation when the camera is in action. I have mid-range video cameras that can't boast such abilities, so to find that kind of functionality in a dual-mode DSLR is a little humbling. I was also pleased to note that the designers positioned the viewfinder out from the body to a larger degree than I am used to because it means no more nose-prints on the rear screen!

Speaking of the rear screen, this is a real cutie! With 2-axis articulation, you can not only tilt the screen out from the chassis vertically, allowing you to hold the camera down on your chest and look down on the camera screen, but you can also tilt it horizontally, so you can have the camera off to one side of you and tilt the screen to view. Combining both articulations gives you a huge range of angles to view from - perfect for when you want to hang the camera away from you entirely yet still be able to get a real-time view so you can frame the shot perfectly. While this isn't exactly new, it's the first camera I have had a chance to play with that came with this feature out of the box, and I am in love with it already. So many new opportunities present themselves with such a rig! Plus, what is new in this model, is that the rear screen is touch-enabled, making it an interactive part of the camera, and not simply a glorified viewfinder.

Using the controls became a bit of a mission for me, with larger fingers and small buttons, but I found using the thumb dial to scroll through options, and pressing the OK button to select the option I wanted was more intuitive and accurate... though probably not as fast. Because of this, I couldn't really make full use of the touchscreen implementation and had to rely more on buttons and the joystick (yes a JOYSTICK!) to navigate and adjust controls on-screen. This was particularly frustrating when I tried to play with the movie mode, which appears to create a new bank of settings, so you don't lose your still-shot setting when you flip to shooting video, and vice versa. Adjusting settings via the dials would introduce shake and judder into your footage, so you can drive the entire movie mode from the touchscreen. For Clumpy McClumpyfingers me, this was impractical, to say the least. Perhaps a remote control panel app, connected via WiFi or Bluetooth, would be worth investing R&D budget into. It would utterly remove the concern over footage glitches and allow the user to be anywhere and still control the show.

Under the cover on the left side of the chassis, you will find the communications ports - headphones, microphone, micro-HDMI and USB-C. The headphones and mic are essential for videography, as you want to be able to hear exactly what the camera hears, and being able to jack in an external microphone makes for better sound. You could use a clip-on mic with a 'dead cat' wind-noise dampening cover, or run in a clip-on microphone for crystal clear narration if that's what you need for your project. Transfer through the Type-C port means far quicker downloading of your photos and videos than via WiFi or previous USB variants. That is, of course, assuming you don't have a laptop or similar to simply slot in the SD cards directly. Speaking of which, this chassis comes with dual SD slots, meaning you'll have plenty of notice that you need to swap cards before you run out entirely and miss that essential action moment. The camera is rated to save 4k footage, so make sure you get 4k-rated SD cards to avoid buffer-lag or dropped frames.

Battery life was tolerable, but nothing too amazing. I found that if I 'chimped' - checking every shot on the rear screen - I managed to get about 350 shots from a battery before it reached critical, but if I shot-on-faith I could stretch that out to just over 400 shots before the battery started to give out. To be blunt, I was a bit disappointed in the battery performance, since I have owned DSLRs that get much better life out of older batteries. These are around 1200mAH per battery, so you could say an average of 3mAH per photo, whereas my current DSLR runs a 1500mAH battery and gives me 700-750 shots, so closer to 2mAH per shot - a 33% better performance. Still, there are better batteries and even an external battery pack you can buy if you really want to go down that road.

While it's all well and good to have an amazing range of options and features, at the end of the day, "what do I get out of it?" is the key question. The answer is complicated because the camera has presets for so many different scenarios, and each had highlights and issues... but overall I would have to say "You get some very impressive photos, based on your ability to use it properly." I often use a GorillaPOD tripod when I am out and about because it allows me to get shots that are simply not feasible with a regular tripod. Because of that, the dual-axis flip-out screen allowed me to ensure I got the best angles without having to guess at the framing and composition, or most importantly the timing. The resulting images in RAW areas to be expected, but what did surprise me was the clarity of the jpgs. There's some good compression applied, which brings the file sizes down to manageable, yet the images retained high definition detail and minimal compression artefacts. As you can see from the image attached, even at night with long exposures, there are some crisp edges there, which I genuinely did not expect. Lightweight for its form factor, and easy to carry without looking like a Disneyland Tourist, it is fairly discrete and didn't give me neck issues after a couple of hours, which my current DSLR does all too often. While some of the shots I tried suffered from noticeable shutter lag while the camera tried to give me the best possible results, it was still fairly quick to lock on to faces and selected focal objects in motion. Not perfect, but very, very good under the right conditions. I did find that face-lock in a crowd was almost impractical, and one none notable occasion it proved highly detrimental as it seemed determined to lock onto every face except the one I wanted, but as long as you aren't trying to go all Private Eye or use it to pick out a single face in a dancing mob, you should be fine. I would have liked to have seen image stabilisation on the video side of things, but even at this price tag you can't have everything, and you can buy lenses that will cover that to a degree I suppose.

Overall, a surprisingly good camera that has room for development but hits the ground running with an impressive toolset already built in.