« The Pacific: In the Wake of Captain Cook with Sam Neill review 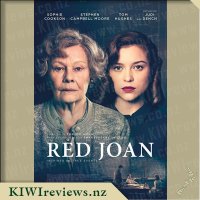 Disclosure StatementFULL DISCLOSURE: A number of units of this product have, at some time, been supplied to KIWIreviews by the company for the purposes of unbiased, independent reviews. No fee was accepted by KIWIreviews or the reviewers themselves - these are genuine, unpaid consumer reviews.
Available:
in cinemas 18th April 2019

The year is 2000 and Joan Stanley is living in contented retirement in suburbia at the turn of the millennium. Her tranquil life is suddenly disrupted when she's arrested by MI5 and accused of providing intelligence to Communist Russia.

Cut to 1938 where Joan is a Cambridge physics student who falls for young communist Leo Galich and through him, begins to see the world in a new light.

Working at a top-secret nuclear research facility during WWII, Joan comes to the realisation that the world is on the brink of mutually assured destruction. Confronted with an impossible question - "What price would you pay for peace?" - Joan must choose between betraying her country and loved ones or saving them.

Inspired by true events, and based on the novel of the same name. 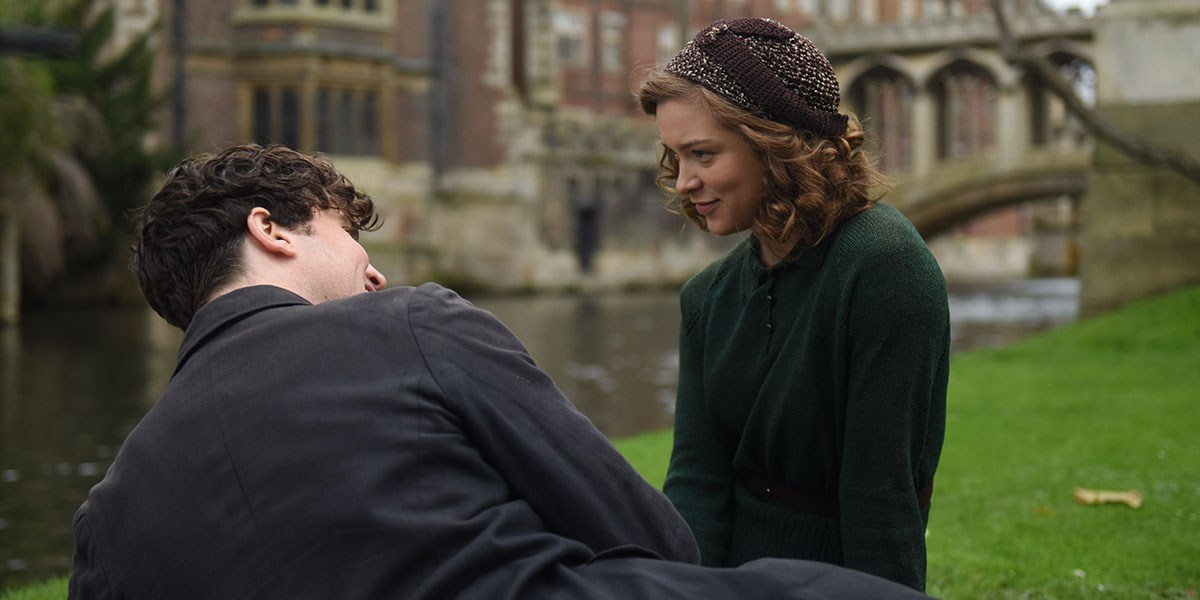 Red Joan is a British period spy drama, based on the real life of Melita Norwood, a KGB spy who was not discovered until she was in her 80's. The film is directed by Trevor Nunn and stars Dame Judi Dench and Sophie Cookson as Joan Stanley (a substitute name for Melita Norwood).

The film is non-linear starting at the point that Joan (Dame Judi Dench) is arrested by MI5 detectives, and frequently flashing back to memories of her younger self (played by Sophie Cookson) as she attempts to explain her involvement with the KGB. It is an odd choice thematically, as it goes against the expectations of the audience as to how this film would go. When one imagines World War II, the consequential Cold War, and spies trying to gain intelligence in foreign countries, treason and bombs, you are almost always going to expect an action-packed thriller; instead, we have a sedated, romantic drama.

The theme of sexism is frequently brought to the attention of the audience, with some occasional tactless dialogue, but more often with sadly humourous behaviours that are a reminder of how little the world has really changed since then. Sophie Cookson is incredibly charismatic on screen and captures your attention with every movement. With the camera often focused up close on her face, much of the film relies on her facial performance. Yet, the strength of her character and justifications feel undermined by the romantic urges that lead her astray on several occasions.

The film only really works if the audience believes that the world is in danger, but that idea is never truly felt. Red Joan seems adamant that anyone with communist sympathies must be portrayed in a negative light, with no basis for their justifications. But without a real threat, without high stakes, the film is weak and uninteresting.

There is a nice contrast between Dame Judi Dench's frail, ailing granny, and Sophie Cookson's confident and proud youthfulness. It all keeps calling the direction of the film into question; with some rather distracting transitions between timelines, the modern-day arc is largely surplus and unnecessary. A linear timeline would have built up the tension to a higher degree and brought more engagement in the characters.

Red Joan is incredibly slow and doesn't build really towards anything. There is no real sense of how high the stakes are, and Joan's justifications lack any conviction. The real focus of the film is not on the protagonist's treason, or her wanting to save the world. This is a film about a woman searching for love, who ends up torn between two men on different sides of a war. If you want a spy thriller, you will be very disappointed. If you want a slow-burning love triangle in a scientific world war setting, then this will be worth a watch.

Visionary Wes Anderson's Isle of Dogs tells the story of Atari Kobayashi, 12-year-old ward to corrupt Mayor Kobayashi. When all the canine pets of Megasaki City are exiled to vast Trash Island, Atari sets off in search of his bodyguard dog, Spots. With the assistance of his newfound mongrel friends, he begins an epic journey that will decide the fate and future of the entire Prefecture.