The Pacific: In the Wake of Captain Cook with Sam Neill review 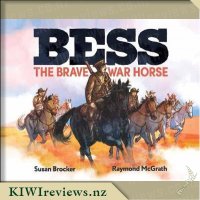 "She's beautiful; black as the night and bright like the stars. She'll carry me into battle, I'm sure..."

Captain Guy Powles gently led the young horse from the grassy fields of New Zealand to join hundreds of horses on troopships bound for a Great War in a land far, far away. Would Bess the brave war horse ever return to the lush green fields of home?

This story is based on the true experiences of a remarkable horse called Bess, one of ten thousand NZ horses sent overseas to battle in World War One. Tragically, at the end of the war, the horses could not return to New Zealand due to quarantine laws and a shortage of ships. Luckily for Bess, her master battled to have her returned home. She was quarantined with three other horses in England before being shipped back to New Zealand.

We have just been to Wellington where our family went to Te Papa and were fortunate to see the exhibition of Gallipoli: The Scale of our War and The Terracotta Warriors which has the skeleton of Phar Lap the horse on display. Master 7 and Master 9 are aware of war and we attend ANZAC Dawn Services every year so when I saw the story of Bess The Brave War Horse it was perfect timing to see if the boys enjoyed the story and to get us talking about the upcoming ANZAC Day and why it was so important.

This is a beautifully written and illustrated story with such detail that each time we read it the boys are pointing out the expressions on the horses faces, the soldiers faces, the pyramids and other animals in the story and are engaged each and every time. The story goes beyond what the soldiers accomplished, but tells us the importance of the horses in the war, the journey they went on, the struggle to get Bess returned and a true love between a horse and her soldier. I loved this story as much as the children did and it is one that will be timely to read again and again as we remember what wars were fought for our freedoms.

I feel the price of $27.99 is perfect for the length of the book, the story, the illustrations and the fact that this isn't just a one time read but a great story to have on the bookshelf to read at least annually. The story isn't just for children, but adults will also enjoy reading it to or having it read to them by the children.

I am going to suggest this one to the children's school to be read as part of their program for educating the children about ANZAC Day as it opens a world that isn't just about war, but about a relationship between a horse and it's Master and all they accomplish together. One of the best parts is that on the last page there is a note from the author telling about the basis of this story, Bess and Guy Powles, what happened to them and where people go to her memorial to honour Bess and the brave horses from World War One.

Congratulations to the author on writing such a lovely book about war that isn't scary for a child, but engages them in the conversations that make us want to honour and respect those who have gone to fight for our freedoms. 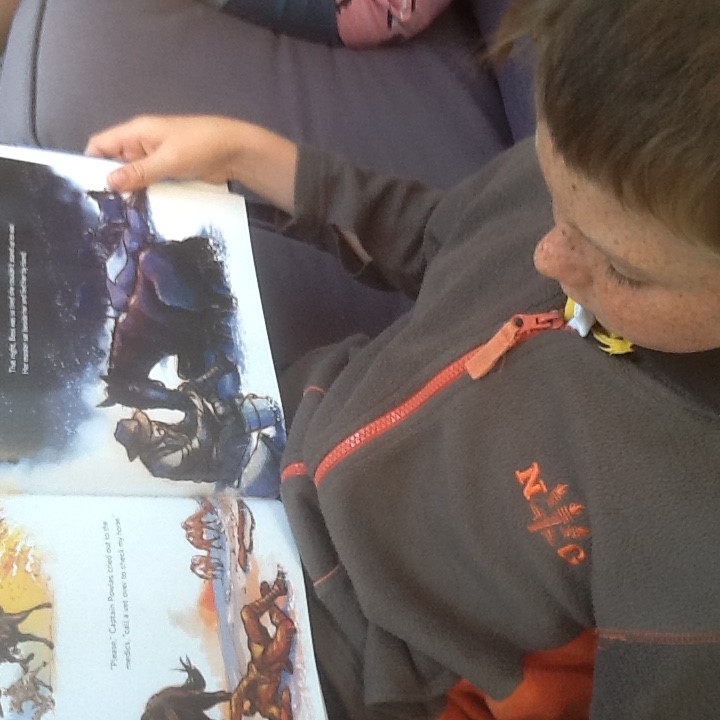 Mr Nine and I reviewed this together. I read it first, then gave it to him to read so we could discuss it. While he was reading, he was totally engrossed - the world outside ceased to matter as he immersed himself in the book. He is interested in stories on war themes, especially those that are based on real events, so this ticked both boxes. When he finally put the book down, he wanted to know when we were going to have afternoon tea. He had been asked twice if he wanted anything, and his sister had been sitting right beside him eating an apple, but he simply had not noticed! For me, that is the hallmark of an engrossing yarn.

We were both impressed that this is a hardback edition. Although it makes the book rather costly, it will survive handling by other family members - some of whom are very young and less careful with their books than Mr Nine and his sister. We also noticed that the materials used to make the book are environmentally sound so there is minimal impact on our surroundings.

Raymond McGrath's artwork is realistic, beautifully coloured to represent the different horses' coats; my personal favourite was the picture of Bess rolling in the sand in delight when she reached port in Alexandria, while Mr Nine loved the section where Bess was standing over Captain Powles to protect him. He further commented on the detail in some of the artwork - the matted hair of the horses in the water, and the background images of items like the pyramids that give context to each page. Even the black and white photographs on the endpapers are placed against a muted background of countryside reminiscent of a New Zealand field - although in reality they could be anywhere.

Mr Nine was interested to learn that horses could be conscripted randomly just as soldiers can when a country is at war. He thought this would happen only in big cities, but clearly it happened in smaller towns as well. He commented that it was not fair on the horses as they could be killed in battle, but then he thought about it some more and said that at the same time there could be more soldiers killed otherwise. Without the horses to support them and work alongside them, they would be at higher risk of capture or injury, and the death toll might have been much higher.

This tale itself is a delight for any child who is an animal lover, whether or not he or she is also into real life and war stories. Bess, the New Zealand horse who travelled half way round the world and eventually returned home to spend the rest of her life with her beloved Captain Powles, is sympathetically presented as a pet as well as a working horse. Just like a loyal dog, she is out to protect him even when there is personal risk to her. This bonding between man and animal is portrayed not only through the written text but also through various images where Bess is portrayed as a creature who is totally a member of the unit.

The next action-packed adventure from Asterix and Obelix!

The roads across Italy are in disrepair. Defending his name, and to prove Rome's greatness, Senator Lactus Bifidus announces a special one-off chariot race. Julius Caesar insists a Roman must win, or Bifidus will pay.

Open to anyone from the known world, competitors arrive from far and wide, including Asterix and Obelix. With Bifidus secretly scheming, who will win this almighty chariot race?