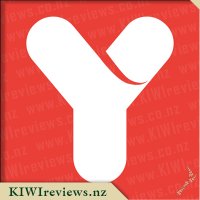 Disclosure StatementFULL DISCLOSURE: A number of units of this product have, at some time, been supplied to KIWIreviews by the company for the purposes of unbiased, independent reviews. No fee was accepted by KIWIreviews or the reviewers themselves - these are genuine, unpaid consumer reviews.
Available:
via their website

The downloading process is quite simple. Users need to add URL by clicking one button and select the output location. Our software lets to choose quality of downloading video. Users can download High Definition video, Full HD video and 4K video from YouTube.

Free YouTube download requires to be installed on PC. The program files can be placed on any storage device or hard drive.

So, I quite liked this app to start with. It did/does what it said it would, and without any fuss. Not quite as simple as the instructions would lead you to believe, there are a number of configurable options that let you tweak the downloaded file... but the programme doesn't always honour your choices, and that's a major issue.

What got me frustrated to all heck was that after getting the 1yr licence and setting it up, I went to use the app a few days later and was greeted by an error message that said my licence was invalid because too many activations were made using the code. Since I didn't give the code to anyone else, and had only installed it on one machine, this struck me as odd. I contacted their support desk, and thus began a series of emails that got more and more annoyed at my end, and more and more rude and dismissive from their end.

After 3 months of messing about, and having my licence reset MULTIPLE times with badly-concealed ill-grace and rank unprofessionalism, I gave up. Uninstalled the app, and deleted the page from my bookmarks. Would I recommend this app to others? Not likely!