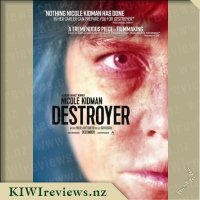 Disclosure StatementFULL DISCLOSURE: A number of units of this product have, at some time, been supplied to KIWIreviews by the company for the purposes of unbiased, independent reviews. No fee was accepted by KIWIreviews or the reviewers themselves - these are genuine, unpaid consumer reviews.
Available:
In cinemas 7th March 2019

As a young cop, Erin Bell went under cover to infiltrate a gang in the California desert -- with tragic results. Bell continues to work as a detective for the Los Angeles Police Department, but feelings of anger and remorse leave her worn-down and consumed by guilt. When the leader of that gang suddenly re-emerges, Erin embarks on an obsessive quest to find his former associates, bring him to justice and make peace with her tortured past. 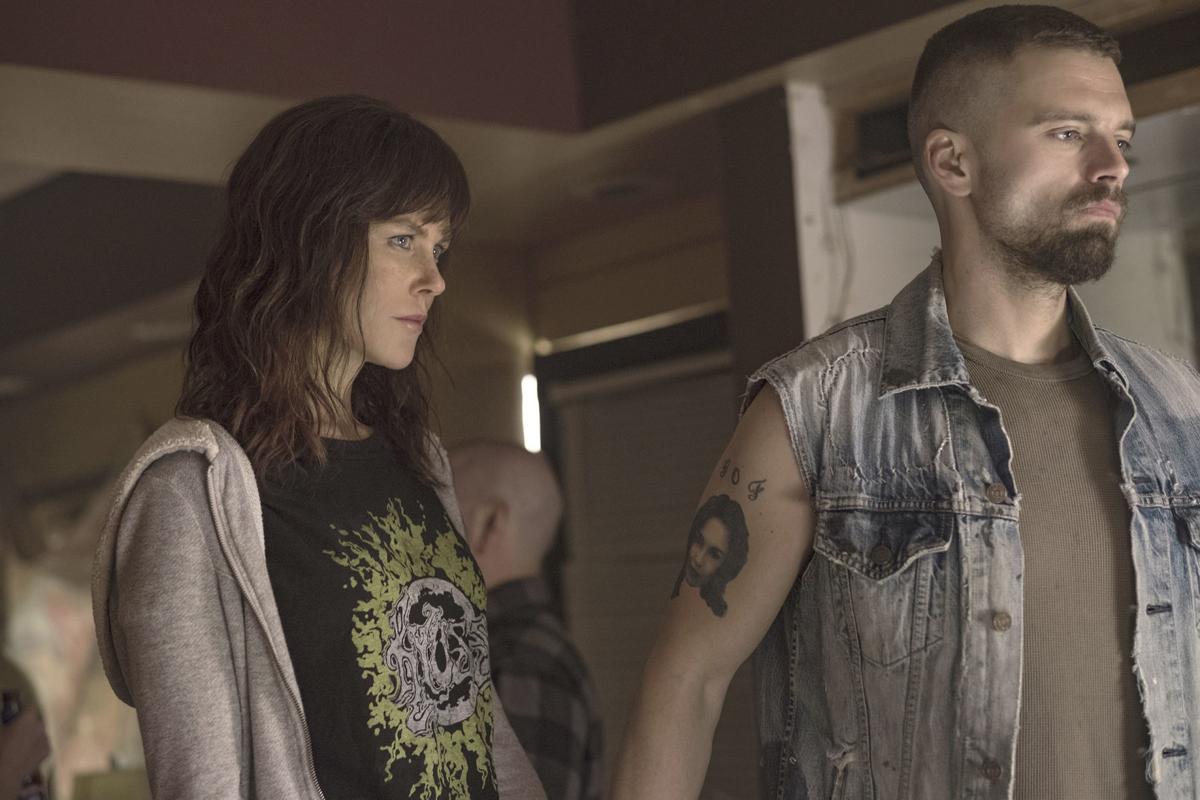 Destroyer is a very different film to what I was expecting. A thematically dark and gritty noir, it has the content that could have made a thriller, but the pacing lends itself more to a drama. Non-linear in its narrative, the film jumps between two timelines; the current path hunting down bank robbers, and her past history and connection with those same people. Destroyer has a protagonist that is initially unlikeable and off-putting, and despite the whole crime and investigation plot of the movie, everything is about the revenge and redemption arc of Erin Bell.

Nicole Kidman is one of those actresses that is highly recognisable. Even with the amount of makeup layered on here, the simply distance of her eyes gives it away. So despite what is a drastic change in appearance, it is still undoubtedly Nicole Kidman, and as such, is much that little bit harder to see her as the character that she is portraying.

Her role in Destroyer is quite a different one to what we are used to. She isn't in this film for the sake of beauty and this gritty, short messy haired woman, with the "no make-up" look and her drug & alcohol abused attributes is a very different character to what we would expect. It is a less than endearing character, and with an even less likeable personality, but Kidman makes Erin Bell a grounded character, who you slowly grow to understand as more of the back story is revealed to the viewer.

There is a contrast between the two timelines in terms of energy. The historical timeline being full of youthful exuberance and love, while the current day story is slow, jilted, and encompassed by rage and anger that really highlights the change that the protagonist has undergone, both physically and emotionally.

The story still feels like something is missing though. Despite the movie being focused on Erin Bell, there is so much of her childhood and upbringing that is left unknown. It's one of the aspects that makes it difficult to determine what her actions will be, and frankly, her actions often go against what would be expected of a protagonist. It's that depth of character that is really missing from the script and makes it difficult to see past the actress portraying her.

The plot itself is quite strong and emotionally heavy, which brings a certain amount of intrigue, but the switching between timelines is inconsistent and can make the story feel overly complicated and convoluted at times. Combine this with some rather extensive montages and transitions as the protagonist is on the move, and the viewer loses sight of how much time has passed, and starts to get a bit bored.

Destroyer is a drab, sluggish crime drama that works to subvert the viewer's expectations. It has a pretty by-the-numbers plot, that is mixed up with a non-linear narrative but has a twist that makes you question everything that you've seen. A slow-burner for sure, and a refreshing change of pace from Kidman.

They're back! jumping dirt bikes over fire and buildings and anything in their way. take a journey with the Crusty Demons throughout Australia, New Zealand, and the secret backyards in America. The "Dirty Dozen" is filled with the best riders making the impossible, possible!