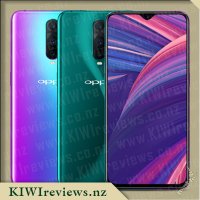 Disclosure StatementFULL DISCLOSURE: A number of units of this product have, at some time, been supplied to KIWIreviews by the company for the purposes of unbiased, independent reviews. No fee was accepted by KIWIreviews or the reviewers themselves - these are genuine, unpaid consumer reviews.
Available:
at selected telecommunications outlets

It can be said the beauty of the night is more delicate than the day. The R17 Pro brings you deeper into night's most enchanting moments, with powerful night shot settings that coax light through the dark to gently capture their allure. With its F1.5/F2.4 smart aperture cameras and OIS optical stabilization, even the faintest rays converge in clear, luminous images, and its AI Ultra-clear Engine means the press of a key is all you need to frame the night in moving clarity. When night falls, let the R17 Pro unveil the beauty around you.

The R17 Pro comes packed with a 2*1850mAh bi-cell design for up to 50-watt charging power that radically boosts battery performance. Capable of reaching 40% charge in just 10 minutes, and with five - core smart protection providing all-round monitoring, it's built to run safely at top-speed. 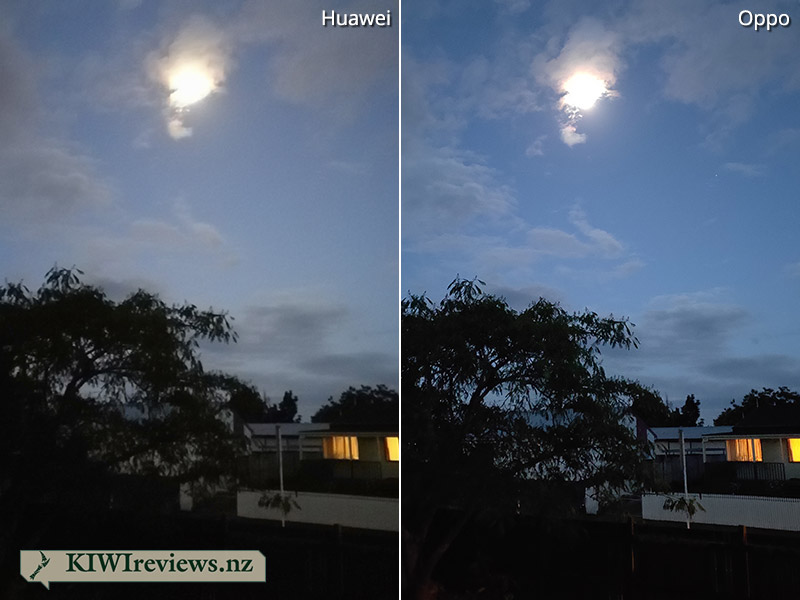 There's a lot of competition in the smartphone market these days, and some heavy hitters own the lion's share of the consumer dollars being spent on them, but in the last couple of years, there's been a shift in the power structure and a new player, that only hit our shores back in March 2017, has made solid inroads into the NZ market. Oppo is a Chinese brand and has had some amazing success overseas, but has also gained a solid foothold with some well-spec'd phones at affordable prices. Their latest offering is the R17 Pro, and while it's no flagship edge-cutter, it does cover the mid-range market fairly solidly... especially for the Social Media Generation.

One of the biggest things to "ooohhh" over about this phone is the charging speed. While many handsets are offering serious grunt power and performance, their biggest issue is battery life - features eat power, so more feature means faster drain, and there is a limit to the battery size you can cram into a slimline handset before overheating becomes a serious issue. While many manufacturers ride the knife edge between power usage vs storage, Oppo decided to acknowledge the fact that performance means drain, and go for a device that can be recharged at record speed. They claim the handset can go from 1% to 100% in 35-40 minutes... which I would have dismissed as marketing hype, had my tests not given solid credibility to the claim.

Never one to let the battery dip below 10% before I slap it on the charge, it took some doing to get this handset to drop to that low-tide mark - which I will go into later - but once I had the battery down to 10% it was time to plug it in. I plugged it into the supplied "SuperVOOC" charger at exactly 9pm and decided to check it again half an hour later... you can imagine my surprise to discover that the battery level was already reading at full! Doing the test again and checking it after only 20 minutes had the unit topped up just shy of 70% - which goes to show that sometimes you can trust the hype. Keep in mind, you would never get this kind of a charge rate using a generic charger. Most chargers will output a maximum of 5v at 2.4 amps, while the SuperVOOC unit - when it detects a compatible device - will pump out a top charge of 10v at 5 amps. It's like filling a bucket with a water-mains pipe instead of a garden hose.

Because of the 3,700mAh battery, this remarkable feat of electron pumping means even those who strain their phone with maxed-out performance profiles (such as anyone who plays Jewels Star or Candy Crush Saga) will get solid usage all day, because popping it on charge while you grab a coffee or during a meeting will top that beastie right back up. I honestly look forward to the day when all smartphones have this kind of tech as default - it will reduce the stress levels for some people dramatically.

Because Oppo has a range of handsets, aimed at different markets, you need to be aware that the 'R' series is their mid-range aimed squarely at the Selfie Generation, thus the focus is on photography and associated performance rather than high-end number-crunching. Because of this, they are using the Snapdragon 710 chipset. While this is far from the pinnacle of performance, it does the job quite solidly for day-to-day users who enjoy snapping pics and surfing the ever-turbulent waters of the social media ocean. Hardware limitations mean that this unit will never be great for videography - a complete inability to shoot any resolution at better than 30fps puts paid to decent action clips that are blur-free - it has enough under the hood to give a decent experience to those not interested in trying to cram a gaming rig into the palm of their hand.

Observant punters may notice that the unit has three lenses on the back - and that's a good look these days where 3-4 lens devices are becoming more of the norm - but what you may not be aware of is that while the third lens is present and functional in a technical sense, there's nothing inside that will activate it. The third lens is actually a 3d sensor that has no software installed at present - it's a piece of pro-active future-proofing that may turn out to be just a wisp of fancy if Oppo don't push out an update that wakes it up and allows 3rd party apps access to it for the sake of better VR/AR functionality. Touted as just the thing to give you a 3d scanner wherever you go, right now it is a cosmetic glass eye. Still, as a wise man once said, "two out of three ain't bad" especially when one of the two functional lenses has a variable aperture that will flip between f/1.5 and f/2.4 to give you better clarity and vibrancy in low-light conditions. As you can see from the linked image, this really shines in the dark (forgive the pun) when compared to smartphones that hit the market hundreds of dollars more than this unit.

In terms of user-experience, there are a few small issues I had... nothing major or deal-breaking, just little niggle-inducing things that take some of the gloss off the overall experience. One that seemed to strike me the most was the utter inability to change the order of the on-screen gadgets at the bottom of the screen - the three symbols that take you back, home, or show you what apps are running. I prefer them in a particular order and love the fact that many other 'skinned' version of Android allow you to select the order they appear in... not so on ColorOS it seems. Also, when in the Settings menu, I do like that there is a search box present, but it bugged me that every time I went up to start a search, it aborted back to the previous screen. Also, I found the haptic feedback to be more annoying than appealing and was quick to deactivate that to avoid reaching the rage-stage over it. When in the camera app, I am also used to side-swipes bringing settings and configuration options to the fore, but in this app swipes between modes - great once you get used to it I imagine, but I found it all too easy to change modes when trying to tap-lock the focus carat. Like I said, little things... but enough to tarnish it for me.

The display is quite outstanding in some aspects - mainly thanks to the OLED technology giving richer, more vibrant colours - but was quite mainstream in others. The resolution was a fairly-typical 1080p, and while novel, the waterdrop notch can get in the way a little for apps not "optimised" to waste that top row of the screen by sticking a strip of dead-space to pad the UI down a bit. To be honest, while I know it's the 'in thing', I am personally not a fan of this design trend, and look forward to the next big thing - whatever it is - that does away with anything encroaching on the visual display real estate. On that note, I want to commend the fingerprint sensor design at this point. While I normally avoid touching the things as though they carried the plague, the R17 Pro pulls off a design miracle and has the sensor actually inside the display space, underneath the screen. The glowing fingerprint icon appears (most of the time) when the phone is in the passive state, and it really does work as well as the physical-contact units to be found on the backs of most other phones. My biggest bug-bear with the majority of devices is that the fingerprint scanner is placed close to the back camera, so I have a greater-than-50/50 chance of leaving a fingerprint on the lens than actually unlocking the device. Having the sensor on the front, and inside the display, is a winning combo in my books.

Overall, this is a device that will appeal to a good audience, while having zero impact on the high-end market. It's well placed for the Selfie Generation, but should also carry some interest for the small-format digital photographer. I used it to snap some images for a media project and found the results to be more than adequate - in some cases superior to results from my DSLR. I am used to squarer handsets, so I found it took a bit to adjust to the 'abject smoothness' the designers bequeathed to this unit, but to say it was uncomfortable would be a lie. While it doesn't go to the extremes of some, where the screen folds over the sides at all, it does have that sleek, curved vibe to it that will appeal to just as many as it won't. This smoothness is amplified by the stunning back-shell aesthetic - the gradients make it quite eye-catching depending on the lighting. It does lack some of the more leading-edge features of course - waterproofing and stereo speakers being the two biggies for me - but that's to be expected from a phone pitched in this price range. Well worth considering for someone looking for a smart device that will catch eyes and capture great photos.