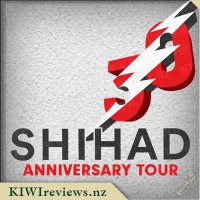 Once again joining the boys on tour are Auckland's energetic hard rock band Villainy, representing the new vanguard of Kiwi rock, and opening the stage for the Hamilton, Auckland and Mt Maunganui gigs are Aotearoa freak-funk stompers Kora and their infamously electric live show, while Beastwars take the role of opening act for the Christchurch, Wellington and New Plymouth shows. 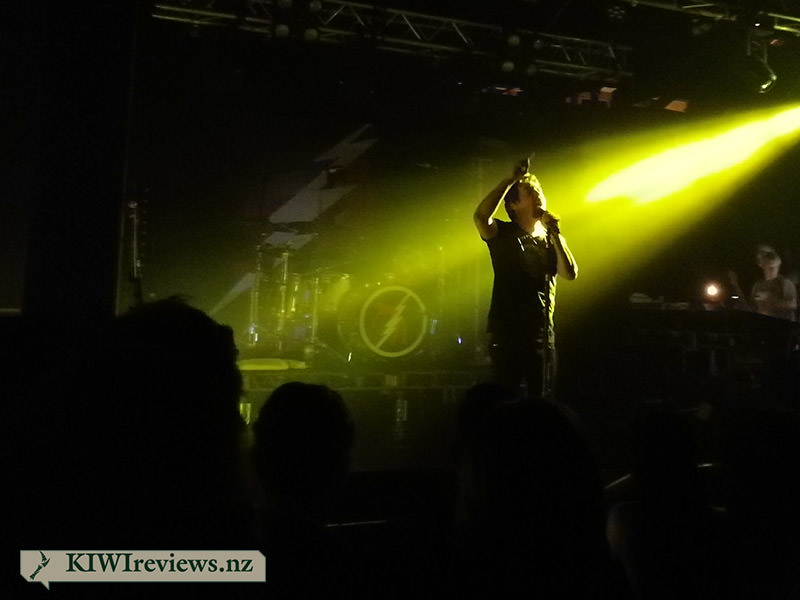 I can recall hearing some of the very early stuff from Shihad, and finding it quite interesting but not really to my tastes. As the years rolled on, their music changed and so did my tastes, and soon - around the "Pacifier" era - we found common ground. As it turned out, Pacifier became something quite special... the name of an album and also the temporary name of the band due to their growth into the US market and the Amercian resistance to the name Shihad for its similarity to Jihad (and if you have ever watched the movie DUNE you'll know they are synonymous). I was expecting great things from this gig, and as it turns out, I was far from disappointed!

I had planned to arrive just before Shihad hit the stage, but plans changed and it became easier to arrive earlier. Because of this, I had the chance to catch two bands I had never heard of prior to this gig - Villainy and Kora. This, as it soon became apparent, was a windfall of good fortune, because I got to experience some amazing music I would otherwise have likely overlooked.

First to the stage was Villainy. At this point in time, the venue was less than 20% full and almost everybody was either at the bar or outside enjoying the afternoon sun and a few pints. This meant I was able to get up front and snap off some mostly unobstructed shots of the band in action. I also got to enjoy some very under-appreciated music including the catchy ditty "Tiny Little Island" that has some cheeky lyrics wrapped up in a really catchy tune. Warning, once you have heard it, the chorus is going to get stuck in your head like a good earworm should. A new song, with a NFSW title, really appealed to me but I can't actually pinpoint exactly why. Titled "No One Gives a F**k About Your Dreams", this song is so new, the band's guitarist Thom told me, when we caught up for a chat after their set, that they have only played it in public "...something like three times." When it hits the outside world in a more accessible way, it's likely to become a hit in short order. It's one of those songs.

After they had finished, KORA took the stage. A 4-piece band comprised of the three Kora brothers and a brother-in-spirit, their music really took me by surprise. As they played, I caught echoes of their earlier Pacific Dub roots, but with hints of Trent Reznor's Nine Inch Nails and a smattering of Reggae in the basement. Topped off with some hard rock and plenty of audience involvement, these lads proved to be the perfect choice for the middle set, beautifully boosting the building vibe of the venue, which was now close on half-full and growing as more attendees were arriving in a steady stream. The early arrivals were now indoors, and with plenty of lubrication thanks to the easy-access bar at the venue, there was plenty going right, and nothing going wrong thanks to the obvious presence of the yellow-vested site security. I actually felt a bit sorry for those arriving at this stage - they had missed a lot of great music and had almost no chance to reach the front without shoving their way in.

Rounding off the evening was the main event - Shihad themselves. From the moment they hit the stage, the now-packed location was fully engaged with the show. The audience cheered, yelled, screamed, whooped and danced along with every track, and the band made the most of this with Toogood's iconic style of simply telling the audience what he wanted from them... and they complied. The playlist consisted of the band's favourite songs from every album released, starting with the most recent and working their way back to their first, with a plateau while they played entire first half of the General Electric album. Some of the heavier tracks caused a section of the audience area to evolve into a mosh pit that roamed along the front lines to the accompaniment of strobes and flashing beams of multicoloured lights piercing through the smoke. It was a stunning stage performance.

Overall, this was the event to be at, and while it is a shame that it was downsized from the Claudelands event centre, the smaller space gave a much better vibe to the gig and left the audience feeling more a part of the show than merely spectators to the performance. If you have a chance to catch any shows on the rest of the tour - you should!

All aboard for a wild ride on the Island of Sodor as Thomas and his engine friends deliver some Curious Cargo from giraffes and cows to birds and bunnies and more! Thomas meets a tall challenge while taking a giraffe to the Sodor Wildlife Center, Percy learns to be gentle with the animals of Sodor, and Belle and Toby discover the importance of listening to others. Join Thomas on his wildest adventures yet!