« A Star Is Born review 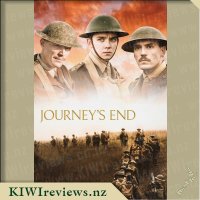 Disclosure StatementFULL DISCLOSURE: A number of units of this product have, at some time, been supplied to KIWIreviews by the company for the purposes of unbiased, independent reviews. No fee was accepted by KIWIreviews or the reviewers themselves - these are genuine, unpaid consumer reviews.
Available:
in cinemas 8th November 2018

Led by young officer Stanhope, whose mental health is rapidly disintegrating, a group of British soldiers await their fate in an Aisne dugout during the end of World War I. 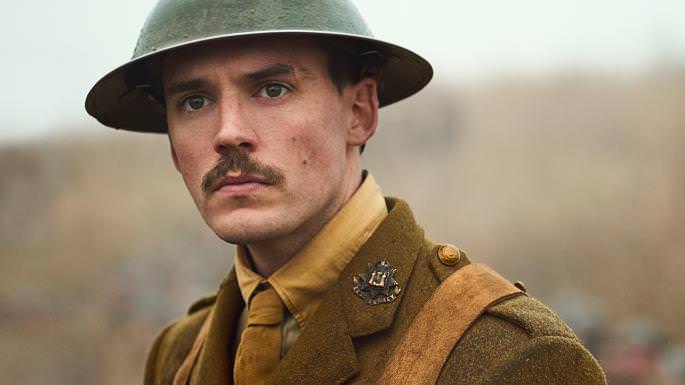 War films are an incredibly emotive genre when they are done right. The whole concept of watching a group of people fighting and risking their lives for what they believe is in the best interest of their country. It is an incredibly selfless act, that no matter what the nationality, you can really empathise with that nationalism and patriotism. This is the fifth film adaptation of what was originally a theatrical play, but as I have seen none of the previous iterations, I won't be looking to make any form of comparison. I will be simply judging the film based on it's own merits; as if it were an original plot.

Following a company of British infantry on the frontline trenches, fulfilling their six-day obligation before the next company takes their place, they await an attack from the German lines as they struggle with the things that they have experienced so far. When they receive information that the Germans will attack before their shift ends, and they will be expected to hold their position with no support, the film truly begins.

While technically a spoiler, it is such a vital part of the direction of the film (and the title gives it away to an extent anyway). It creates such an emotional situation when the men are effectively told that they have only a few days remaining to live. Watching the various ways of dealing with the situation, whether it be trying to escape, "self-medicating", or making the most of the solidarity of the group to distract themselves from the noose hanging over their heads. From brand new days old Officers to broken-down Captains, there is a multitude of different perspectives that cover early every possible option.

Visibly speaking, the colour grading is striking. In what appears to be mostly shot with just natural light, the colours are faded and murky and have a very wet, dirty vibe. With most shots done from within the trenches, there is a very restrictive, claustrophobic atmosphere that suits the content of the film well.

Casting-wise, I am truly feeling the over-saturation of the Marvel Cinematic Universe, with the three main cast coming across like Vision, Iron Man, and Spider-Man of the Avengers franchise. Helped by the fact that Lieutenant Osborne is played by Vision actor Paul Bettany. One of the strongest characters in the film, Osborne is the grounded elder of the group, who takes most things in his stride, and has the biggest heart of them all. Captain Stanhope (played by Sam Claflin) has a very Johnny Depp meets Henry Cavill look to him, and his mopey attitude would go well in the DC extended universe. Overall his character is far less likeable but one of the more genuine portrayals, with mental instability, struggling with the responsibilities foisted upon him.

Asa Butterfield's portrayal of the young Second Lieutenant Raleigh didn't fit quite so well. Despite being a freshman in the field, Raleigh came across far too innocent to be in the position that he was in. That being said his performance later in the film was very well done, showing how quickly one came become jaded, and their longstanding beliefs and perspectives shattered. The real surprising performances came from supporting cast Stephen James and Toby Jones. James, adding an air of positivity and control in tense situations, and Jones whose cuisine compromises created moments of levity in other inhospitable situations.

A slow starter, the film does struggle to get to its feet. Once the pieces are in place, however, and the timer starts to count down, the level of tension and suspense keeps you glued to your seat. Several layers of uncertainty add to the tension and elevate the emotive potential.

100 years of from the end of World War I, it's a fitting time to remind viewers of the other side of the coin. There is the often glamorised side of war, that paints fighting for your country as the best thing you can do for your country, but there is the often forgotten side that poor decisions are made, and lives are ended with nary a thought. Soldiers are expendable to those higher up. All lives matter, no matter the side, and the fragility of those lives is certainly on display here.

Blindsided by a new generation of blazing-fast racers, the legendary Lightning McQueen (voice of Owen Wilson) is suddenly pushed out of the sport he loves. To get back in the game, he will need the help of an eager young race technician, Cruz Ramirez (voice of Cristela Alonzo), with her own plan to win, plus inspiration from the late Fabulous Hudson Hornet and a few unexpected turns.

Proving that #95 isn't through yet will test the heart of a champion on Piston Cup Racing's biggest stage!