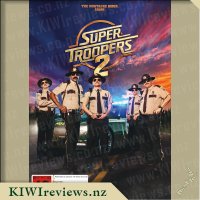 Disclosure StatementFULL DISCLOSURE: A number of units of this product have, at some time, been supplied to KIWIreviews by the company for the purposes of unbiased, independent reviews. No fee was accepted by KIWIreviews or the reviewers themselves - these are genuine, unpaid consumer reviews.
Available:
September 2018

Fired for their previous shenanigans, former Vermont Highway Patrol officers Thorny, Farva, Rabbit, Foster, and Mac get a shot at redemption from Capt. O'Hagan and Gov. Jessan. The wacky quintet must provide law enforcement for a French Canadian town that's transitioning to U.S. sovereignty. Their unconventional methods soon get put to the test when they encounter a smarmy mayor, mischievous Mounties, a smuggling ring and a 1,300-pound bear. 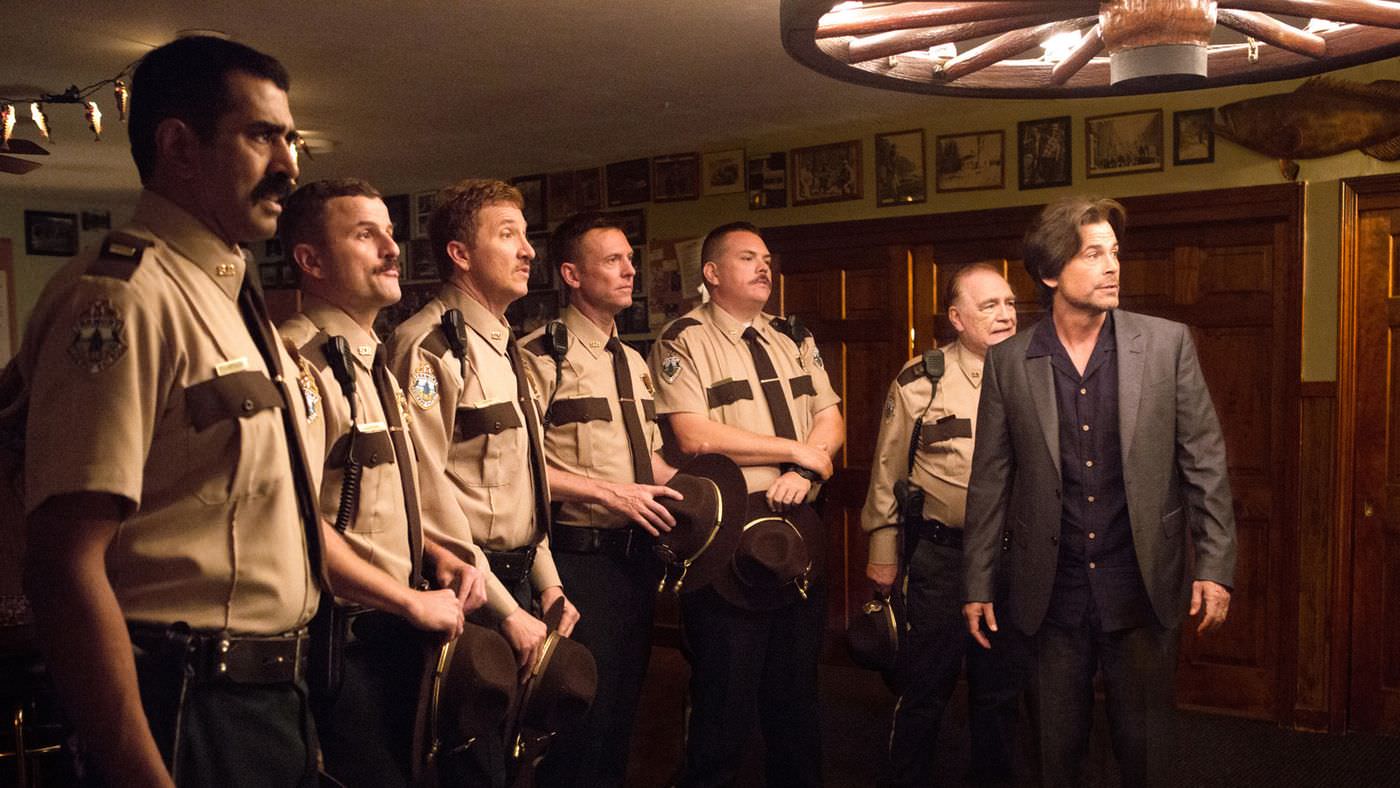 Super Troopers 2. Considering the original Super Troopers film debuted back in 2001, it's fair to say that this is a money grab. If there had been sufficient demand or plans for a sequel to come out, it wouldn't have take 17 years to do so. But it managed to raise 2 million dollars seed money in a crowdfunding campaign in 24 hours, so the film exists. Only one question remains; is it any good?

Despite Super Troopers coming out in 2001, it was a decidedly 90's comedy. A lot of quirky toilet humour that straddles the line between acceptable and unacceptable, shot in a brown faded colour grade to match their outfits. Super Troopers 2 follows along that same vein. It's safe to say that if you were a fan of the first film, you will be a fan of the sequel.

The original crew are all back, and look like they have barely aged at all. And neither has the humour. You will find callbacks to previous skits that were done in the original, and the same themes of hazing the rookie, and trying to shut out Farva, come into play. The movie does have a new location on the Canadian/US border with some disagreements on where the border lies, which leads to the expected hostilities between the US and Canadian forces. So while much of the material is regurgitated from the first film, it isn't the same, it has a twist of being done from a different cultural standpoint. The comedy isn't completely copied over though, and there are a fair few new bits and gags that are fresh and illicit a few laughs.

Unlike the first film that felt like a collection of comedy skits with some plot thrown in at the end, Super Troopers 2 has a plot from start to finish. And while it is a weak and highly coincidental plot, it is a plot nonetheless and gives the movie a direction, which was lacking in it's predecessor.

The franchise (is two films enough to call it a franchise?) has always been over the top, and with that it does mean the comedy is a bit hit-and-miss depending on where you draw the line for acceptable crassness and intelligence in comedy. With a slow build-up to the film, and some rather long extended skits, there are certainly some lulls in the film where one may lose interest if that particular skit isn't appealing to the viewer.

Shot in the same way as the first film, with much the same comedy, this again is like a 90's comedy and has a nostalgic appeal to it despite being a recent film. It harks back to the times of 'Dumb and Dumber', 'the Big Lebowski', and 'Cool Runnings'. the world's view on what comedy is appealing has changed over the last 18 years undoubtedly, but the nostalgia still keeps that engagement level up.

Is it a brilliant, fresh, new comedy that will keep you laughing the whole way through? Not in the slightest. Does it successfully reinvigorate the old jokes with Canadian stereotypes? Hit-and-miss, but mostly so. Is it predictable? Incredibly so, but nostalgia makes it feel comfortable. Will you enjoy it? If you liked the first one, you will like this one ( I can't guarantee the same can be said for the planned Super Troopers 3 though).

Troy is offered a job at Ryan & Sharpay's country club and ends up landing jobs for Gabriella, Chad, Taylor, Kelsi, Jason, Martha and Zeke. He is then introduced to Sharpay's parents and realizes that Sharpay can land him many opportunities and even a basketball scholarship. Meanwhile, while Troy starts hanging out with the rich folk, Chad is worried that Troy will forget his friends. Gabriella feels as though she is losing Troy to Sharpay. In the end, Troy will have to learn how to think about his scholarship without losing his friends.