The Spy Who Dumped Me review

ProdID: 8024 - Keep an eye on this koala
Author: Scott Tulloch 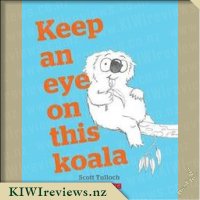 Keep an eye on this koala product reviews

This koala is on the hunt for some sweet leaves. But looking for leaves is dangerous work if you're a dozy koala. You have to watch out for dingoes! And poor Koala is determined to prove his worth to that annoying, clever cockatoo and show her that bubble-gum trees really do exist.

With deadpan humour and a hilariously lovable lead character, Scott Tulloch has brought to life an incongruous array of Aussie animal friends in this tongue-in-cheek illustrated chapter book. Younger children will love it!

Attack of the Shadow Smashers
Rating: 10.0

My six year old daughter is at at that age where she wants her independence and is dying to be big just like her sister. She wants to be able to do everything by herself and now I am finding she wants to read by herself at night time and just like her sister she wants to have chapter books. In the last review box we received 'Keep an eye on that Kiwi' and I found it was absolutely perfect for her. So as soon as I saw this up for review I knew it would follow along the same lines. As soon as she saw it in the box she quickly pounced on it and took it off to her room. Shortly afterwards she returned upset and showed me the contents page where there was a mistake it went from 1, 2, 3, 4 , 5, 4 there was no 6 so I turned to page 61 and it indeed said 6 - very confusing!

I then asked her did she want to read it with me and we sat down on the couch together. I found the story did not flow that well and I found myself feeling very sorry for the Koala and was left feeling rather deflated after finishing it. I did not like the use of the toilet humour in it, which is weird as usually I do not get put out by that sort of thing but in this occasion I just did not fell it fit that well. I found the story was rather wishy washy and I still am left scratching my head about the Drop Bear and if it was even necessary to the story. The pictures were very amateur and were just sketched so feel like it cheapened the story.

The chapter pages are however perfect for my daughter and so is the vocabulary used it in. There was only two words she had difficulty with but once she sounded them out it was fine. With only 64 pages, not all of them with words as majority taken up with pictures which cover both pages it does make for a quick read. The writing is done in red when spoken by the Koala and black when spoken by everyone else so highlights the different characters perfectly.

However, on this occasion the book and my daughter just did not gel and she has not picked it up again since we read on the couch together. I have asked her did she want to take it to bed with her and read and on all occasions she has declined. My eldest daughter has also read it and said was amusing but again has not read again. I am hoping another book comes out in the series as they are great for kids who are beginning to read and are capable of reading but not quite ready for something too advanced. Its perfect for 5 - 8 year olds with or without parent help. 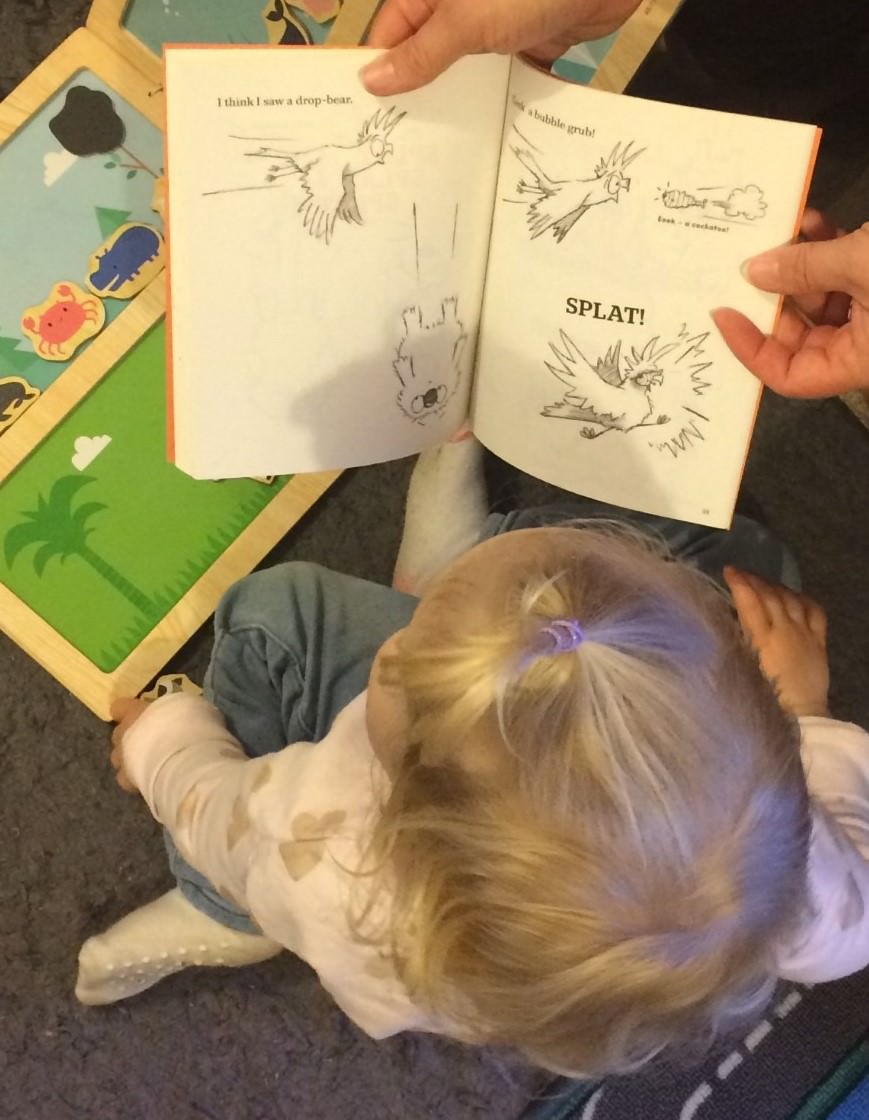 Miss Two is now at the stage where she loves books, and if there is nobody around to read to her, she will happily leaf through the pages on her own. Like all young children, she responds best when there are lots of pictures as this means she can follow the story even if she cannot yet read the words. I read the book myself before I shared it with her, and I thought it was extremely cute - as did her mother.

Miss Two, however, was not as positive as the adults. She usually has a good attention span but this time she kept getting side-tracked and had to be brought back several times to look at the next page. We discussed this and realised that the lack of colour was a little too sophisticated for such a young child. The pictures are charming, and an older child would love them, but for a little one they don't have that "visual blast" that hooks them in.

When my own children first started to take an interest in books, they loved colouring in the pages that had line drawings rather than full colour illustrations, so I always had some non-toxic chubby crayons on hand for little fingers. Their artwork often left much to be desired, consisting as it did of random colourful scribbles. At first, I was horrified when I saw my kids "ruining" a book with their total disregard for the picture outlines. In fact, it was more colouring-out than colouring-in! But then I realised just how much pleasure they were getting from applying their own stamp on the book. Instead of spoiling the story it had the opposite effect as now they really owned the book. As they got older, the colour choices and application became more controlled, but they still treasured the decorated books from when they were little.

So I suggested to Miss Two's mother that this might be the way to go, and they are now going to try out my idea and see if it works for her. Colour is definitely a major part of a young child's world, and besides, learning to hold a crayon is an essential part of learning. The story itself has a certain sophistication - despite the repetitive nature of the text, there are some words and concepts that are more suited to an older child who can read without assistance. This would mean that the book should provide several years of enjoyment for Miss Two as she becomes more aware of the world around her and her vocabulary continues to grow.