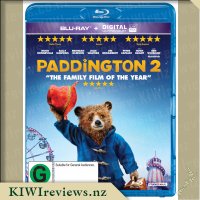 The much anticipated sequel finds Paddington happily settled with the Brown family in Windsor Gardens. While searching for the perfect present for his beloved Aunt Lucy's 100th birthday, Paddington spots a unique pop-up book in Mr. Gruber's antique shop, and embarks upon a series of odd jobs to buy it. But when the book is stolen, it's up to Paddington and the Browns to unmask the thief..... 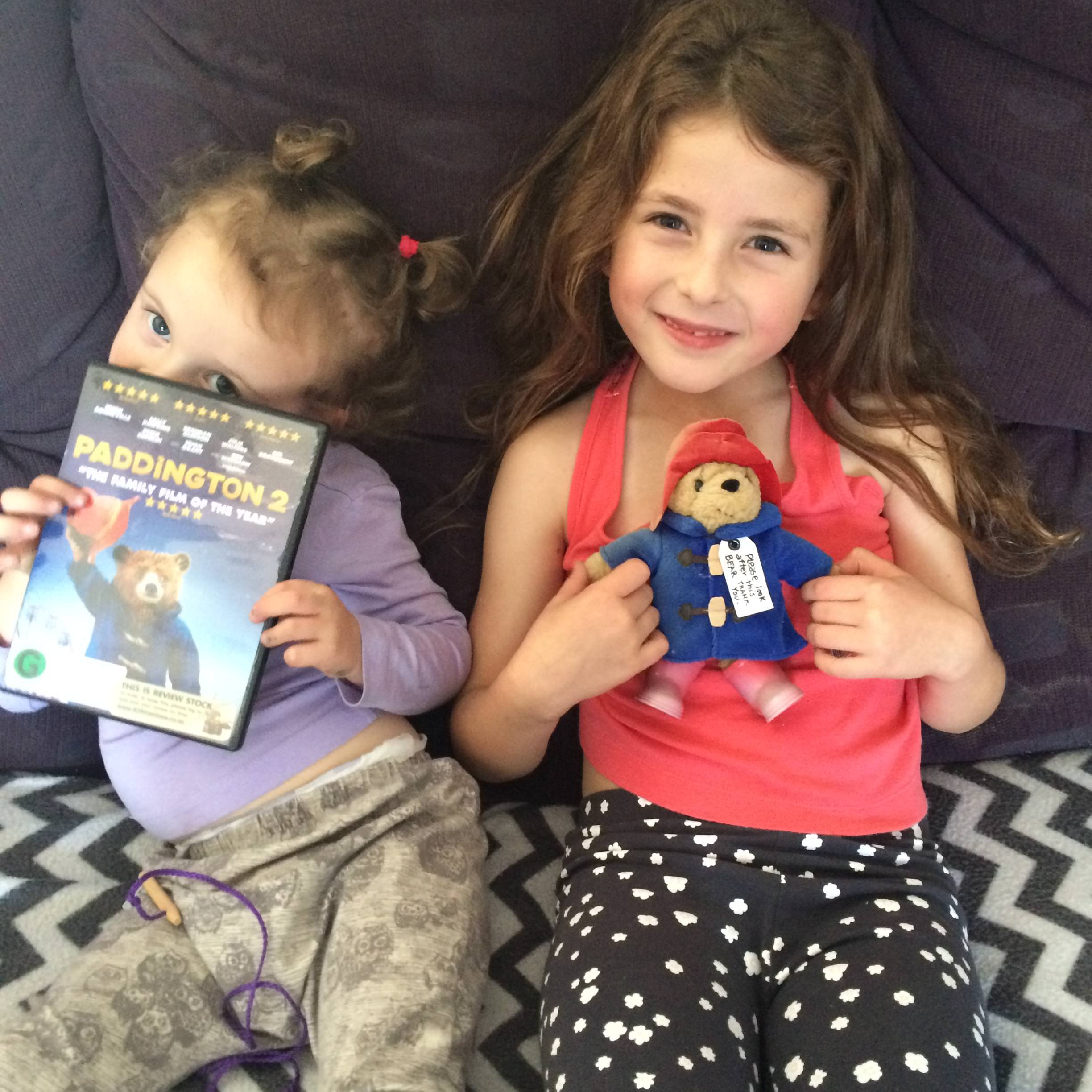 I am always dubious with sequel movies, as I have watched so many bad ones. Some I couldn't even finish watching. But I sat down with Miss 6 and Miss 2 to give it a try. Miss 6 had watched Paddington last year at school so was very excited to watch the second one. So we sat down on the couch with our popcorn and blankets, and got comfy to watch what we hoped would be a delightful sequel. After a rough few weeks of severe allergic reaction, broken bones and chicken pox, it was a nice and relaxing movie time that we desperately needed.

With a dubious mindset (unfortunately I couldn't turn it off), we set off on an adventure once again with Paddington Bear; an enchanting bear from Peru with carries an old whimsical battered suitcase, and wears a dufflecoat and bright red hat.Well did my mindset change quickly or what!! Beautiful cinematography from the very start of the movie which integrated the live-action roles with the computer-generated Paddington. Packed full of adventure from the very start, the action never stopped. The barbershop antics was a particular highlight with all of us, and we couldn't stop laughing at the troublesome bear. A real rollercoaster ride for Paddington throughout the entire movie, with scene after scene to engage us all (or most of the time, as it was still quite long of a movie for Miss 2 to sit long enough, but she always came back after a little play to watch more action).

Overall it was a fantastic movie which played on par with the first Paddington movie. With a major storyline playing through the entire movie of a bear wrongly accused or theft, it led to hilarious antics while he is in prison and made for the situation to be very lighthearted which was good when watching with 2 young girls. Most definitely a favourite part of the movie was the London landmarks which were shown throughout the movie as clues to another storyline of a secret treasure. This part was special as my husband and I travelled to London 9 years ago so I was able to show many of the landmarks to our girls using our own photos, and proving that they are really just like the movie shows. A movie I would watch again with the girls, or even by myself, and one I would recommend with similar aged kids.

I used to love reading about the adventures of Paddington Bear when I was younger and my favourite teddy was a Paddington with blue duffle coat and red hat! My 9 and 7 year old daughters had pestered me to see the first Paddington movie and unfortunately we never got round to watching it so we were all excited to watch Paddington 2.

Paddington 2 is a fabulous film that is heartwarming and hilarious in parts. The actual film making, including the sets, the shots, the wardrobes and special effects all combined wonderfully to make this an amazing movie. It didn't matter in the slightest that we hadn't watched the first film and there were a few scenes that took us back to Paddington's origins which was helpful.

Paddington 2 features a stellar cast and particular standouts were Brendan Gleeson as Knuckles McGinty and Hugh Grant as Phoenix Buchanan. Gleeson portrays a 'hard as nails' fellow jail mate who gets some of the funniest scenes in the movie as well as some emotional moments. Grant delightfully plays the villainous Buchanan, an eccentric actor fallen from fame, with a dash of camp thrown in! Grant looks like he is thoroughly enjoying playing this character and he is extremely entertaining to watch (even though I'm not usually a huge fan!)

The story-line is convincing and my daughters and I were completely engaged in the film, which is rare for my 7 year old that has the attention span of a goldfish! Paddington 2 claims to be a 'First class film, perfect for the family' and I have to agree! The story was heartwarming, enjoyable and the action sequences flowed smoothly. Paddington was at his most cute and adorable and both my daughters agreed that it was a 10 out of 10 movie!

Since Footrot Flats The Dog's Tale arrival on New Zealand cinema screens in 1987, it has become one of New Zealand's most beloved movies.

Crafted from the well loved characters of cartoonist Murray Ball's imagination, and starring the vocal talents of John Clark, Peter Rowley, Rawiri Paratene and Fiona Samuel, Footrot Flats The Dog's Tale tells the story of farmer Wal Footrot, his dog - Dog and the community that surrounds them.