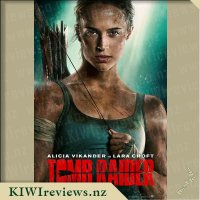 Disclosure StatementFULL DISCLOSURE: A number of units of this product have, at some time, been supplied to KIWIreviews by the company for the purposes of unbiased, independent reviews. No fee was accepted by KIWIreviews or the reviewers themselves - these are genuine, unpaid consumer reviews.
Available:
In cinemas March 2018

Lara Croft is the fiercely independent daughter of an eccentric adventurer who vanished years earlier. Hoping to solve the mystery of her father's disappearance, Croft embarks on a perilous journey to his last-known destination -- a fabled tomb on a mythical island that might be somewhere off the coast of Japan. The stakes couldn't be higher as Lara must rely on her sharp mind, blind faith and stubborn spirit to venture into the unknown. 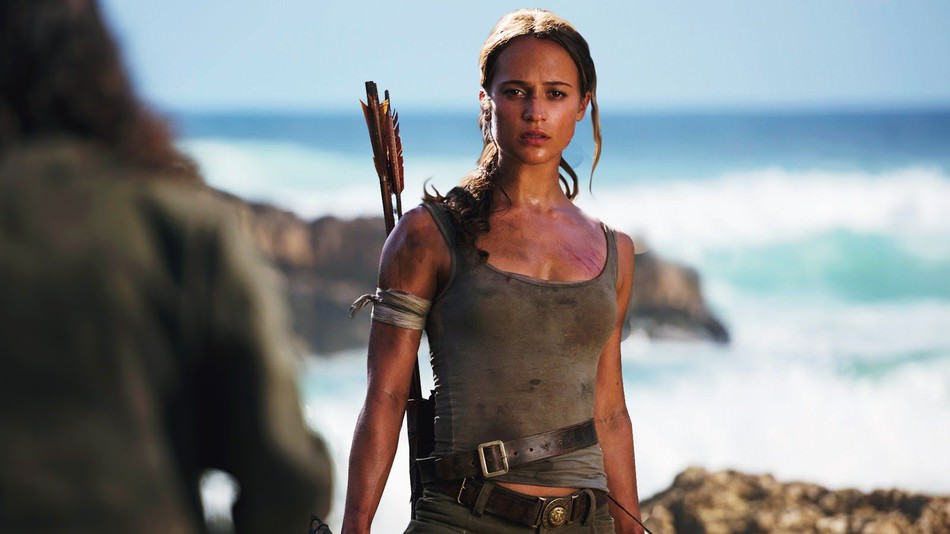 The film was both highly anticipated and yet still had low expectations. Being another video game movie, there was no way that the film was really looking to garner any high expectations beforehand, and yet the choice of actress really brought some hope. Alicia Vikander brings realism back to the franchise.

From the opening scenes we get to see a woman, brilliant but not perfect, physically healthy but emotionally hurting. A woman with flaws. Much in the same way that the character of James Bond was rebooted with Daniel Craig to show a grittier more realistic character, Vikander's Lara Croft is tough as nails and has the attitude and determination that we know and love from the video games. Watching her fight, flee, and "out-fox" many opponents, there is a great deal of physicality to the movie.

The movie itself is based on the rebooted game franchise and lives within the same timeline. If you have played through both Tomb Raider (2013) and Rise of the Tomb Raider (2015), you will recognise much of the plot and environment to be similar to that of the first game, with some hints from the second. In itself, it did feel like a bit of a cop-out, to redo the scenes and plot from something that was already released only 5 years ago (and has sold over 11 million copies as of November 2017). But there are some subtle differences, and of course it feels more realistic and games are far less hampered by physics. There are a few points during the film where the CGI is very noticeable (primarily during falls), but in general, the effects are very well done.

This is a prequel so there is a fair amount of background to lay out, but even so, I was really hoping for some more challenging puzzles. It is one of the aspects of the games that keeping it fun and challenging, but there was only really one puzzle out of three that provided a challenge at all. This also affected the pacing of the film, with a brilliant high energy start to the film, that pushes trying to maintain that flow until the climax, but it feels forced.

Supporting cast Daniel Wu and Walter Goggins did well in their roles, and the chemistry between Wu's character Lu Ren and Lara Croft was palpable despite the characters realistically spending very little time together. Walter Goggin's role as the antagonist was also convincing. His role and his priorities were clear from the get go, and he was nothing if not committed to the role.

Certainly not a bad film, one of the best video game films to date. It's captivating at times, and I'm engaged enough with the characters that I really want to see some sequels with these characters. There is plenty of action (even if it is rushed), and it ditches a lot of the supernatural elements, providing a much more grounded film. I would have loved to see the film last another 30 minutes so that we could spend more time exploring the tomb, but as it is only a prequel, it stands as an observation and not a complaint.

Definitely worth the watch.

Danny Bhoy is one of the most in-demand stand-ups on the planet. A natural gift in storytelling combined with a razor-sharp wit makes him one of the most unique and exciting comedians to emerge in the past few years. Recent appearances on The Late Show with David Letterman and Live at the Apollo tell only part of the story. Over the past decade, this young Scot has quietly built a huge global following on one of the most reliable social media ... more...