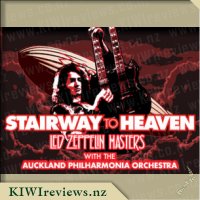 Price:
$109-149
Available:
One Night only in Auckland, Saturday 4th November

Led Zeppelin Masters come to the Civic Theatre in November 2017 for one night only, to rock the house to its core and give the heaviest symphonic salute to one of the great rock bands of all time.

Direct from a huge sell-out tour of the UK, including a hugely successful concert at London's West End Palladium Theatre, and following two sold-out shows in Sydney at the Opera House, Auckland now gets to experience the musical genius of Led Zeppelin.

Fronted by Zep Boys powerhouse vocalist Vince Contarino and bolstered by the breathtaking might of The Auckland Philharmonia Orchestra, the timeless legacy of Page, Plant, Bonham and Jones will scale new heights of hard rock majesty and symphonic grandeur from the raw, metallic blues of Whole Lotta Love to the epic Stairway to Heaven and the sheer exhilaration of Kashmir.

The Auckland Philharmonia Orchestra (APO) is thrilled to announce they will be joining Led Zeppelin Masters for the Auckland show on the globe-trotting tour, bringing their incredible orchestration to the back catalogue of the legendary band in the world's most respected Led Zeppelin show.

With their reputation for innovation, Auckland's own orchestra will reinvent these rock classics in an experience never-before-heard for even the most passionate and diehard Led Zep fans. 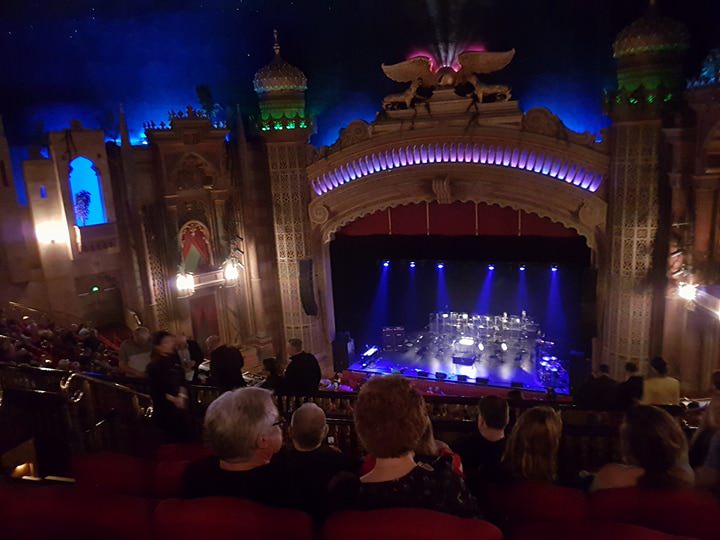 I always enjoy an orchestral show. Watching a 20+ piece band of musicians playing smaller parts together in a way that creates a piece that is much stronger than just the sum of their parts. Combining this rich orchestral sound with one of the leading Led Zeppelin cover bands to come out of Australia, therefore makes this one night at the Civic a night not to be missed.

Lining up at the venue, and I have never seen such a crowd rushing to get to their seats. With a complete mix of ages, there are lines at each entrance as the staff attempt to scan tickets and get everyone seated as soon as possible. In reality it went very smoothly, with multiple people scanning tickets, and other staff ready to direct you to your seats with simple instructions. But as is always the case, sometimes the tickets don't scan easily, and then the lines begin to grow. This meant that when time came for the show to start, many patrons were still trying to get to their seats.

The Auckland Philharmonia Orchestra was seated towards the rear of the stage, with the Led Zep Boys taking the forefront, with their bass, guitar, drums, keys and vocals lining the edge of the stage. With a perspex barrier around the drumkit, you can instantly tell that there might be an issue with the level of sound coming from the front of the stage drowning out the rear.

For the first half of the night, that was indeed the case. The music was superbly performed, and on point, but the orchestra was unable to compete with the amps and stacks that the electric instruments brought with them. It ended up being simple tribute act, where you could watch an orchestra play, but not really hear them. This was only an issue for the first half, however, with the orchestra bursting into life with 'Kashmir', and managed to hold their own for the rest of the show. Perhaps the electric instruments were turned down slightly, whatever it was, it made for a drastic improvement to the fullness of the sound.

Vocalist Vince Contarino, made for a charismatic MC, and would remain the anchor point for the show, bridging the gap between the audience and the musicians. We provided witty banter and jokes, as well as ensuring to properly introduce everyone involved. Vocally speaking, Contarino did a brilliant job matching the sound of Led Zeppelin's Robert Plant, though we did struggle on occasions to hold the note for as long as we are used to in the studio recordings. Nonetheless, live shows are taxing, and everyone on stage gave it their all.

I know of Led Zeppelin, but have never really bought an album of theirs or really followed the band, so it was interesting to see how much of the music has managed to infiltrate the modern media, such as the 1998 Godzilla soundtrack ('Kashmir'), or most recently the music for all Marvel Cinematic Universe's Thor: Ragnarok trailers ('Immigrant Song'). The setlist was full of bangers, nearly every single song I have heard on multiple occasions before despite not owning any of their albums. It's a true testament to Led Zeppelin's presence and effect on the music industry, as well as the Led Zep Boys ability to recreate it.

The setlist consisted of many heavy hitting singles ('Stairway to Heaven', 'Black Dog', and 'Whole Lotta Love'), as well some softer tracks ('All of My Love', 'The Rain Song', and 'When the Levee Breaks'), that allowed the technical side of the musicians to show through. Each of the Led Zep Boys out the front of stage got the opportunity to steal focus from Contarino, performing their own lengthy solos, as well as some of the orchestra members getting the opportunity to stand up in the spotlight and perform pieces that were originally done only on keyboard.

I'm glad that the levels were sorted before the second act because the orchestra created quite an imposing sound that instantly got the crowd geared up, standing up and dancing. This does mean that if you want to enjoy the show from a seated position, purchasing tickets closer to the stage in the stalls may be your best bet. The Civic venue is best suited for a stationary, sedentary audience as the patrons need to look down to see the show. This means views from the upper circles can be easily obstructed if someone decides to stand up (unless you stand up for the rest of the show too). So picking your seats in this venue is an important step. A brilliant night, consisting of two hours of expertly performed Led Zeppelin tributes, backed by the Auckland Philharmonia Orchestra. In all honesty, 'Kashmir' will give you shivers. A must-see act.

Flung through a cosmic wormhole, American astronaut John Crichton finds himself fighting for his life in the middle of an alien prison break, inside a Leviathan a living space ship on the far side of the galaxy. Hunted by the relentless Crais, a commander of the galactic enforcers known as Peacekeepers, Crichton joins forces with the alien convicts hulking warrior Ka Dâ ™Argo; blue-skinned Priestess Zâ ™haan; diminutive Dominar Rigel ... more...