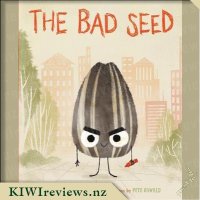 From the New York Times bestselling author of the Goodnight Already! series

This is a book about a bad seed. A baaaaaaaaaad seed. How bad Do you really want to know

He has a bad temper, bad manners, and a bad attitude. He's been bad since he can remember! This seed cuts in line every time, stares at everybody and never listens. But what happens when one mischievous little seed changes his mind about himself, and decides that he wants to be-happy

With Jory John's charming and endearing text and bold expressive illustrations by Pete Oswald, here is The Bad Seed: a funny yet touching tale that reminds us of the remarkably transformative power of will, acceptance, and just being you. Perfect for readers young and old, The Bad Seed proves that positive change is possible for each and every one of us.

Something Deadly This Way Comes
Rating: 9.5 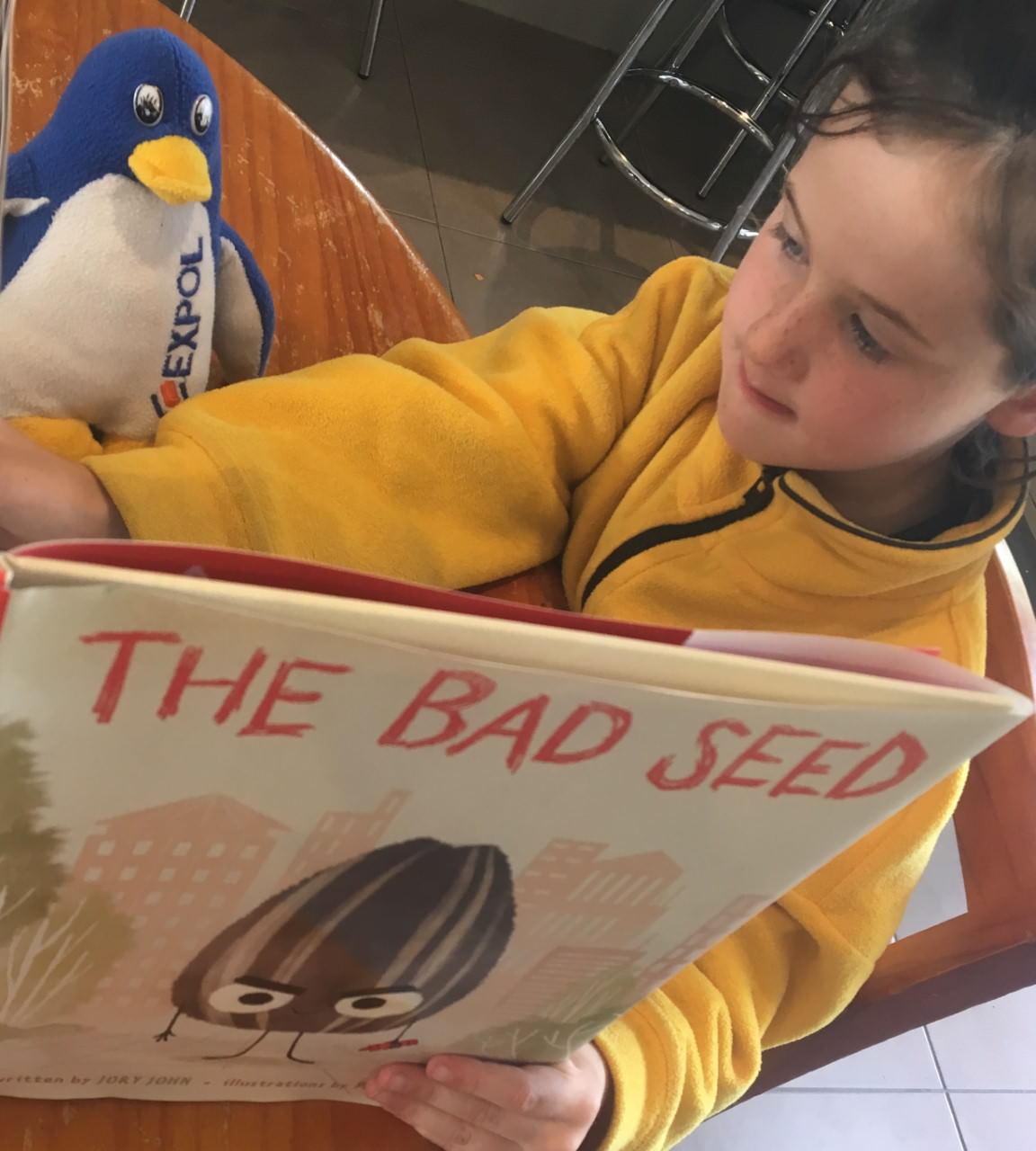 Miss Five decided she would read this book to me provided I was sitting next to her so I could help with any new words. This made for some interesting comments as we progressed through the pages. For example, the second page features a seed which is frowning and declaring that it is a "baaaaaaaaaaad seed" and this prompted her to ask if it was a sheep seed because that is a sound a sheep might make! We talked about the way words are sometime written with extra letters to show that they are meant to be emphasised so she did accept that. But then she said her brother makes exactly the same face when he is angry. (I did not mention that to him!)

Having moved on from grumpy brothers and sheep, we established that the book is really about a sunflower seed who happens to be quite antisocial. Miss Five knows about plant seeds because she has several seedlings which she grew herself and is tending with great interest, so that put the whole thing into perspective. She thought it was funny that a sunflower seed could be bad since all the seeds she had planted (cucumber, coriander and anemone) had been most cooperative and were sprouting vigorously.

Miss Five was pleased that the Bad Seed sorted himself out and started to get on with the other seeds. She had been quite worried about him when he nearly got eaten, but decided he might not have tasted very nice because he was bad. At the same time, she quite rightly pointed out that being bad had saved his life, so maybe it was important that he had gone through a bad period. She also wondered if landing in the gum had caused him to go bad as she is not allowed this confectionery - so possibly if she were to have some she might go bad too. The words were within her reach apart from "bleachers", which had to be explained to her, and the spelling of "baaaaaaaaaaad" of course.

The moral behind the story was quite accessible for a five-year-old. Having ascertained that the book was about a sunflower rather than a sheep or a grumpy child, she also made the connection between the seed and her own relationships with real people. She laughed at the idea of the seed jumping the queue to go to the bathroom as she has been guilty of that herself more than once, and she is capable of selective deafness when being told to tidy up or do her homework.

However, it was clear that there are degrees of "baaaaaaaaaaad-ness" and even the best person is sometimes difficult or naughty. That means the book is delivering a realistic message to the young reader rather than presenting an unattainable perfection. What matters is the personal journey towards self-improvement, and that applies whether you are human or just seedish! Incidentally, I thought the book was quite pricy, but it does have a hard cover and good clear text and illustrations, so would be a durable addition to a school library where lots of small children would have access to it and might be encouraged, like our Miss Five, to read it on their own.

We're going on a croc hunt.
We're going to find a big one.
I'm not afraid.
We're as brave, as brave can be!
Join the gang in the croc hunt game! But beware, the brave animals just might find a real croc - what will they do then?!