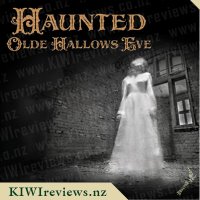 Disclosure StatementFULL DISCLOSURE: A number of units of this product have, at some time, been supplied to KIWIreviews by the company for the purposes of unbiased, independent reviews. No fee was accepted by KIWIreviews or the reviewers themselves - these are genuine, unpaid consumer reviews.
Available:
October 28th 2017

OLDE HALLOWS EVE - HAUNTED
The most spine-tingling time of the year is here again! Celebrate Halloween with MOTAT's annual Olde Hallows Eve event. For one night only MOTAT will be haunted by ghosts and ghouls dying to spook those brave enough to enter. Throw on your creepiest costume and join the terrifying fun as spectres and spirits roam the museum.

Experience the House of Haunted Dreams where nightmares come to life and then dare yourself to enter the possessed Victorian Dolls House. Wander alongside the dead at the Ghost market where embalmers mingle with fortune tellers and discover the morbid, bizarre and utterly fascinating. Visit the Village and join the dance of the jilted brides as they mourn with Miss Havisham at her decaying wedding feast.

The live stage performances will mesmerize with acrobatic feats and musical mayhem. The freaks and oddities inside the Carnival of Lost Souls will surprise and dazzle with their weird and bewildering antics. And for a taste of true terror strap on your headset and prepare to scream your way through The Cell, a virtual reality experience that will leave you reeling.

With so much to see and do, everyone's dying to come... Bite Me Catering will be on hand serving an array of delicious food such as bloody brains, toxic macaroni & cheese and steamed ghost buns! Beware, sudden scares and hair-raising surprises are guaranteed!

•  No other discounts apply to this event (including seniors/students).
•  MOTAT Mates passes do not include admission to this event. MOTAT Mates discount does not apply to door sales.
•  Age 13+ recommended event. Please note parental discretion is advised. 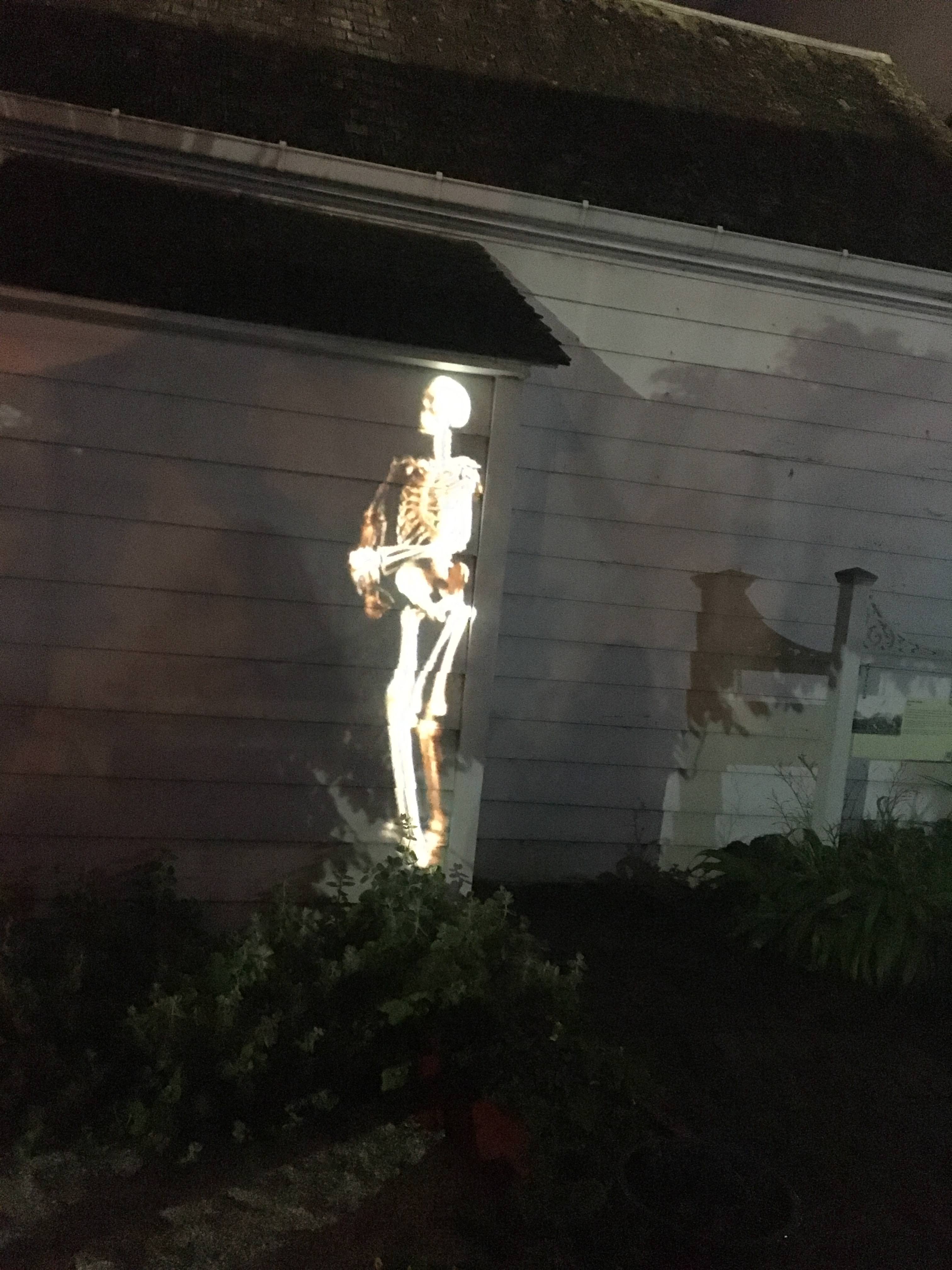 I have a MOTAT mates pass so I go to MOTAT often and it was with a lot of interest I saw this advertised on a recent visit. I had my 7 year old asking if we could go and I made sure to buy tickets online to get the savings.

I really liked the map, it is great to see what activities are available. The costumes were great, really realistic but I knew that it was just actors but still really well done. I had told my kids that the actors were going to be dressed in scary costumes and were going to be trying to scare them. I have two boys who said they were welcome to try. I noticed that the map had nothing saying that some of the attractions were recommended for 13+ but a lot of the information boards had this information on it, I had to explain to my 7 year old that he was allowed to go into the activities as I was with him and I can't blame MOTAT if he had nightmares from what he saw. He was happy to try almost all the activities, they wanted to go into the haunted house but the queue was long and they heard someone inside scream so they asked if they could wait with a friend whose mum said that he was too young to go into the haunted house.

We didn't do all the activities as the queues were incredibly long and after a much longer than advertised wait for the haunted magic show due the crew going on a break and not saying a word to anyone waiting we weren't really willing to risk long waits for some of the other activities and it was now only an hour to closing.

Personally I found that the activities weren't scary at all, I knew that at some stage someone would be trying to scare me by jumping out at me and that the magic show was unbelievably lame since you could see exactly how each trick was being done. I did find that the light show was rather cute. I asked my kids if we should give it a miss next year but they all said no since they enjoyed the night and I have to agree that it was a pleasant night out. 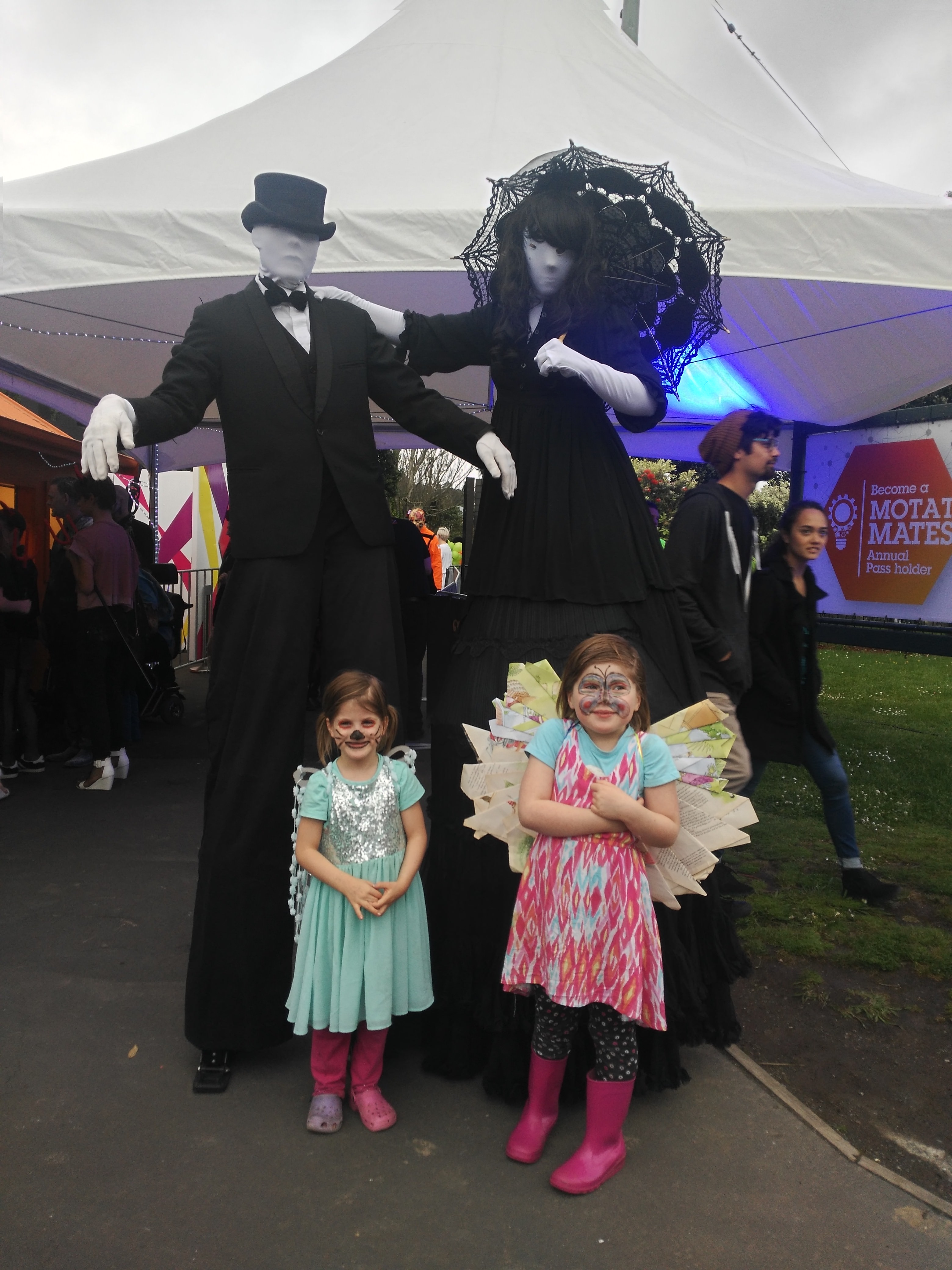 I hadn't been to Olde Hallows Eve but I've heard of it the last year or two so I was looking forward to going to it this year. We arrived rather early (traffic can get rather hectic between the event and the motorway on ramp, plus parking) so got to see little snippets of people getting ready for the night as we enjoyed some hot chips nearby. Getting in was quick and easy with pre purchased tickets, maps were given and we were greeted almost right away by two creepy ghoulies who were more than happy to pose for a photo with my girls.

The map let us know where each event was happening, the design fit in with the theme and on the back was some times for various performances in set areas. I did note one time error that slipped past the final check, but these things can and do happen. My only reccomendation for the map would be that they put PG13 next to the ones they put the warning on as due to some of the lines it was hard to see the sign placed at each spot and harder to read the darker it got, that way those parents who wished to go with those reccomendations knew not to bother waiting in line or even attempting it. A good portion of this is PG13 but there is still enough for those younger to enjoy and indeed my ghouls weren't the youngest there...

I tried to go to most of the stops that weren't rated at all. Our first stop took us to a graveyard where we were asked if anyone wanted to be buried... My eight year old volunteered and then ended up in such a fit of laughter that they sent her away. Nearby was a live Scottish band, very loud but very energetic and added a nice touch to it. We ended up in the building next door for our first tale, which led us to a darkened room where we were told the story of a nanny and her young charge who was terrified of some unknown horror. The mood was set perfectly, the drums outside seemed to have some perfect timing and it gave everyone a good jump.

We had another tale, about a runaway tram and the deaths it led to, I thought the makeup on conducter was really well done though he did seem to loose his way now and then, a case of the jitters but he managed to keep the atmosphere well. There was a moment of confusion when a ghost burst in and told us all to flee, eventually we figured out that was actually our que to leave, this happened another time with a magic show gone wrong, we didn't quite get the que to begin with and were caught up enough to be hoping for more. I went into one of the PG13 zones and even though I knew it was designed to make me jump, scream etc. it still succeeded and I was more than happy to be out of there, it met the horror genre cliches without being nightmare inducing so I may well give it a try again next time.

A downfall to the night was the sheer number of people, so many that some of the lines were huge, most moved at a decent enough speed but at one show we waited nearly 40 minutes (on top of the time we'd already waited in line for) for what should have been a twenty minute wait because no one told us the actors were going on a break, so perhaps to make things smoother there could have been a second set of actors to take over so one could have a break... There was a fabulous set of peep shows, the boxes which you look in to see silhouetted scenes, I wish there could have been more of them peppered throughout MOTAT.

I went with my mum and three children, 10, 8 & 6. My mum ended up feeling very overcrowded but she really enjoyed the night, she thought the costumes were fantastic, the whole vibe wonderful and enjoyed seeing the fellow visitors in their costumes, Halloween without being terrifying. My ten year old had fun but didn't enjoy the waiting in lines, but I know with some chit chat he will be happy to go again. My eight year old loved it, she was in hysterics at the start, enamoured with the costumes on the ghouls and creatures a and a highlight was getting to meet a drag queen. My six year old enjoyed the night less the later it got but that's down to her and her tolerance levels when tiring but she'd love to go back, she was entranced with the costumes the actors wore.

Still a few tweaks to be had but it was a fun night, I liked the overall vibe, spooky without trying to be scary. The actors were wonderful, stayed in character without scaring my kids. It was a spooktacular event and I'd be happy to haunt there again.

New Zealand's family viewing favourite, The Zoo, is back! But this time, it's all new on The Zoo. All the action at Auckland Zoo is now shot in HD and special cameras have been installed to capture exclusive behind-the-scenes footage.

As well as catching up with the animals and their day-to-day routines, the keepers go into the field, as they release endangered birds onto islands in the Hauraki Gulf and assist with the Rena ... more...