Blaze and The Monster Machines: Race in to Velocityville review 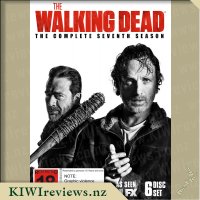 Picking up immediately after the thrilling cliff-hanger, Negan forces Rick and the group to fall under his will, brutally convincing them to live by his rules. To prevent further bloodshed, Rick genuinely believes they can make life under Negan, however brutal, work. But he soon learns that Negan can't be reasoned with, and they must prepare to go to war now. Victory will require more than Alexandria, and Rick will need to convince their new allies from the Kingdom and the Hilltop to band together with the common goal of taking down Negan and his army. 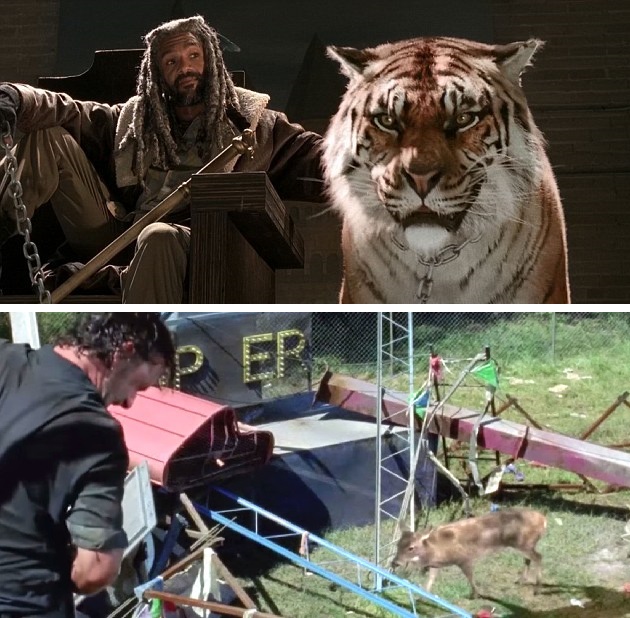 I have a love-hate relationship with television series. I love being able to watch an established show with a long runtime, many episodes, and plenty of seasons because I love the story. When you have a large amount of screen time available, you get a lot of time spent developing characters and personalities, which helps to draw you in and keeps you invested in the characters wellbeing in the show (this is even more important in shows like The Walking Dead and Game Of Thrones, where the characters have a much lower survival rate). On the flip side, however, these same aspects mean that it requires a lot of time and effort to keep up with. To watch hour-long episodes week after week can certainly restrict the use of your time, and become disruptive to your lifestyle.

This is why I prefer to marathon series upon completion of the season. Unless it is a much talked about show like Rick and Morty or Game of Thrones (where people will constantly talk about and spoil the episode within hours of it airing), I much prefer to have full control of when I can watch the episodes, and how many I will choose to watch per session. Watching it as it aired on the television, I lasted 3 or 4 episodes, before I stopped watching and decided to wait for the end of the season to catch up. This was due to not being able to commit to the necessary time to watch it when airing, but also due to the way in which the story unfolded in the show.

Season 7 begins as Season 6 ended replaying the cliffhanger, before finally answering the question of who got their head smashed in by a baseball bat garnished with barbed wire. As someone that has read the graphic novel, the answer didn't surprise me at all. The scene was incredibly gruesome and received a lot of public backlash, which was a surprise. It certainly was graphic, but the entire show revolves around effectively desecrating corpses and killing walkers in a creative manner. After this first episode, the show returned to its usual level of gore.

The first few seasons of the The Walking Dead had a revolving door of cast as the group were constantly on the run and in exposed areas. This meant no characters were not safe from harm, and it kept you glued to the tv screens as you hoped your favourite character survived another episode. As the show progressed, and the group grew in experience and in numbers, the risks from the walkers became less and less, and instead, it turned the show into a drama, where the people created more drama than the walkers. This also made it more of an issue to keep track of, as the cast grew and spread out, and the number of outstanding plotlines grew along with it. This was an issue that became especially obvious in the initial episodes of Season 7. Each episode was focused on a certain person or small group of survivors. While it helped to develop the characters, it meant that watching it in real-time could have you not seeing your favourite characters for weeks, and may have you watching a character you dislike for a full hour. The later episodes did fix this, as the groups started to come together and mix, and in turn, the focus of the episodes would shift between the group within the episode.

CGI and special effects have always been an important part of The Walking Dead and has become even more important with the incorporation of Shiva, the tiger from the Kingdom, as a recurring character of sorts. And I did have to google it, to check whether it was, in fact, a real tiger or not (it isn't btw) because the graphics are brilliantly done. The shadowing and movement of the hair, eyes, and whiskers are impressively done. The work is far superior to the usual quality of the blood, gore and dismembering that occurs on the show. But it does make you wonder how much of the budget it took up when you compare it to other animals added to the show (see the comparison of Shiva vs a deer in the attached picture); one is breathtakingly beautiful, the other looks like a low-resolution photo photoshop attempt done in MS Paint.

The show is frustrating. And frustrating is exactly what it needed to be. Without the threat of walkers, we needed a threat that would cause internal conflict; something that could justify the need to go to war. Negan supplies that in spades. It annoys me that after the runtime of over 15 hours we still have no resolution of the story arc, but it's definitely coming, and it will no doubt be glorious.

If you watched the first episode of the season and were appalled by the gore; that's the worst bit, and it becomes much tamer afterwards. If you got turned off by the odd choice of episode structure in the first few episodes; it improves and becomes more cohesive and inclusive by the 5th episode. If you miss watching in terror unsure if your character will survive; There are certainly a few notable deaths in the season. And if you like tigers, Shiva is awesome.

After 300 years of witches living in secrecy, mysterious attacks have both threatened their survival and forced "gifted" girls to attend a school in New Orleans for protection. Wrapped in the turmoil is new arrival, Zoe, who harbors her own terrifying secret. Alarmed by the recent aggression, Fiona, the Supreme, is determined to protect the Coven at any cost.