Me Before You review 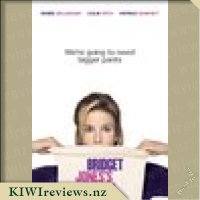 Breaking up with Mark Darcy (Colin Firth) leaves Bridget Jones (Renee Zellweger) over 40 and single again. Feeling that she has everything under control, Jones decides to focus on her career as a top news producer.

Suddenly, her love life comes back from the dead when she meets a dashing and handsome American named Jack (Patrick Dempsey). Things couldn't be better, until Bridget discovers that she is pregnant. Now, the befuddled mom-to-be must figure out if the proud papa is Mark or Jack.

I won tickets to this movie and decided to take my nana as my husband was not interested. This has been showing for about a week now and I was blown away by how many people were at the Cinema. The only time I have been to a booked out movie is at its midnight showing and so I was extremely surprised as we lined up to enter the theater that we heard the announcement that there were only two seats still available and there was still a very healthy line waiting to purchase tickets. The funny thing is it was such a wide selection of attendees that we found ourselves sitting next to a teenage boy with his father and they had no female with them. It shows that this movie has such a vast appeal and is suited for basically everyone.

You can tell what kind of movie it is by the audience reaction and the cinema was in fits of laughter through out the film. Even though it had an element of drama there was always something funny happening with the, at times heavy dialogue, to keep it light and fluffy. Like when Bridget had to tell the two possible fathers that she was unsure who got her pregnant the waiter in the background had everyone in hysterics with his facials and the way he so obviously tried to keep busy. There was only a couple of times that the movie did slow right down and on those occasions it was when Bridget was alone otherwise it went at a very healthy pace.

The soundtrack was awesome and where in most movies you would listen to instrumental music in the background this had actual songs that although they were noticeable did not detract from the movie. It had a killer soundtrack from Celine Dion's All By Myself to Ed Sheeran's cameo which was extremely funny. I loved the opening credits as she lip synced her way through House of Pain Jump Around and really got into it. My leg was constantly popping away and it took all of my strength not to start singing away. This is definitely one soundtrack I will be buying.

I absolutely love movies where the lady is about to give birth and watching the men's reactions and this movie did not disappoint. I actually had tears streaming down my face as Darcy tried to carry her to the hospital and letting his 'stiff upper English lip' disappear as he carried on about her weight and how heavy she was. When Jack showed up and took over the cinema was in fits of laughter and I am sure there was not one person in there not laughing their heads off. I don't remember the first two movies very well but I will never forget them working as a team carrying Bridget to the hospital it has to be the funniest birthing scenes ever.

Although I am not a huge Emma Thompson fan she was absolutely on point as her doctor. I am sure no one in the world could of played her character as well as what she did. Every facial, every line was perfectly done and I think I laughed in every scene she was in. The way she held her face as she had no emotion what so ever as she pretended along with Bridget with the two potential fathers and the relief she showed when the lies could all stop. Or when Bridget was so pain-stakingly trying to determine who the father was and the way she strung her along it was priceless.

This movie will definitely be in my top ten movies of the year. I don't think I have laughed so much in such a long time. Everyone was grinning when we left the movie and afterwards nana and I went and got a drink and we were surrounded by movie goers all laughing and recalling their favourite parts. This is such a light-hearted, funny, just fantastic movie and the best part is it has left a window open for part four. If you are wanting something light and fluffy and don't mind the occasional f bomb this is the movie for you.