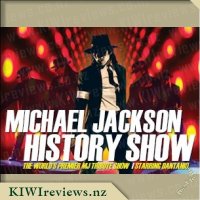 A musical tribute and live concert experience that hourneys through Michael Jackson's vast and incredible catologue of work including his beginnings as a member of the Jackson 5, his groundbreaking theatrics in the 80s and his evolution onward into the 21st century.

Come and celebrate the life and talent of the King of Pop with this casino-class production that features a live international band, fully choreographed dancers, authentic costumes and brilliant effects. A show not to be missed!

Putting Michael Jackson's personal life behind him, there is no argument that he is a gifted performer. His singing, dancing and his performances bring people to tears and the whole world mourned when he passed away. This show brings him back in body, mind and spirit. Dontanio does an amazing job of singing, dancing and looking the part. With his hair pulled over his face at certain times you would swear you were watching the guy himself in concert, but then he would turn around and you would be remined that you were not.

At one stage Dontanio was dancing in front of the screens while actual concert footage of MJ was playing and you were very hard to find any differences between the two besides of course his face. He sounded just like him when he sung and also when he spoke.

This concert encourages people to get up and sing, dance and just be free while enjoying a very talented cast. Singing a wide range of songs including all of his hits Black and White, Billie Jean, Beat It, Smooth Criminal and my favourite Thriller and then there were songs that only his truest fans would know and I personally have never heard before. The concert itself goes for a little over two hours and it is very entertaining.

After the show, the whole stage cast which includes two back up male dancers from South Africa and the two female dances from Australia and New Zealand as well as Dontanio came out and you could either get signed merchandise or a picture with them. They were all extremely down to earth and lovely. During the show numerous audience members would scream out that they loved him and he would return the favour just as MJ would of by saying that he loved them too. It was very down to earth and his movements were incredible.

My daughter had actually won tickets to this so we went last night and she had a blast. Extremely funny as growing up with YouTube she had heard a majority of the songs but with different lyrics so when Thriller came on she said he was singing it wrong and it should be Chiller as with most of the other songs, which confused her greatly. But she loved it and could not wait to go to school today to tell everybody about it. Well worth seeing.