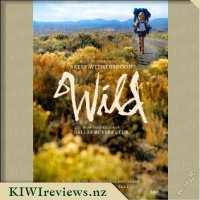 With the dissolution of her marriage and the death of her mother, Cheryl Strayed has lost all hope. After years of reckless, destructive behavior, she makes a rash decision. With absolutely no experience, driven only by sheer determination, Cheryl hikes more than a thousand miles of the Pacific Crest Trail, alone.

Wild powerfully captures the terrors and pleasures of one young woman forging ahead against all odds on a journey that maddens, strengthen, and ultimately heals her.

A powerful, visually at times, stunning story of one woman's sheer determination to conquer something only very few people will ever do, to right past wrongs and to re-find herself as her life had taken so many wrong turns. With the aid of flash backs you peace together her life story and find out how it went wrong for her. Reese Witherspoon does a remarkable job holding the movie together basically on her own as for a lot of the story it is just her walking, huffing and puffing or trying to do something like cook a meal. Her facial expressions also aid with the story and you don't need a dialogue to let you know what is happening at all times.

To me it is amazing that a woman would attempt this journey all by herself with no experience what so ever besides her sheer will and determination. The fact that she was so ill prepared and succeeds actually makes you want to go out and attempt something crazy like this. I loved her self discovery as she replayed all the major life events and worked out where all of her problems occured.

At times it is slightly drawn out and slow but as a whole the movie leaves some very inspirational messages and I am glad I watched it. Its basically Eat, Pray, Love without all the eating and instead of praying its walking. A great look at what anyone can accomplish if you set a goal and stick to it.

Two friends (Jonah Hill and Miles Teller) in their early 20s, living in Miami Beach during the Iraq War, exploit a little-known government initiative that allows smaller businesses to bid on U.S. military contracts. Starting small, they begin raking in big money and living the high life. But the two get in over their heads when they land a $300-million deal to arm the Afghan military - a deal that puts them in business with some very shady people, including the U.S, government