« Dead Upon a Time review

Close to the Wind review 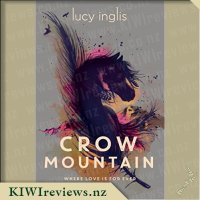 While on holiday in Montana, Hope meets local boy Cal Crow, a ranch-hand. Caught in a freak accident, the two of them take shelter in a mountain cabin where Hope makes a strange discovery.

More than a hundred years earlier, another English girl met a similar fate. Her rescuer: a horse-trader called Nate. In this wild place, both girls learn what it means to survive and to fall in love, neither knowing that their fates are intimately entwined.

I really enjoyed this book, the story was eas to follow and I found the book really hard to put down . The fonts were different to distinguish between the two stories, only complaint I have is that I was just getting into the story of Emily and the chapter would end and the next chapter would deal with Hope so I just felt like it was a bit hard to really enjoy the story fully.

The characters are well written, it was easy to see that Emily was an old fashioned girl. Felt really sorry for her with the fashions of the time and the expectations of her family. It was kind of easy to see what would happen as Emily accepted her new life, although there was a really huge twist in the story. Reading her diary helped understand the various aspects of her life. Hope was supposed to be a modern girl but she was not a strong character, she had a strong and determined mum who I seriously didn't like. She had her good points, a great job but she tends to make all Hope's decisions for her and she is a serious control freak.

The two stories were almost mirror images, both had accidents in the same way and both couples end up in the same cabin. There were a few surprises and I am glad that the book ended the way it did. I would recommend this book to others and I am hoping to find more of these types of books.

It is clear that a great deal of research went into the planning of this book. On one level, it comprises the parallel stories of two pairs of young lovers who have to overcome challenges posed when they are thrust into a new and very hostile environment. On another level, it is an account of the way things were in Montana a hundred and fifty years ago when bison were plentiful and foreigners had only just begun to impose their way of life on the Native Americans. It illustrates what life was like then, both for the pioneering families and for the original inhabitants of the land. It also highlights the cultural clashes that were the inevitable outcome.

I like the way the stories are interwoven, with a constant sense of inevitability as events in the past are mirrored by those in the present. The use of a diary to tell the earlier story is an interesting technique and I feel it really makes the story come alive. The diary entries are all written in the second person as though the story were being told to Nate, Emily's rescuer. Most of the diary entries open with a short epigraph. It is not clear where they are meant to be quoted from, so I assume they are extracts from the pamphlet on wifely duties that Emily's mother hands to Miss Adams, the woman who is to be her companion on the journey. Hope's story, on the other hand, is told in the third person and an alternative font is used to differentiate it from the diary entries.

There is a great deal of information about the gradual appropriation of the Plains Indians' lands and the disappearance of various indigenous species, specifically the bison. I learned many new things about American history in the course of reading the book, and in my opinion this is a strength as it enables readers to explore new ideas without getting the impression that they are reading a textbook!

Other themes in the book are conservation - a vital issue today when the world is faced with global warming and the disappearance of many species - and feminism. I do not think the feminist element is quite so effective, however; Nate's sister Rose comes across as a strong Amazon type, but Hope's mother is almost a caricature of a real person because she is so inflexible.

I did feel somewhat let down by the occasional glitch in continuity. Some characters were introduced with little or no preamble, and this was rather disconcerting as I found myself reading backwards at times to see what I had missed. There are several of these occurrences in the course of the book. For example, it appeared at the start of the book that Cal and Caleb lived on their own. The inference would be that Cal's mother was either dead or had left them. All of a sudden she is referred to casually and this was most confusing.

There were also two or three instances of paragraphs that just did not work, possibly because the proof reader had missed them. These were minor faults in an otherwise excellent yarn, but then, I am a perfectionist. In brief, I enjoyed the story immensely and would recommend it to young adults. The faults are more than outweighed by the charm of the story and the introduction to a world that will be unfamiliar to today's readers, especially those who do not live in the United States.

The Silver Spoon is the bible of authentic Italian cooking. Italy's best-selling cookbook for the last 50 years, it features traditional dishes alongside specially written menus by celebrated chefs.

Now translated for the first time into English, The Silver Spoon's 2,000 recipes make it an essential classic for everyone who loves good food.