How I Met Your Mother: Season Six review

ProdID: 6730 - How I Met Your Mother: Season Five
Type of Show: Comedy 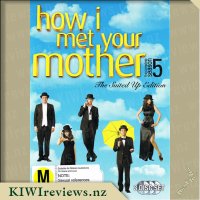 How I Met Your Mother: Season Five product reviews

After the pick up in entertainment in the last two seasons, this season was a bit of a let down and I found myself struggling quite a bit to sit down and actually watch this season, going a week or so between episodes and sometimes only watching one at a time versus a few in a row, perhaps also paying the least attention since season one. That's not to say that there weren't some laughs or touching moments throughout the season but it felt like there wasn't enough focus on their relationships and both Ted and Barney felt like they had regressed rather than grown.

"Zoo or False" was a fun episode and I did enjoy that one and "Say Cheese" was also rather fun, I liked the discussion and what not about weather or not you should have the person in your new relationship should be in family/friends photos. There are though, some good little moments that open things up for season six and what type of stories that we might expect from it, which is good but a season like this a little over halfway through the series puts me off re-watching the entire series. Still, despite this season being a bit of a let down I'm looking forward to seeing what season six has to offer us.

Doctor Who gets an animated make over in this wonderful and exciting full-length version of the animated series.

Based on the brilliant and popular series, The Infinite Quest sees the Doctor and his companion Martha step into a new dimension - a cartoon one. The pair set off on an animated adventure through space following a trail of ... more...