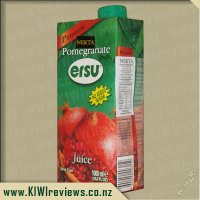 Pomegranate was known in historical Mediteranean and Asian cultures as a symbol of life, strength, resurrection and cleansing, and is still used today in their cuisine.

It did not feature in Western diet or consciousness for centuries, but has now become the focus of intensive research into the wide range of health benefits it offers. Most notably benefits for your heart. It really does have life giving powers!

The exciting news about Pomeganate Juice starts with the fact hat it is richer in antioxidants than other well know foods, including cranberry, blueberry, green tea and red wine. In Fact, preliminary studies have shown pomegranate juice to have almost 3 times the total antioxidant activity of the same quantity of green tea or red wine.

These antioxidants are polyphenols, tannins, and anthocyanins, which collectively scavenge the free radicals in the body, limiting damage to our cells. They also slow down the oxidation of LDL Cholesterol by as much as 50%, reducing the deposits on the artery walls. This gives us a much reduced risk of heart disease. It may also lower blood pressure and associated hypertension.

I was really keen to try this juice as I don't think I had ever tried or even seen pomegranate juice before.

The carton is a good size and as I normally do with a new product I read the product information on the packaging which was a bit difficult as most of it was in Turkish, but from what I could ascertain the juice is made from concentrate with water added. This initially turned me off, but upon thinking about it I thought, well a lot are, aren't they, and they just don't make it as clear? Maybe the Turkish are just more candid.

The screw top lid was very easy to open and I loved how it can be screwed back on and does not seem to leak. The juice was an unusual colour, kind of grape/brown mix, quite cloudy with tiny bit of sediment. I served it chilled over ice and on first tasting it was sweet but also, pleasantly, very crisp. The taste seemed comparable to cranberry and apple, but was not so similar that I couldn't distinguish between the two.

I could really see myself enjoying this juice as a mixer with a spirit on a warm summer day or, of course, just on its own. Overall I would recommend this juice, my only suggestions is packaging more suited to the NZ market.

I've never had Pomegranate juice before and so when I saw it available for review I knew it was the perfect oppertunity to request some and finally have a try. It comes in a one litre carton, with plastic twist lid (which I did have quite a bit of trouble the first couple of times opening it), there isn't really any good information on the packaging beyond ensuring you that the drink is simply water and 100% Pomegranate juice concentrate. As I said earlier, it was a little tough to get open and as it clicks whilst turning it always has me a little concerned that a piece or two may break off and fall into the drink.

I've been experimenting making LEGO jelly lollies in preparation for my sons birthday and as the recipe calls for 1/2 cup of cold water I figured, why not replace it with this juice instead...? It complimented the jelly that I used wonderfully and the kids all gobbled it up, seriously, it didn't last us long as I had expected it to. My husband tried some and didn't like it at all, so I decided to share the rest with my mother. A nice cold glass each and we both agreed that it is a nice drink. Her opinion was that it is bitter sweet, in a nice way, morish and very refreashing. I would have to agree on the bitter sweet aspect to it, for my it's similar to ribena with raspberry and a bit of a zing.

I really rather liked this though I'm really not sure about the price tag, not something I can always afford on my budget but if I see it on special I will be grabbing some for sure.

I am not 100% sure whether or not I have had pomegranate juice before, but I am fairly certain I haven't, so it was interesting trying something new, especially with this drink. My immediate expectation was that this drink would be quite a mild flavour, like apple juice; what a fool I was. The product had a strong sharpness to it that was actually quite pleasant, it was a "wake me up" kind of drink, in that it was refreshing and yet the sharpness would definitely help me wake up in the morning!

The flavour itself was really nice, having never tasted pomegranate before, I can't make a comparison to the taste of the fruit itself, but nevertheless I found it to be a good blend of sweetness and tartness. It was very fruity, and also a bit acidic, so I would NOT recommend it to anyone who is having teeth issues, as drinking it would probably send their teeth into a world of pain.

The portion size was a bit small, I found that I went through the carton a bit too fast, but then again, I plow through any food or drink that I can get my hands on! The flavour was overall quite pleasing, and both of these factors make this product worth it's price, which itself is quite reasonable. To summarize, I think that this is an awesome drink, one I would like to try again, and thankfully, they sell this drink at a shop nearby to be...

Usually when I try something new I like to read the information on the bottles/packaging. Unfortunately most of the information is in Turkish and so I could not read about all the benefits of drinking this. In saying that there is an area which informs you of who imports and distributes, the nutritional information and the ingredients but no light and fluffy reading like this would promate health and vitality.

To be honest if I saw this in the supermarket I would probably keep walking the container does not scream out to try me in any way. The picture and colours just look dull and rather uninviting and one look at the price I would definitely of skipped.

I have had rather a lot of stress lately and it has blown my cholesterol levels out of the water so when I saw the health benefits inlcuding the slow down of the oxidation of LDL Cholesterol by 50% I knew I just had to try. Looking at the container I was a little hesitant but last night decided to bite the bullet and try. I poured a class and my first thought was not really pleasant. I had cleaned our turtle tank earlier in the day and that is exactly what this liquid looked like so not exactly very appetitising.

I poured my husband a glass and he quickly sipped and said reminded him of 'cranberry juice'. So I took a sip and actually tend to agree with him it is rather sweet but not over powering and goes down nice. The after taste is pleasant but in all honesty I would not say I felt refreshed. It took a while for me to finish my glass. I know the health benefits are there and so I will continue to drink until it is finished but I don't beleive I will buy again. I found the cap very hard to turn and even taking the cap off for another class this morning I had real difficulty as the top of the carton seems to have concaved some.

I can't say that I have ever had pomegranate juice before and I was excited about trying it. I like most juices and fruit and it was fair to say that I would most likely enjoy this product.

Yesterday was the day to try it. I had seven members of my family sitting around the table at lunch time. I poured a small glass for each person. There was only one member of the family who didn't like it - Mr 5 wasn't keen on it at all but he can be a bit funny with things which taste a bit different. The rest of the family found that it was a refreshing drink and that it wasn't too sweet. It was sweet enough but not too sweet.

The fact that there is no added sugar would have gone a long way to keeping the taste at a nice level of sweetness. The ingredients are very simply - pomegranate concentrate made with you guessed it...pomegranate! The ingredients list also has water in there. I see that there are health benefits of having pomegranate juice and I like the idea of drinking something which tastes nice and is also good for you.

One thing to note was that when I opened the twist type plastic lid, a couple of small pieces of white plastic fell off into the container. I had to watch out for this when I was serving the juice. I would prefer not to have plastic floating in our drinks.

The price is quite high for a litre of juice, however the fact that it is straight juice makes it worth it in my opinion. This is a juice that I would consider having again. I would be happy to keep it to myself rather than sharing it!!

26000 Vodka is smooth and soulful, our 26000 Vodka is traditionally handcrafted using 26000-year-old water and GE-free grains, then triple distilled for extra purity, making it one of the purest vodka in the world.

Try the Raspberry and Lemon Drop-infused vodka for a burst of sweet berry taste with a pleasant lemon bite.

26000 Vodka is enchanting straight or mixed.