ProdID: 6038 - The Leftovers: Season One
Type of Show: Drama 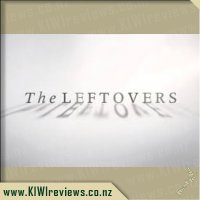 The Leftovers: Season One product reviews

Revolves around mysterious disappearances, world-wide, and specifically follows a group of people who are left behind in the suburban community of Mapleton. They must begin to rebuild their lives after the loss of more than 100 people.

What would happen, what would the world be like, if the Rapture really happened?

The Leftovers starts off by giving us a quick glimpse into what happened but then skips ahead a bit to show us how one small town is surviving the Rapture (although they donâ ™t call it that, itâ ™s the best word I can think of for describing it). 2% of the worldâ ™s population just â˜poof!â ™ disappeared, without a trace, nothing left behind, nothing to show why and right in front of people while holding hands, sitting in cars, having sex etc. just â˜poofâ ™. We follow the chief of police as he navigates this new world, deals with all that comes with and generally tries not to go insane like his father did.

We slowly learn peopleâ ™s histories and how all our main characters are connected. The main thing that kept me watching was that it didn't focus on the religious side of things, yes there is a priest but nothing more than what you would expect. Thereâ ™s the Guilty Remnants (who are kind of like a cult, and force people to remember their lost loved ones), a man who is like a messiah who is â˜sowing his seedsâ ™ and more, people losing the plot and so much more going on. The acting is really well done and all the characters are well acted, a couple of characters I wanted to see more of, so Iâ ™m hoping there is a bit more of them in the next season.

I rather enjoyed this show and I am looking forward to watching the next season.