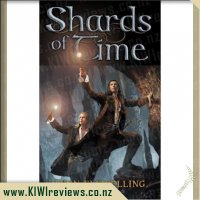 Acclaimed author Lynn Flewelling brings her beloved Nightrunners series to a close - at least for now - with a thrilling novel of murder, mystery, and magic.

The governor of the sacred island of Korous and his mistress have been killed inside a locked and guarded room. The sole witnesses to the crime - guards who broke down the doors, hearing the screams from within - have gone mad with terror, babbling about ghosts... and things worse than ghosts.

Dispatched to Korous by the queen, master spies Alec and Seregil find all the excitement and danger they could want - and more. For an ancient evil has been awakened there, a great power that will not rest until it has escaped its otherworldly prison and taken revenge on all that lives. And only those like Alec--who have died and returned to life - can step between the worlds and confront the killer... even if it means a second and all too permanent death.

Star of the Guardians 1 : The Lost King

There Was an Old Lady Who Swallowed a Star
Rating: 8.9

I am a huge fan of Lynn Flewelling and in particular her Nightrunner series. There are seven books in total and I absolutely love them all - the characters and world that the author has created is just masterful.

I received the seventh and final volume in the series for Christmas. I'm really sad to see such a great series coming to an end so it was with a heavy heart that I embarked upon Alec and Seregil's final adventure.

In this book Alec and Seregil are dispatched by the Queen, to the sacred island of Kourus to investigate the suspicious death of the governor and his mistress. Upon arriving on the island things slowly turn from bad to worse as the mystery begins to unravel and they discover just what they're up against.

I couldn't put this book down. It's a tale of murder, mystery and magic, ghosts, necromancy, dra'gorgos and demons, lots of excitement and action that's for sure! There's even a touch of humour and wit, usually at the expense of Thero (the wizard) and without giving anything away, a few surprises too which, I must admit, made me squeal with excitement.

I love the layers in this book from the many mysteries and intrigues to all the different character relationships and perspectives - it all comes together seamlessly and adds depth to the storyline.

I know the author wanted her characters to "leave while the audience is still clapping" (her words) and they definitely went out on a high. However, I would have liked a more final ending, as it is it's very open ended which will allow the author to return to this series should she wish to sometime in the future (which I really hope she does).

I highly recommend this book to anyone who loves a good fantasy adventure but I do suggest that you start at the beginning of the series so you get the full Alec and Seregil experience - "Luck in the shadows... And in the light".

Nature is out of balance in the human world. The sun hasn't shone in years, and crops are failing. Worse yet, strange and hostile creatures have begun to appear. The people's survival hangs in the balance.

To solve the crisis, Kaede and Taisin are picked to go on a dangerous and unheard-of journey to the city of the Fairy Queen. Taisin is a sage, thrumming with magic, and Kaede is of the earth, without a speck of the ... more...