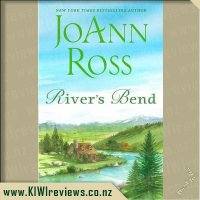 Welcome to River's Bend - Oregon's most western town where spurs have a job to do and cowboy hats aren't a fashion accessory. Rachel Hathaway was living a fairy tale when she learned the hard way that fairy tales never warn you that the prince could die of a perforated ulcer, the creditors could end up with the castle, and it could be back to the ashes for Cinderella. With her storybook marriage shattered, Rachel vows to never, ever, risk her heart again.

No stranger to personal tragedy, Sheriff Cooper Murphy knows about starting over. When Rachel arrives in River's Bend to begin a new life with her young son, he realizes that the love-shy single mother is just the woman he's been waiting for. Although he wants to throw her over his shoulder and carry her off into the western sunset, Cooper knows that he'll have to be patient, move slow, if he wants to convince Rachel to believe in their own Happily Ever After.

I wonder why Dinosaurs Ruled
Rating: 9.4

The Story of the Little Mole Who Knew it was None of His Business
Rating: 10.0

I enjoy books about serious things and also books about love and romance and this is one that would fit nicely into the romance category.

I wanted to see how easy it would be to download a book onto my kindle and this title looked like it could be worth reading. Who wouldn't want a second chance? Would you be brave enough to move your young son to a different part of the country and start a new business knowing no one at all just because your fairy tale didn't go the way you thought it should.

The characters were following a classic set pattern as most romance writers seem to think that nothing goes differently. I liked that Cooper didn't push Rachel too fast and realised that sometimes you have to move slow to get the girl and sometimes you need to approach the son first so that she feels guilty about saying no.

There were some parts that were so predictable that I could skip a few paragraphs and not miss anything and some were funny and had me laughing so much that the kids were asking me to read it to them (not likely) but there weren't many places that had me thinking that the guy needs a good smack and to realise that women have thoughts and lives as well (some writers seem to make the woman weak and not able to put a thought together and the man just does what he wants and says that her no means yes as she always gives in and consents).

The story was easy to read and not too hard to put down and I didn't have to concentrate too hard on the subject matter. Sometimes we need to relax and have a bit of fantasy in our lives.

Capt. Will Laurence of His Majesty's Aerial Corps and his extraordinary dragon Temeraire, gratefully anticipate their voyage home after their tempestuous adventure in China.

But before they can depart urgent new orders arrive: instead of sailing with the fleet, Temeraire and his crew must make a perilous over-land journey, stopping briefly in Istanbul to collect and escort a precious cargo of dragon eggs back to ... more...